A brief history of the Carlin clan

The Carlin clan has roots in several counties in Ireland. 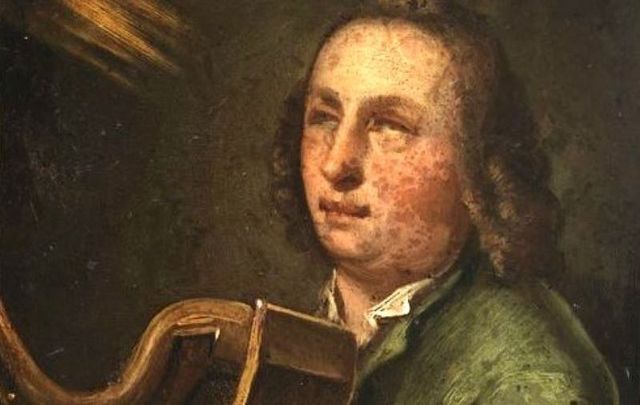 The Carlin name is found in County Limerick, where they held a family seat in ancient times, as well as in the counties of Meath, Derry, Cavan, Monaghan and Tyrone. The name is derived from the original Gaelic forms, O Caireallain and O Cearbhallain.

The O Caireallains hailed from County Derry, and were the chiefs of the Clan Diarmada in the area of Tirkeeran, and Clondermot parish, which in ancient times was inhabited by the Darini. Over the centuries the name anglicized into the form of Carlin, Carleton, Carolan and a number of other variations.

Turlough O'Carolan, the famous blind composer (once face of the Irish 50-pound note), descended from the O Cearbhallain sept of Leinster. O'Carolan was born in 1670 near Nobber in West Meath. At the age of 18 he contracted smallpox, which left him permanently blind in both eyes. Although tragic, it was because of his blindness that he was able to realize his extraordinary musical talent. A local noblewoman named Mary Fitzgerald McDermott Row saw to it that he was trained in the Irish harp.

O'Carolan's first work of composition, "Si Beag, Si Mr," gained him particular fame and sparked his career as a traveling bard. He feasted and fested with the wealthy and elite of Ireland, often writing "planxties" (small tunes of honor) for a member of his host's household. At the age of 50, O'Carolan married Mary Maguire and the couple had one son and six daughters. He died at the age of 68, gregarious to the end. His final words are said to have been a touching ode to an old notorious friend: "The drink and I have been friends for so long, it would be a pity for me to leave without one last kiss."

Another descendant of the O Caireallain family is the writer William Carleton. William was born on March 4, 1794, to a large Irish family of sixteen. His father was a tenant farmer and thus he received a basic education, attending various "hedge-schools." He then got the opportunity to study with a priest named Keenan at a classical school in County Monaghan. Because of an ominous dream, Carleton decided not to pursue a life in the Church (he eventually became a Protestant) but instead returned home.

At about 19 he began working as a tutor, eventually making his way to Dublin. He worked at various jobs, from bird-stuffer to soldier, until finally settling into a teaching and clerkship position at a local Sunday school. It was at this time that he began contributing to a number of literary publications. In 1830 Carleton's first series of Traits and Stories of the Irish Peasantry (thought by many to be his best work) brought him considerable literary fame, and was followed in 1833 by a second series. Carleton continued publishing numerous works including The Black Prophet, a Tale of the Famine and The Tithe Proctor. He died at Sandford, County Dublin on January 3, 1869 at the age of 75.

During famine times, a family of Carlins was part of the 1847 evictions of Ballykilcline, County Roscommon. For years, beginning in 1834, tenants had refused to pay rent to the landlord. They survived constant threat of eviction and harassment until 1847, when close to starvation, they were driven from their homes by the British. The landlord paid the fare to America for those families who relinquished their rights to their ancestral lands. One family forced into exodus was the John Carlin family. John with his wife Honor and three daughters Bridget, Ellen and Mary departed the port of Liverpool on the ship Roscius on September 19, 1847, arriving in New York City on October 21.

A more recent illustrious progeny of the O Caireallains is the late comedian and political commentator George Carlin. Carlin was born in the Bronx on May 12, 1937. His father, Patrick, was born in Donegal town in 1888. His grandfather, also called Patrick, was from County Tyrone.

The fledgling TV network The N made South of Nowhere, an Irish Catholic series one of its prominent shows. The product of Irish American writer Tom Lynch, the show features Arthur and Paula Carlin and their three children.

Other quite popular "Carlins" include those little smush-faced dogs referred to as Pugs but more commonly known as Carlins. They too carry the lofty name.