American Ancestors has announced the expansion of their digitization project of Boston's Catholic records. 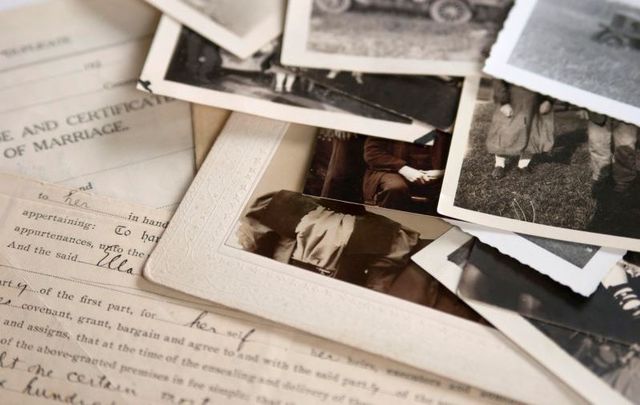 Irish and Irish American ancestry in the Boston area is becoming easier to research thanks to a digitization project expansion. Getty Images

As the Archdiocese of Boston expands its digitization efforts, researching your Irish and Irish American Catholic records online is set to become even easier.

Religion News reports that in 2016, the Archdiocese of Boston became the first in the US to begin efforts to digitize and make accessible online some 200 years worth records of baptisms, confirmations, communions, marriages, holy orders, and the anointing of the sick.

Included in those, of course, are plenty of Irish and Irish American records.

The Archdiocese has teamed up with the New England Historic Genealogical Society, also known as American Ancestors, for the project that has already seen a vast amount of information digitized.

While the initial plan was to digitize records from 1789 through 1900, which accounts for more than 150 parishes, 11 million names, and 800 volumes of records, organizers announced in August that the project is being expanded to include records from 1901 - 1920, growing the database by 60 additional parishes.

Brenton Simons, president and CEO of American Ancestors, told The Boston Pilot: "The expansion of this historic collaboration between the Boston Archdiocese and American Ancestors will enrich the research of family historians in America and beyond and be especially informative in Irish, Italian, and French Canadian genealogy. Newer parishes from the 1900s add Lithuanian, Polish, and Portuguese genealogical data of interest.”

Since the news of the expansion, records from several parishes have already been added online, with more being added as they’re digitized.

Thomas Lester, the archivist and records manager of the Archdiocese, told The Boston Pilot: "Use of the records by researchers around the world has exceeded our original expectations and we are excited to offer additional content, with more insights, and deeper glimpses into the history of the Roman Catholic people and parishes in greater Boston.”

Lester added: “Of equal importance is that we are continuing to create a digital backup to help preserve these irreplaceable records.”

Lester highlighted the importance of the project with The Boston Pilot: “Some of the records we found don’t match the civil records, so they can fill in the gaps there.”

“Some of the people who were newly arrived immigrants may not have reported all their births or marriages to the city or state, so you won’t find a birth certificate for your ancestor, but you may find a baptismal record in our books. This might be the only record of them existing.”

Boston's Catholic digitized records can be viewed online here.  Further databases are also available to search. There is no cost to view images of the records, but the searchable database is only available to American Ancestors subscribers.

Have you used the American Ancestors database to research your ancestry? Tell us about your experience in the comments.