"Betty the Bag Lady" was murdered in Michigan in 1992, now experts believe the victim has DNA connection to Ireland. 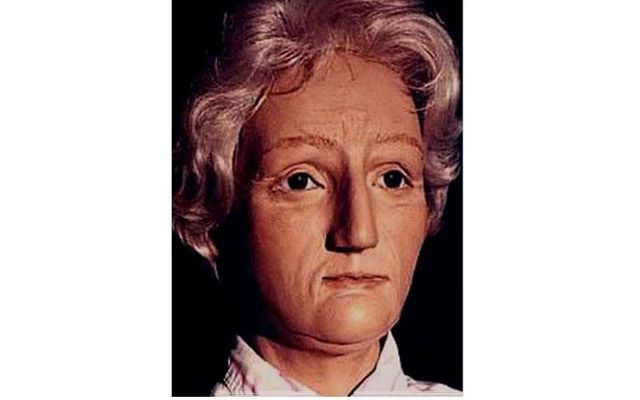 Twenty-nine years ago Jane Doe, aged between 65 and 70,  was discovered at the side of a highway. The victim is now believed to DNA links to Ireland and Michigan police and the DNA DOE Project are asking the Irish to take DNA tests to help their analysis.

In August 1992, a Jane Doe victim's decomposed remains were discovered by the side of the Red Arrow Highway, which links Michigan, Illinois, and Indiana. Now 29 years later the DNA DOE Project, a nonprofit genetic genealogy agency, and Michigan State police are appealing to Irish people with common ancestral surnames of the woman known as "Betty the Bag Lady" to submit their DNA in order to identify the victim.

Advanced DNA testing on her remains in 2019 established genetic matches to relatives in Waterford, Kerry, and possibly Clare. With the help of genealogists, 15 family names have been identified with genetic links to Betty.

Franchesca Werden of the DNA DOE Project told the Irish Independent she believes Ireland hold the answers to this 29-year-old mystery.

“The DNA matches are low, probably in the third cousin range. We are asking people to take a DNA test and upload their results onto GEDmatch.com or FamilyTreeDNA.com.

“If someone is tested with Ancestry DNA or 23andMe, they can download their raw DNA and upload it to either. She would have been born in the 1920s, making it very likely she was the child of Irish emigrants.”

She added the people should make an informed decision before they submit their DNA for analysis.

Werden warned “If you take a DNA test, even if you have already taken a DNA test and there are no surprises, that doesn’t mean when you upload it to GEDmatch, there isn’t going to be an unexpected result.

“As long as people are comfortable with DNA testing and you have these surnames in your family, please consider helping us.

“You may not be a Cashman or a Kelly, but your maternal grandfather may have been.”

The DNA DOE Project explains the tragic discovery of asking "Who was Betty the Bag Lady?"

"On the evening of August 23, 1992, a passerby noticed what appeared to be a body wrapped in a black plastic bag 15 feet off the side of a rural road near Red Arrow Highway in New Buffalo, Michigan.

"The nude, decomposing remains of a white-caucasian elderly woman were found wrapped in a sheet and inside two garbage bags, with her feet wrapped in an institutional-type white towel.

"Both her hands and her dentures were missing. Forensic scientists determined the body had been dumped about 24 hours prior, and that the woman had been deceased from four to seven days. Investigators speculate she may have come from a care facility in either northern Illinois or Indiana."

Retired Detective Sergeant Doug Kill has been working on this case for decades He told the Irish Independent he would “love to see a resolution and justice” for Betty.

“It has been a mystery for 29 years. Her body was found right off the freeway. Unfortunately, we get a lot of bodies dumped in our area (New Buffalo). It is the first exit off the freeway into Michigan," Kill said.

“Every case that I have worked out has been from Chicago. This is the only one we have not been able to solve. The poor lady deserves justice. It would just be awesome. All the original detectives still care for her and want to know what happened. Somebody was trying to hide her identity for some reason. Maybe she was collecting some monetary aid from the government, and they wanted that to continue.

“People in Ireland could have questions about an aunt or cousin who went to America and was never heard from again. Maybe she has family in Ireland who want her back and they could give her the decent burial she deserves.

“We really appreciate any help we could get from the people of Ireland.”

Check out this WOOD TV8 news report on the genealogists work, from March 2021: