A relic of St Nicholas buried in a Kilkenny graveyard could be sent off for DNA testing to prove its authenticity once and for all. 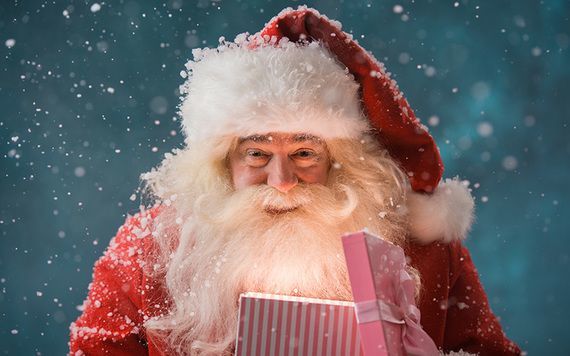 The small town of Thomastown in Co. Kilkenny must surely be one of the places that makes Santa feel especially at home when he delivers presents on Christmas Eve.

Because it is in Thomastown that his earthly predecessor, St Nicholas, is said to be buried and scientists are setting out to prove it. A bone thought to belong to the late saint has been tested through carbon-dating and found to date from the 4th century, around the time St Nicholas was alive. (He died in 343.)

“Many relics that we study turn out to date to a period somewhat later than the historic attestation would suggest,” said Prof Tom Higham of the Oxford Relics Cluster.

“But this bone fragment, in contrast, suggests we could possibly be looking at remains from St Nicholas himself.”

Historians at stnicholascenter.org are confident that the bone is a genuine St Nicholas relic.

"Evidence lends some possible credence to this tale," they write on their website, "as the Normans in Kilkenny were keen collectors of religious relics – possibly even more so than the Italians. And it is known that Norman knights from Kilkenny participated in the Holy Land Crusades."

Now many want to send it off for DNA testing and to see if it’s from the same skeleton as other alleged relics. In total there are thought to be around 500 relics from St Nicholas worldwide and it’s unlikely that they’re all genuine.

In order to clarify whether Kilkenny hosts Santa Claus’s earthly remains, the bone would need to be excavated and that would be controversial within the local community.

According to legend the relic was brought to Ireland in the Middle Ages by a wealthy French (Norman) family and was buried there as a gift to the local community.  It remains today in the same grave at St Nicholas Church where it attracts pilgrims and tourists from abroad, but rarely much attention from Irish people.

Where better to be on Christmas Eve, than at Santa's grave? The tomb of Saint Nicholas, Newtown Jerpoint, Co Kilkenny. pic.twitter.com/2LdQFUy6eJ

Former Kilkenny Mayor, Andrew McGuinness, once said, “It's not only Kilkenny's best-kept secret, it's probably Ireland's best-kept secret. Santa Claus is a Kilkenny man and hardly anyone knows about it. But I'm determined to change this. There's great potential to develop a tourist-related business here."

Would you visit Santa's grave in Kilkenny? Tell us in the comments below!