Clocks going back in Ireland tonight but what about the Irish cows?

"Very disadvantageous results” for milking cows were predicted when Ireland changed time zone back in 1916. 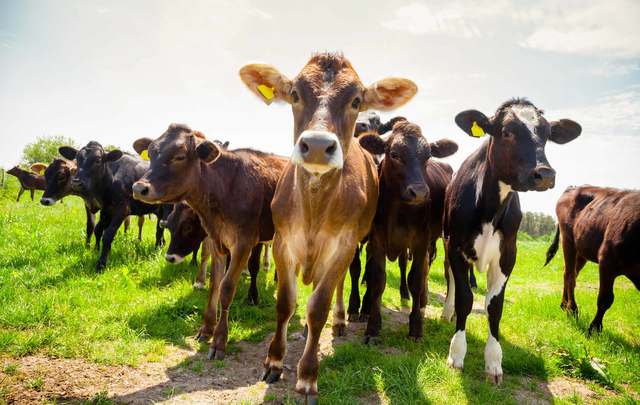 "Very disadvantageous results” for milking cows were predicted when Ireland changed time zone back in 1916.

The welfare of dairy cows was central to the discussion surrounding the changing of time zones in Ireland over 100 years ago as the country was brought into line with Greenwich Mean Time, a move that was seen by many as an attempt by Britain to strengthen the ties between the two nations after the Easter Rising of 1916.

This weekend the clocks will fall back an hour in Ireland as Daylight Savings Time comes to an end (a week before the US) for perhaps the last time. The European Commission has recommended that member states of the European Union do away with Daylight Savings Time in 2019, a move that has drawn some criticism by British commentators but widely accepted in a Europe-wide survey recently conducted.

The few polls conducted in Ireland reveal an indifferent acceptance of the proposed change in 2016, but it was quite a different story in October 1916 when ‘Dublin Mean Time’ or ‘Irish Mean Time’ was replaced by the British ‘Greenwich Mean Time.'

It’s hard to imagine that Ireland once had its own time zone, based on astrological information collected at the observatory in Dunsink, just outside Dublin City, but for 36 years Irish clocks officially ticked 25 minutes behind their British counterparts. On October 1, 1916, however, British clocks were turned back a full hour while the Irish were instructed by Westminster to reset their only 35 minutes to fall in line with the rest of the United Kingdom.

The change was not well accepted. Countess Constance Markiewicz wrote to a Republican lawyer in England claiming that the Irish people were enraged that English time was being forced upon them. She said that the change, on top of many other things the English had done since the  Rising earlier that year, would encourage the Irish people to support Sinn Féin.

It wasn’t only the Countess who was annoyed about the change. Cork County Council decided to take an official stand against it and voted in favor of a motion that Ireland should have “her own natural time”. The councilor JD O’Connor stated that cows which had before been milked at 3 pm would now be milked at 3:30 pm “with very disadvantageous results.” His colleague, J O’Mahony, claimed that nobody in the county “would pay any heed to the new time.”

Read more: Herd of Irish cows go for a swim off the Donegal Coast, as you do (VIDEO)

In a letter written to The Irish Independent a few months before the change took place, a member of the public claimed that the whole issue was a “question of identity” and that he hoped that the people of Ireland would stand against the decision.

“The proposal to substitute Greenwich for Irish time is one that I hope will be vigorously resisted by the Irish people. To suggest that there is anything like a general demand for the change is, in my opinion, the exact reverse of the truth. The question is whether we should give up this mark of our national identity to suit the convenience of shipping companies and a few travelers,” he wrote.

In 2012, the TD (member of the Irish parliament) Tommy Broughan brought forward a bill to remove Daylight Savings Time and to bring Ireland in line with mainland Europe (ECT), which would have left Ireland an hour ahead of Britain. The bill was not passed, but the European Commission’s plan would see a similar change affected should the Dáil enforce it next year.

Spain used to operate on GMT until the dictator Francisco Franco, who enjoyed the support of the Nazis, brought the country into line with Germany in 1940. When the Second World War ended, the time zone was not changed back and Spain remained an hour ahead of the English despite sharing the same line of longitude. The Canary Islands, a group of African islands under Spanish rule, still operate on GMT.

Several other countries around the world have chopped and changed their time zones over the years, the most attention-grabbing of these being North Korea who officially changed their clocks back 30 minutes in 2015. Although this decision was ridiculed on social media, there are at least seven other countries who use half-hour marks between times zones, parts of Canada and Australia among them. Indeed, Nepal uses a quarter-hour mark and bases its time zone on the time the sun passes over a particular mountain.

Other countries, such as China and India, are so large that several time zones ought to be employed in them but authorities enforce a uniform time-zone. Although not used in practice, this means that it is pitch dark at ‘mid-day’ in western China while the sun sits in the middle of the sky in Beijing.

With Brexit looming,  and a strong anti-EU sentiment in Britain, the changes suggested by the European Commission, coupled with the potential hard-border in Ireland, could lead to the bizarre situation of Belfast and Dublin, separated by a mere 140km, operating on two different time zones.

Which time zone do you think Ireland should be in? Let us know in the comments section below.