The Boss was talking to Ryan Tubridy on RTÉ's Late Late Show on Friday night and also called his Irish fans the best in the world. 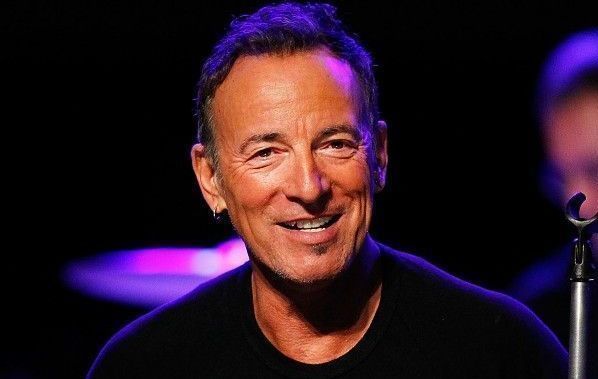 Bruce Springsteen has told a top Irish television show he will move to Ireland if Donald Trump wins the election.

The Boss was speaking via Zoom to Late Late Show host Ryan Tubridy on Friday night. He told Tubridy he will move to Ireland should the Donald spring yet another massive surprise.

"Trump will lose. If not, make room for me in Ireland," he said.

With the US Presidential election less than two weeks away, Tubridy asked Springsteen whether he was bothered by President Trump.

"Isn't he bothering everyone?" Springsteen laughed. "We've got another two weeks before he gets thrown out, which I'm confident that he will.

"Hopefully it'll be the beginning of America getting back on its feet a little bit. It's been a terrible four years."

Springsteen would have lots of family roots to explore,

The Boss’s great-great-great-grandfather, Christy Gerrity, from Rathangan in Kildare, was, in fact, a bit of a hell-raiser.

The Irish Independent reports that in 1823 Gerrity was arrested and imprisoned under the Insurrection Act, which targeted those protesting the social injustice of excessive tithes, rent payments, and related evictions of the time.

In a 2012 interview, he explained that it was his Catholic upbringing rather than political ideology that most influenced his music. He noted in the interview that his faith had given him a "very active spiritual life," although he joked that this "made it very difficult sexually." He added: "Once a Catholic, always a Catholic.”

Springsteen has never lost his connection to his Irish roots, as he told Tubridy on Friday night.

He talked about his Irish heritage and growing up as an Irish-Italian Catholic in the United States during Friday night's talk show.

"I was raised by the Irish side of my family, and they were pretty old school back here in the States," Springsteen said.

The Boss also talked about his experiences at Irish wakes at a young age.

"When I was young, there was a lot of big wakes. So you got used to these wakes and the body would be there and everyone would be drinking and conversing while the body was in the center of the room."

"I like to get out there and play. Our Irish audience has become one of our greatest around the world. We've got a beautiful relationship with our Irish fans. It's just a pleasure for me, I love doing it," Springsteen said on the Late Late Show.

Springsteen last played in Ireland in 2016 when he played two nights at Croke Park with the E Street Band to the delight of the 80,000-strong crowd in attendance on each night.

Those concerts were typical Springsteen, with long and lively instrumental performances and crowd participation.

The music legend also paid homage to Pogues frontman Shane McGowan during the interview, calling him a "master" lyricist.

"He's the man," Springsteen said. "I truly believe that one hundred years from now, most of us will be forgotten, but I do believe that Shane's music is going to be remembered.

"He's a master and I have a deep, deep appreciation of his work and the work he did with the Pogues."

"Our Irish fans has become one of our greatest around the world, we got a beautiful relationship with our Irish fans."

The legendary Bruce @springsteen chats to Ryan about his Irish roots and 'master' Shane MacGowan🤩#latelate pic.twitter.com/c3KIK1bphv