Michael Fassbender beams with pride for his Kerry roots (VIDEO)

The Hollywood star picks up his hometown’s highest honor, The Order of Inisfallen, accompanied by his parents. 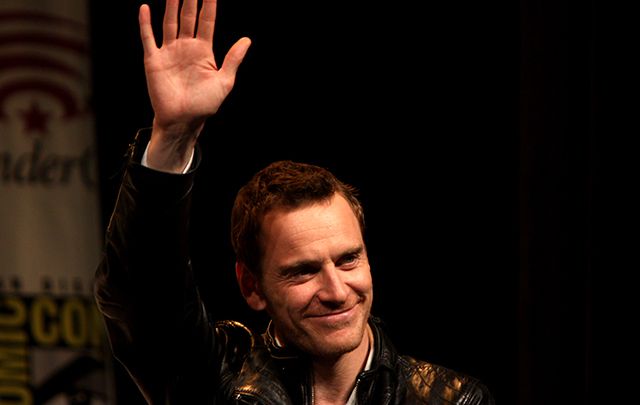 The Hollywood star picks up his hometown’s highest honor, The Order of Inisfallen, accompanied by his parents. Gage Skidmore / WikiCommons

Michael Fassbender may currently be one of the world’s most famous and sought-after actors, but he still remembers the moment when he discovered he could act – when he was playing an ugly stepsister in a school production of "Cinderella" in his hometown of Killarney, Co. Kerry.

Gushing is the only way to describe the Hollywood star during his return home to Killarney last week to receive the town’s highest honor, The Order of Inisfallen. Accompanied by his partner, Oscar-winning actress Alicia Vikander, and his parents, Co. Antrim native Adele and German Josef, the 39-year-old spoke with fervor about his pride as a Kerryman.

“Through my work I get to travel all over the world. It’s one of the many perks – alongside kissing Alicia Vikander,” he quipped.

“The support for me here in Killarney and Fossa and Kerry takes my breath away.”

Although born in Germany, Fassbender moved to Killarney when he was two-years-old with his parents and sister Catherine, then aged six. His father, a chef, ran a restaurant for 20 years that became one of the popular tourist town's top places to eat. Both his parents still live in Killarney while Catherine, a leading neuropsychologist, is based in California.

Describing his family as “immigrants” to the county, the "X-men" star spoke with affection of his upbringing in Ireland, giving a special mention to his primary school, Fossa National School; St Brendan’s College, his secondary school; and to the actor Donnie Courtney, who he describes as “more responsible than anyone” for his introduction to drama and the incredible success he has had as an actor.

“Mom and Dad, I want to thank you ... for your wisdom and foresight in moving here and giving Catherine and myself roots in this very special place,” he said.

“It’s only because of this town and its people that I am in a position to receive this award. Thank you to Killarney and to everyone in Killarney.”

Accompanied by an uilleann piper as he entered the grand Muckross House, the famous actor was given a scroll and a special lapel pin to officially honor him as a member of The Order of Inisfallen, named after one of Kerry’s most historic sights, the monastic island where Brian Ború studied.

🔸🔹 Michael Fassbender: "Through my work I get to travel all over the world, it's one of the many perks, alongside kissing Alicia Vikander." pic.twitter.com/qMqX6490q1

“He has never shied from his roots in Killarney. You have always retained your links to Killarney. Welcome home!” said Killarney mayor Brendan Cronin at the ceremony, while recalling Fassbender’s time as an altar server at the local Fossa Church.

And the night didn’t end there! What with his jet-setting lifestyle, it must be difficult for Fassbender to return home often. He was spotted making the most of his trip back to the Kingdom later in the evening in the Europe Hotel (where his father initially worked when the Fassbenders first moved to Killarney), joining musician Ken Kirwan on stage and trying out his best Elvis impersonation on “Suspicious Minds.”