Alexis Mac Allister, the midfielder for Argentina's World Cup squad, is "quite sure that he comes from Ireland," his Irish relatives say. 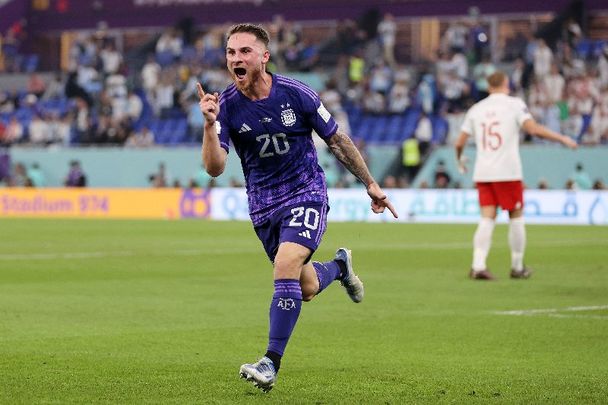 Mac Allister scored Argentina's first goal in their crucial group stage win over Poland, while his performance saw him win the man of the match award.

Boasting red hair, Mac Allister gained attention in Ireland for his Irish-sounding surname, leading his distant cousin Noel McAllister to appear on RTÉ over the weekend to explain how some of the family ended up in Argentina.

"Then he sent back for his two nephews John and William. One was eight and one was ten and we can never understand at that young age, how they got to Buenos Aires."

Noel told RTÉ that the Mac Allisters eventually settled in Pergamino because a number of Irish people had already settled there.

He also explained how the chance purchase of a newspaper in 1995 led him to discover that there were plenty of Mac Allisters still living in Argentina.

"It was a photo of Dick Spring, the minister of foreign affairs at the time, in the hurling club of Buenos Aires Argentina, with the President of the hurling club Dickie Mac Allister," Noel explained.

He sent a letter to the hurling club asking for information and received a letter from the club that detailed the Mac Allister family history all the way back to Donabate in Dublin.

“The Irish community in Argentina is very strong,” Dickie told RTÉ. “He [Alexis] is quite sure that he comes from Ireland. It’s nice to have this experience of a Mac Allister playing in the World Cup. We’re so proud about that.”

Noel, however, added: “It’s an awful pity he’s not playing for Ireland."

Alexis Mac Allister knows all about his Irish heritage, all the way to Donabate.

Philip McAllister, another distant Irish relative of the Argentinian footballer who lives in Laytown, Co Meath, has become the link between the McAllisters of Ireland and the Mac Allisters of Argentina.

Philip was traveling Latin America in 2006 and visited his distant relatives, helping to forge links between them that have persevered until today.

"I knock on the door in Argentina, door opens to a whole big family of McAllisters - Dickies, and Monserrats, and Pablos, and Elaynes, and Kevins, and Michaels, and Johns - the whole lot of them," Philip told Balls.ie.

The Irish McAllisters have not met Alexis Mac Allister and his father Carlos, who played for Boca Juniors and Argentina alongside Diego Maradona.

However, Alexis is aware of his Irish lineage and spoke about his connections to Ireland in an interview with the official Olympics website ahead of the 2022 World Cup in Qatar.

Up to one million Argentinians can trace their ancestry to Ireland, making it the fifth-largest Irish Diaspora in the world and the largest Irish diaspora in a non-English-speaking country.

Mac Allister's performance against Poland earned him a place in the starting line-up for Argentina's round-of-16 win over Australia, which saw an inspired performance from Lionel Messi.

Messi, Mac Allister, and the rest of the Argentina squad will next take on the Netherlands in the FIFA World Cup quarter-final at 2 pm EST on Friday, December 9.