Who is the red-haired Irishman beside Messi in the Argentina team?

Up to one million Argentinians can trace their ancestry to Ireland, making it the fifth largest Irish Diaspora in the world. 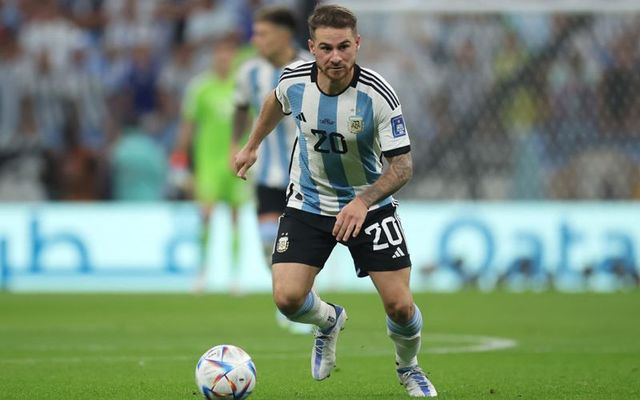 The Argentina team led by the incomparable Messi that defeated Mexico in a mighty struggle on Saturday to keep their World Cup hopes alive will likely forever be remembered in soccer-mad Argentina.

Wait a second, who is this Irishman named Mac Allister in the midst of all the Spanish surnames?

He even has red hair. In fact, his teammates teased him so much about it that Messii had to step in and say leave him alone according to a report in La Nacion newspaper.

Alexis Mac Allister is the name of the red-headed Argentinian star.

He is part of that wave of his Irish ancestors who left sometime in the 1830s when two parish priests decided to move many of the penniless Irish population in the midlands to Argentina, where valuable land was available and plenty of work for Irish farmers.

From that migration is where the Mac Allisters came. Alexis has two brothers, Kevin and Frances, which shows the Irish connection has passed down the line among the family.

Up to one million Argentinians can trace their ancestry to Ireland, making it the fifth largest Irish Diaspora in the world after the US, Canada, Britain and Australia, and the only one that does not use English as their first language.

So when you see Messi in all his glory, take a look at the red haired Irish man playing his heart out too beside him--he’s one of us.