From a GAA commentator to Rubik's Cube geniuses! These Irish world records are out of this world. 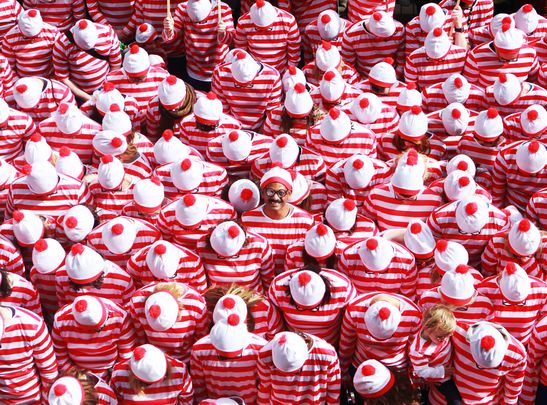 After Carlow man Ed Cahill set the world record for the most toothpicks in a beard in October 2012, it got us thinking – what other world records does Ireland hold?

We don't have the biggest military or the largest skyscrapers, but it turns out we do have a fair sense of humor and a willingness to try things out!

Dave Browne decided he'd play the guitar continuously for 42 hours straight and set a world record. Only when he began to research it, it turns out that he had to play for 113 hours straight.

The rules included five minutes rest per hour of playing, no more than 30 seconds between songs, and a rule that banned repeating a song within four hours of playing it.

The video above shows Dave (on the right) jamming away, amazingly still standing, as he breaks the 113-hour record at The Temple Bar pub in Dublin. But he wasn't quite done – he rocked on to a total of 114 hours, 6 minutes and 30 seconds!

Most vertical feet run in 24 hours 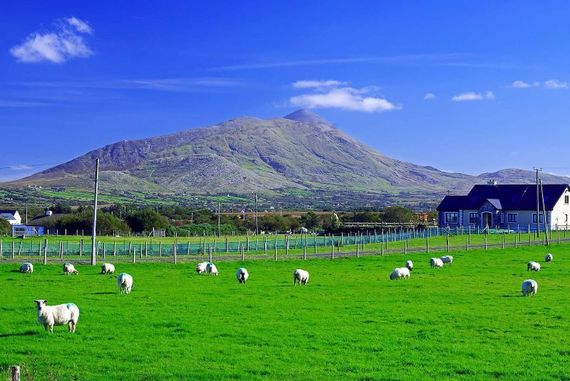 To the rest of us, that's running up and down. If you were to add all that vertical height together, you'd be just under the Armstrong limit - the point at which the human body can no longer survive the lack of atmosphere.

Jaimie Donovan was 8 years old when she traveled to the North Pole from Galway, with her family, to the North Pole Marathon. She didn't take part herself, but her father, Richard Donovan, is an endurance athlete. In doing so, she equaled the record she now shares with Alicia Hempleman-Adams from the UK. 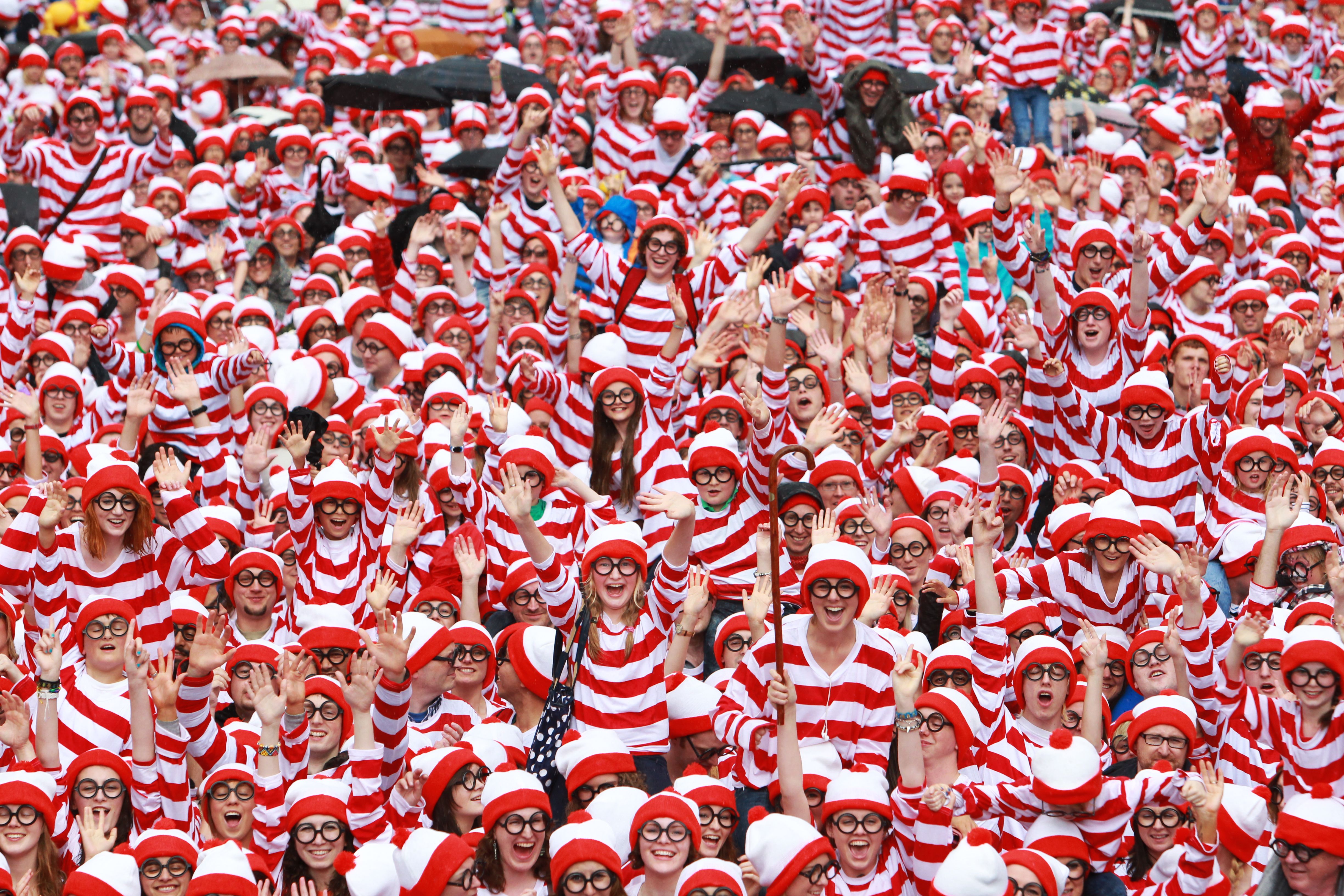 This happened. The bizarre record for most people dressed as Wally, or 'Waldo' in the US, was achieved in June 2011 as part of the Street Performance World Championships.

A whopping 3,657 people donned a woolly bobble cap and stripey jumper for the day, and The Irish Times newspaper took an ultra-high-res image of the crowd to turn the occasion in to a real 'Where's Wally' search.

Most tennis serves in one hour

On 18 September 2011, Irishman Sean Rooney performed 1,158 tennis serves in one hour – that's 19 a minute, or one about every three seconds!

The record was set at the Co Wicklow Lawn Tennis Club in Bray.

Longest journey with a fridge

Tony Hawks – an English comedian, not the professional skateboarder – once saw, on a trip to Ireland, a man trying to hitch a lift with a fridge. Struck by the madness of the image, he would later tell his friend (over several drinks) that Ireland was 'a magical place' where getting a lift with a fridge was possible.

His friend didn't believe him, and so the bet was made: to travel the circumference of Ireland, hitch-hiking with a fridge.

That journey took in 1,650km in a month, and became the subject of Hawks' first book, the clearly-titled 'Round Ireland with a Fridge', which was even turned into a film. 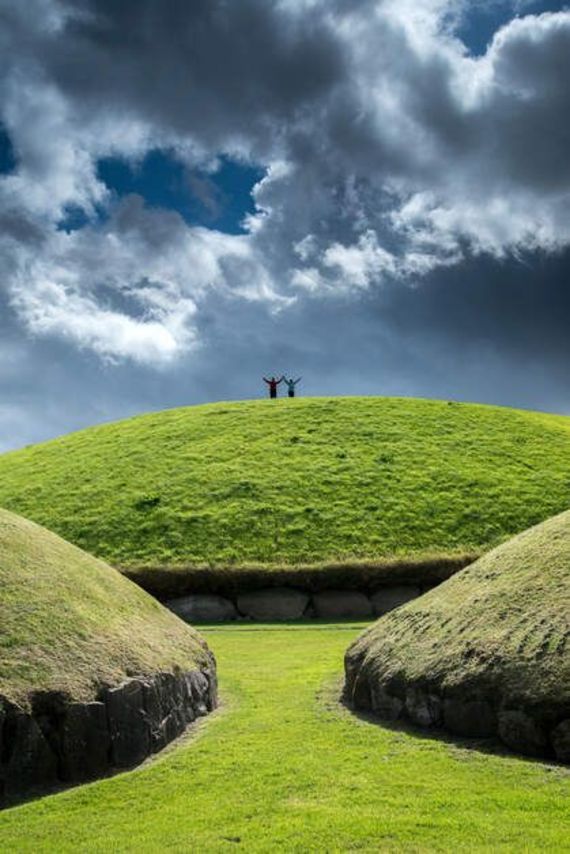 The Megalithic passage tomb at Knowth was built thousands of years ago. When it was being excavated, it was discovered that a beam of light from the rising moon would illuminate a certain stone at the back of the passage.

Most generations born on leap day

Unlike most world records, this one didn't need huge dedication, physical endurance or several thousand friends – this one is all down to the luck of the Irish.

Peter Anthony Keogh was born on February 29 – that's leap day, which occurs only once every four years – in 1940. Peter Eric, his son, was born in the UK on the same date in 1964. And to top it off, so was his granddaughter, Bethany!

Now, there's only one leap day every 1,461 days, so we won't embarrass ourselves trying to calculate the probability of three generations being born on that day. But it's a long shot!

Micheál Ó Muircheartaigh broadcast on RTÉ for 62 years. Sixty-two. Since 1949. When he retired on 30 October 2010 (aged 80), that made him the longest-serving match commentator in the world.

His style was an unmistakable part of the GAA scene, with a distinctive, fast-paced commentary, which you can hear in the video above.

His retirement even made the national news in Ireland.

Most Rubik's Cubes solved on a unicycle

For some reason, solving Rubik's Cubes while riding a unicycle is a surprisingly popular pastime. There are plenty of videos on YouTube of people trying their hand, like the one above.

But the champion is Adrian Leonard, who set the record in Belfast in 2010. A pilot by trade, Leonard attempted his record at 42 years old.