Pope says he’d punch someone who insulted his mother

Pope Francis says there are limits to free speech after French atrocity. 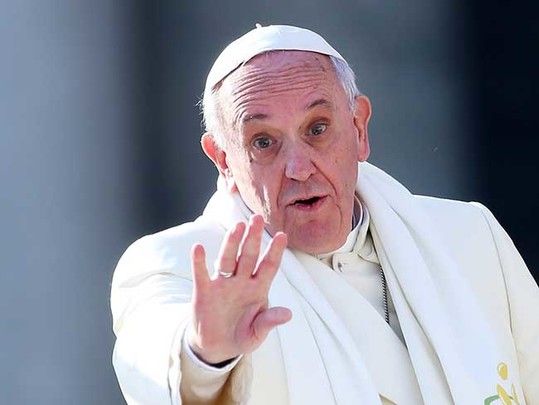 The pope has waded into the free speech debate with his own colorful example, saying there are limits to free speech.

Speaking to reporters aboard his plane on his trip to the Philippines, Francis stated there were limits.

“One cannot react violently, but if [someone] says something bad about my mother, he can expect a punch. It’s to be expected,” the pontiff said. “There are a lot of people who speak badly about other religions. They make fun of them. What happens is what happens with my friend [who insults my mother]. There is a limit.”

He said people did not have the right to mock religion.

“Each person not only has the freedom but also the obligation to say what he thinks in the name of the common good,” the pope said. But “each religion has its dignity. I cannot make fun of it.”

He also dropped a hint that he may go the Mexico-US border when in the US in September.

The Vatican has only confirmed that he will attend a world family day in Philadelphia in but Pope Francis has now said publicly that he is considering stops in Washington, D.C., New York and Mexico.