Wise men's gifts of gold, frankincense, and myrrh - Jesus was a wealthy child at Christmas

What is the real story of the gold and the frankincense and myrrh brought to baby Jesus? The Feast of the Epiphany, or Three King's Day, is celebrated today, Jan 6. 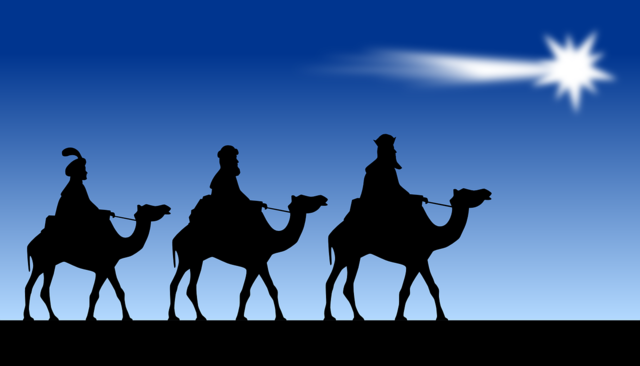 What is the real story of the gold and the frankincense and myrrh brought to baby Jesus? The Feast of the Epiphany, or Three King's Day, is celebrated today, Jan 6.

These are beautifully gentle days and nights. This is the season, whatever the weather, which brings out the best of us, which gentles us, which writes smiles on our faces far more often than normal, which warms our handshakes and greetings.

I love the days leading into Christmas even more than I savor Christmas itself.  Are you like that?

But there is always a fly in the ointment, is there not?

And even as I wish one and all of you the merriest of Christmas seasons, peace and goodwill, that fly is buzzing around my head again. It happens every Christmas, and though I've asked the question many times, I've never yet been given an answer that satisfies me.

It's about the gold and the frankincense and myrrh. Those are the gifts we are told were brought to the stable in Bethlehem by the Three Wise Kings from the east only a few hours after the Child was born and placed in the manger.

In Irish terms, that was a cattle shed occupied only by a bullock and an ass. There was poverty and hardship and deprivation for you in spades. Things could hardly be worse.

Read more: Things that make Christmas in Ireland extra special to me

And there was no welfare back then of any kind. We know that.

So the next morning, the kings arrive with their camels and tents and retinues of servants. They had followed the star.

And there were shepherds there, the angels had largely departed by then, I suppose.

And by that evening, when the kings made their encampments in Bethlehem and settled down for the night, I assume they had already given their gifts of gold, frankincense, and myrrh. They would have been presented to Joseph.

Now there is no mention in the literature of the precise amounts of gold, frankincense, and myrrh which composed the gift but these were extremely wealthy kings, so it is reasonable to assume that they did not stint the measure. They would have been very generous given the circumstances for sure.

Some of the illustrations from early artists, for example, depict the gifts being handed over in wooden chests of considerable size.

And that's where my zany head gets all confused every Christmas.  Because the result of those three gifts meant that St. Joseph was a very wealthy man indeed when heading back home to Nazareth a couple of days after the birth and the completion of the census which brought him to Bethlehem in the first place.

By my reckoning, he could have easily bought the inn which had refused the family earlier in the week, for example, and the inn next door as well! And the rest of the village if he so wished.

We can assume that, as a solid tradesman, he would have been a good provider at all times for his family, but he would never have been a wealthy man until he was presented with the gold, frankincense, and myrrh.

I've done a little research on the subject down the years of my interest in this matter and the findings are quite amazing.  Gold is gold, of course, and always precious.

Look at the market price of it nowadays.  But back then in Joseph's time gold was only trotting after the spices in real value. A gram of myrrh would cost you an ingot, an arm, and a leg. That is if you get it at all.

Frankincense was only a small fraction less expensive. The gold was the least of the three gifts in real terms at the time!

At the time of Christ's birth, for whatever reason, myrrh was scarce and hugely expensive. It is obtained from small shrubs and, apparently, has a wide range of uses, including medicinal purposes especially in Chinese medicine to this day.

The astronomical price for the spice in that era made it equivalent to the price spike for Black Tulips on the Dutch bulb markets many centuries later. A carpenter in Nazareth with gold, frankincense, and myrrh had to have been a wealthy man indeed.

Given such a difficult start to his mortal existence, and such a cruel ending is it not pleasant to reflect that the childhood years of the Babe born in Bethlehem in a stable are quite likely to have been extremely comfortable and pleasant indeed.

They call those the Hidden Years and we know nothing about them, but Joseph was a tradesman and tradesmen internationally are canny folk.

That gold, frankincense, and myrrh were not wasted. You can be sure and certain of that.