Irish trad musician Seamus Begley was one of a kind

Seamus Begley's death is another grave loss to the world of traditional music, especially for the generations of fans who fell under his spell during his career. 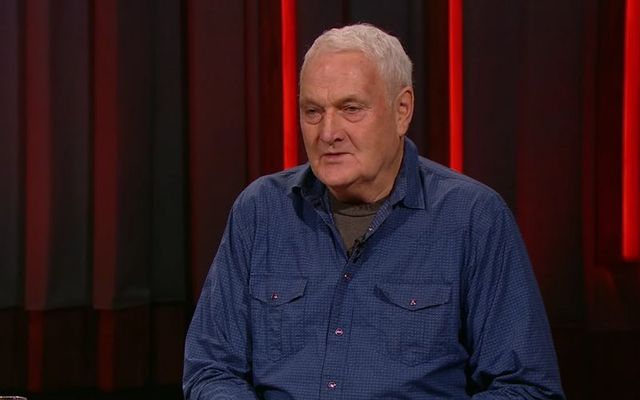 We are only in the earliest days of January and it seems like the sad losses of 2022 have found their way into the new year as well, and such is life and death. At deadline, I heard of the passing of the “Bold Kerryman” Seamus Begley, 73, from Ballydavid just a few miles outside of Dingle on January 9.

He suffered a heart attack a week ago and was seemingly on the mend hours before he left us. Another grave loss to the world of traditional music reverberating now across social media and generations of friends and fans who fell under his spell over the years.

It would be easy to say that another legend has left us, and while his persona could never be replaced his light was so bright and shone so wide that he will always be thought of whenever Irish craic is in full swing. Every gathering, be it in a concert hall, a pub session or after hours, you could count on Seamus to be the center of attention, lighting up the room with his uproarious music from the depths of his Kerry soul and tradition.

His mellifluous singing voice, whether in his native Irish or as Bearla, was always described as heavenly, so there will be no audition joining the ranks of the celestial choir. His sharp and spontaneous sense of humor could be the very definition of devilment and Irish craic and slagging never bounded by the restraints of political correctness.

“Sabina and I had the pleasure of hosting Seamus for performances in Aras an Uachtarain, including at the state dinner held in honor of their majesties, the King and Queen of the Netherlands in June 2019, on which occasion he was accompanied on vocals by his daughter Meabh and on guitar by Donogh Hennessy,” the statement said in part.

“As with all those who knew Seamus, we will remember him for his talent, his warmth and his sense of fun, that lasting impression which he left on all those who he met. He will be deeply missed.”

Paula Carroll, one of Clare FM West Wind radio presenters, captured his trifecta traits most eloquently on a Facebook post where she wrote, “He was a wild man. Ferociously unfettered. Music poured through him and found nothing to block it. We adored that wildness, and what it did to his music. And his singing. We loved the light and shade of it, the force and the tenderness…it was good to be around him.”

The essence of his musicality in all its forms was forged in the family homeplace of Baile na bPoc (Ballydavid) in the Corca Dhuibhne Gaeltacht on the western edge of the Dingle Peninsula. Nine children were reared in a veritable teach cheoil farm household by musical parents, and even milking the cows turned into a singsong.

The Begleys ran a nearby dance hall, so tunes and songs peppered their childhood and their respective adulthoods as a leading family of Gaelic cultural life in Kerry.

One can only imagine the fierce craic and talent that gathered around the Begley kitchen hearth and home, and sure it wasn’t only the Atlantic that was wild.
Seamus told interviewers that at 13 he played the box for the wild Kerry polka sets for a few bob which provided a welcome and lucrative diversion from farming the rest of his life. He recorded his first album in 1972 when he was 23 called An Ciarraioch Mallaithe.

It was 20 years later when I first discovered and met Seamus in New York at Tommy Makem’s Pub on East 57th Street. It was after the 1972 launch of a seminal and groundbreaking album called Meitheal on the new Kells record label owned by the late Paddy Noonan featuring Begley and the extraordinary and pioneering Australian guitar player Steve Cooney.

The button accordion and guitar world had never met such a colorful pairing, but the music they laid down together was wild and exuberant and as powerful as any full-fledged ceili band that propelled people round the house resting only to take in Seamus’ gorgeous singing. The fiery tandem eventually flared out like a comet but raised the profile of the two mighty musicians who have burned brightly for the rest of their careers.

Begley went on to collaborate with singer Mary Black and two other guitarists of note in Jim Murray and Tim Edey who also played the accordion. In 2011, Begley came to New York City at the invitation of Joanie Madden and the Irish Arts Center for their wonderful Masters in Collaboration series for a full week of musical merriment. Begley was true to his irrepressible form and Madden had her hands full all week, but it was a magical pairing of two formidable artists.

In the past decade, Seamus enjoyed a very fruitful and creative liaison with Teada founded by Oisin MacDiarmada, who added him to their talented roster for touring and performances around Ireland. MacDiarmada also toured with Seamus as a duet and with his production Irish Christmas in America which provided a mutually beneficial mentoring process and once again that all-too-important sense of craic.

It is appropriate to bring this remembrance of Seamus to a close with the words shared by MacDiarmada on Facebook also.

“Our hearts are breaking tonight at the loss of Seamus and we think especially of his dear family at this time. Seamus will no doubt continue to inspire smiles, laughter, and stories for a long time to come, but above all, we will remember him for his beautiful artistry, charisma, and integrity, and that special power to light up faces wherever he brought his incredible voice and accordion. Thank you Seamus for the great times and friendship, which we hoped would last forever,” he wrote.

And so did we, but we have learned we all have a time so make the most of it.
Condolences to his wife Mary and children Eoin, Breandan, Niall and Meabh and the entire Begley family. Ar dheis De go raibh a h'anam dilis.