"America’s “national pastime,” as one of the country’s major, popular sports – is kind of in trouble." 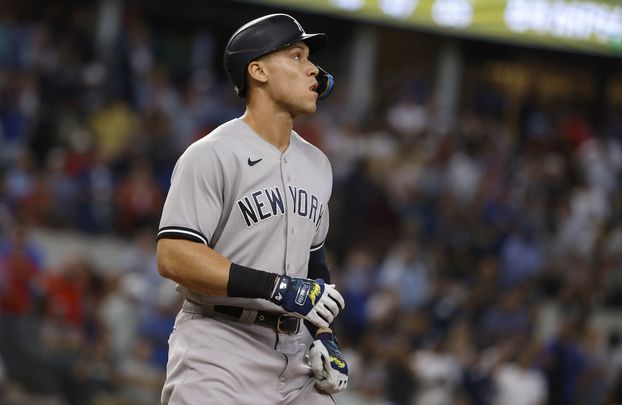 It's been a good year for New York baseball – at least for old fogies who still care about such things. The big story – literally – has been the New York Yankees’ Aaron Judge, a Paul Bunyon of a slugger who has bashed so many gargantuan home runs this year he is bringing back sepia-toned memories of former Yankee greats Roger Maris, and even Babe Ruth.

This all may translate into a contract as high as $400 million for Judge after the season ends.

The Yankees are also expected to make a run at the World Series. As are their crosstown rivals, The New York Mets.

Meaning for the first time since the magical autumn of 2000, we might have a so-called “subway series,” with the Yankees taking on the Mets, in alternating games in the Bronx and Queens.

And you know both stadiums will be jam-packed with howling, raucous fans.  Meaning it will be easy to forget that Major League Baseball – as America’s “national pastime,” as one of the country’s major, popular sports – is kind of in trouble.

Some fear in the not-too-distant future, baseball might be about as popular as the National Hockey League.  Or professional boxing.

Not if a trio of Irish Americans have their way.

“Baseball is part of the very fabric of our country, so anything I can do to enhance the game is important to me,” New York native and proud Irish American Peter King was quoted as saying a few months back.

King was once a maverick Republican congressman from Long Island, who wrote books about Northern Ireland’s Troubles on the side.  He also played a key role in the Northern Irish peace process.

Now, as he approaches 80 years old, King has signed on to an advocacy group called Save the Game, designed to implement long-term solutions to baseball’s existential crisis.

“Save the Game is a significant grassroots effort to encourage young boys and girls to play, and move baseball back to the faster pace of a bygone era, which I greatly enjoyed throughout my youth,” King added back in June, when his involvement in Save the Game was announced by fellow Irish Americans Kevin Gallagher and Pat Geoghegan.

This is the Irish American duo behind Save the Game. Both, like King, are New York natives, while they were also standout college baseball players.

Geoghegan is a Bronx native who played for Mercy College, earning a spot in the school’s hall of fame. Gallagher, meanwhile, was a standout for Pace University.

The duo, as well as former major-leaguer Jeff Frye, “hope to collect a million signatures on a petition urging a livelier pace on the diamond,” the New York Daily News reported back in June.

To a degree, Gallagher, Geoghegan and others see players like Aaron Judge – for all of his star power – as part of the problem.

“The (Save the Game) organization points the finger directly at the home run-centric game of the 21st century, with lots of strikeouts and little action,” the Daily News noted, adding that defensive shifts “loading three infielders on one side of the diamond (has taken) away what would typically be base hits.”

Adding to all of this is an average baseball game time of over three hours.

For what it’s worth, as an Irish American on the wrong side of age 50, I too am concerned about baseball’s future. So I endorse any effort to help baseball survive and thrive.

I coached both of my sons' baseball teams for over a decade, and my youngest son is still an avid player – and starting center fielder – for his high school team.

It’s worth adding that he and his teammates rarely sit down and actually watch a whole baseball game, on TV or at a stadium.

Whatever baseball’s future, the Irish played a central role in the game’s development, just as the game eased Irish immigrants into the American mainstream.  The same is happening now for many Hispanic immigrants and their children.

Is that enough to save baseball?

It made Judge worth $400 million. The least baseball can do is stick around for another hundred years or so.