Italy's "wine windows" date back centuries - could they be the key to supporting Ireland's struggling pubs? 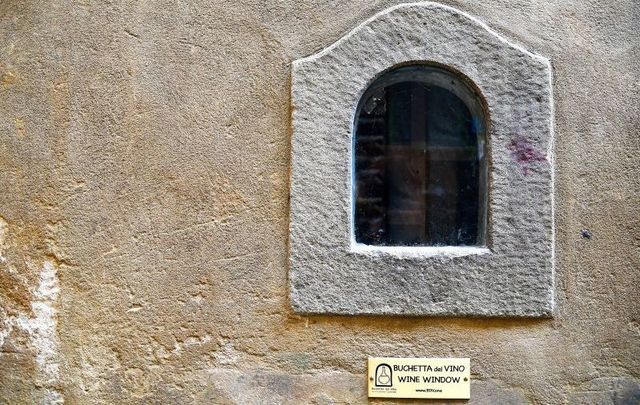 Detail of an old "buchetta del vino", a small window on the exterior wall of the ancient palaces used to sell wine to passers-by, Florence, Tuscany, Italy. Getty Images

My name is Andrea and I’m an Italian man who is working and living in Ireland, precisely in the amazing Dublin.

Since I moved here four years ago one of the things that I enjoy most (as with many people who are living in Ireland),  especially after a busy and heavily rainy day, is going to the pub to enjoy a nice pint of beer.

Unfortunately,  due to this unexpected COVID-19 pandemic, I have been missing this pleasant experience, especially if we consider that for almost one year pubs and restaurants have been pretty much closed down to prevent the spread of the virus and this -besides all other negative impacts - has been generating a huge drop in profits.

As the Licensed Vintners Association revealed, the closure, only during St. Patrick's Day week of the last year (15 - 21 March 2020), has cost the industry at least €100m with 50,000 bar workers out of work and raising the possibility some pubs might never open again.

Even if,  on one hand, we understand the gravity of the pandemic, considered one of the most dangerous in the last 100 years, on the other hand, we are depriving ourselves of having our relaxing “pint time” in the pub, enjoyed amid talks to the bartender while a nostalgic Irish song is played in the background.

Now, even if we don’t know when we are going to experience these moments again, we certainly know that for the second time in history we are going to have canceled the St. Patrick’s Day festival (March 2021) with another huge loss for the pub and tourism industry.

At this point, the question that arises is how would it be possible to allow the pubs to safely serve pints amid COVID-19, thereby saving ourselves from drinking warm cans of beer bought in a shop?

One possible answer to this dilemma may come from Florence, Italy where hundreds of years ago, the wine window was created.

We are talking about the Italian “buchetta del vino” or wine window, which is a  miniature hole placed in the most important houses of Florence to allow people to buy wine with minimum contact during the pandemic.

The Italian wine window originated in 1559 when the Grand Duke of Tuscany Cosimo I de’ Medici decreed that in the Florence area, people could sell wine directly out of their homes. This meant that wealthy families with wine cellars could dodge taxes and sell directly to consumers by skipping the use of the middle man.

Then, in the early 1630s, an outbreak of the plague struck Florence and northern Italy. Florentine scholar Francesco Rondinelli recorded the events in a book, Relazione del Contagio Stato in Firenze l’anno 1630 e 1633, published in 1634. In his recordings, Rondinelli describes wine sellers using holes in the wall—which he calls sportello, the generic word for aperture or opening—to avoid contact with customers. The chronicle also mentions sellers wiping down coins with vinegar to prevent the spread of disease.

While the wine windows gradually became defunct and many were lost to the floods of 1966, they reemerged in Florence in March 2020 at the onset of the pandemic.

If one were to apply this to an Irish context, we could imagine a different Ireland where pubs could create something similar to the wine window selling beer instead of wine, inaugurating the era of the “pint window."

In this case, the process would be extremely straightforward. From Dublin to Cork, anyone on the street could knock on the pub window and ask for a pint of beer. The barman would offer two different types of pint:

Obviously, as we said in Italy, between the idea and the execution there is a vast space like the sea, however, this pint window needs to be considered as a hope, as a little signal to show that gradually, step by step, we are going toward the light again at the end of this lockdown tunnel, gradually getting back our normal life,  which has been blocked out for so long by this terrible Covid-19.