Unionism and the ethnic cleansing of Northern Ireland's nationalist youth

'Twas subtly done. Those teeming numbers of Catholic kids, as I was then, were in a position where they could never get a worthwhile job at home and accordingly would have to emigrate. 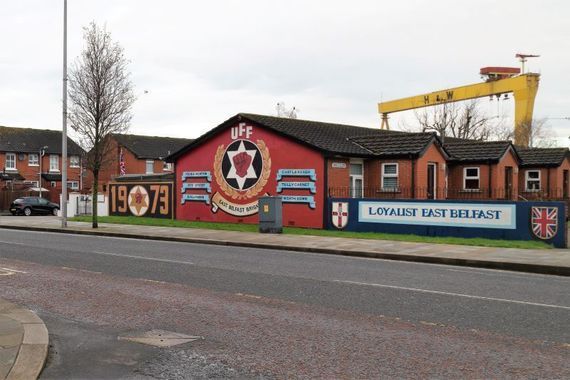 AFTER all these years I can still clearly see in the mind's eye the mutely sad faces of the new mothers of our Cleenish parish in Fermanagh back in the 1940s and 1950s.  They had to go to the altar rails on their first Sunday back at Mass for a ceremony called churching, you see.

The priest, flanked by candle-bearing altar boys of which I was often one, came down to them and forgave them for any sexual pleasure they might have enjoyed in bringing the new Catholic and nationalist boy or girl baby into the rural parish.

The background to it all is they were forbidden contraception on pain of mortal sin by the same church rules. Accordingly, many of those mothers in our parish had to submit to being churched as often as 10 or 11 times during their childbearing years.  It was shocking, even for the boy I was then.

That situation was also the real reason for the subtle Northern Ireland protocol deployed by our unionist masters back then long before the modern version of the same has been convulsing Europe for months now as many of you are aware. Talks are ongoing at the time of writing as the British seek to avoid the heaviest costs of their Brexit decision a couple of years ago.

I grin wryly now at all the furor because, in truth, the protocol in force during my youth was, in real terms, ethnic cleansing, and I was amongst the countless thousands who were cleansed out of Ulster by our canny unionist lords and masters.

One can see that the Catholic mothers of 10 and more future nationalist voters in favor of a united Ireland represented a dire threat to the unionist majority.  If permitted to remain in the North, at a time when unionist/Protestant families were usually comprised of only two children (one for the farm and one for a good state-backed job) the nationalists would achieve a majority vote in only a couple of generations and end unionist rule. Hence the need for what we call ethnic cleansing today.

‘Twas subtly done. Those teeming numbers of Catholic kids, as I was then, were in a position where they could never get a worthwhile job at home and accordingly would have to emigrate.

Many had relatives in England itself and Scotland and were glad to join them. There were other incentives such as free passages to an Australia craving young manpower for its economy, and many availed of that.

It truly was canny ethnic cleansing and it worked very well for our Unionist masters.  They could never have foreseen the modern Ulster reality of a power-sharing assembly with Sinn Fein involved. I'm sure many of them are turning in their graves since that happened.

God was very kind to me. I escaped the worst aspects of ethnic cleansing because of being recruited as a cub reporter by the local nationalist newspaper The Fermanagh Herald because the editor liked my essays.

Later I could effortlessly skip across the border into the Free State (unionists always called it The State with more than a little contempt!) and since then have hugely relished all that experience.  But I was in a tiny minority on that front.

My Enniskillen classmates are now scattered all over the world.  Most of them I've spoken to down the years are glad they escaped and rarely come home except for necessary family occasions such as funerals. They are glad to be out of a place where they would always have been second-class citizens.

I see again the sad faces of those mute Catholic mothers of our parish. God give them eternal peace forever, as I conclude.

I very rarely go back to the North nowadays by my own wish and am always very content to get back safe across the invisible border which has caused enormous pain down the troubled decades for so many of us.  Really there is nothing more to be said.  Slan go Foill.