The US President Donald Trump’s social media attacks on Brett Kavanaugh’s accuser are disgraceful but are we surprised? 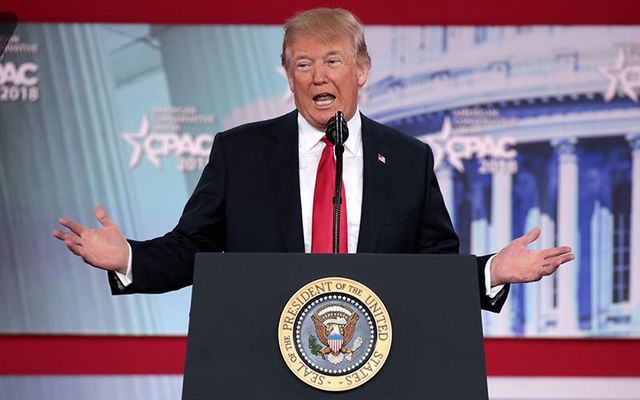 The US President Donald Trump’s social media attacks on Brett Kavanaugh’s accuser are disgraceful but are we surprised?

Donald Trump’s attack on Christine Ford are disgraceful, but really, we should not have expected any better. What do you get from a sexist pig but a grunt.

Trump said Friday that Christine Blasey Ford should have filed charges against Irish American Supreme Court nominee Brett Kavanaugh if the attack she alleges occurred when they were in high school "was as bad as she says."

I have no doubt that, if the attack on Dr. Ford was as bad as she says, charges would have been immediately filed with local Law Enforcement Authorities by either her or her loving parents. I ask that she bring those filings forward so that we can learn date, time, and place!

POLL: Should Brett Kavanaugh be confirmed as a Supreme Court judge?

It is extraordinary that he lacks the common decency to withhold comment on  a matter so sensitive to Ford and indeed all women,

There was sigh of relief yesterday that he did not attack her by his staff. But he’s like the Scorpion who kills the frog after the frog helps him across the river. what would you expect from me, but a deadly sting says the scorpion.

Judge Brett Kavanaugh is a fine man, with an impeccable reputation, who is under assault by radical left wing politicians who don’t want to know the answers, they just want to destroy and delay. Facts don’t matter. I go through this with them every single day in D.C.

The attack means it is now a duel to the death for Democrats to seek to stop this nomination. It is also the midnight hour for those female US Republican senators who have gone along with Kavanagh’s supporters.

Can they possibly condone this attack? If they do their credibility is in shreds. It’s put up or shut up for Senators Collins and Murkowski.

With this rash act Trump has once again  insulted every woman who has undergone a traumatic sex attack.

This is no longer about Kavanaugh, it is about basic human dignity and the right to be heard when a woman alleges assault.

Should Brett Kavanaugh be confirmed as a Supreme Court judge? Take our poll or let us know below.