As the United States analyzes what statues they'll keep and which to take down we have to ask where will this stop? 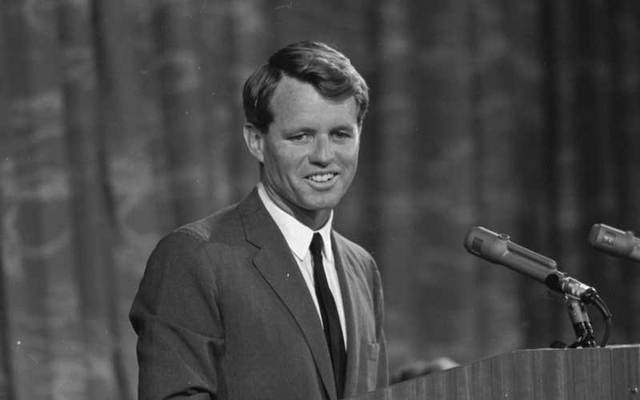 "We should call out sins when we see them. We should also not forget about redemption."

Have you heard about the battles over those statues dedicated to infamous Irish American commie hunter Senator Joe McCarthy? Or all of those high schools named after his ruthless assistant -- and future confidante of Donald Trump -- Roy Cohn?

Of course you haven’t.  Since a drunken and paranoid McCarthy tumbled from grace in July of 1954 -- within three years he would be dead -- his name has been a synonym for nastiness and cruelty.

Look no further than a mammoth new biography of McCarthy by Larry Tye. The title? Demagogue.

Meanwhile, you could do a tour of the entire U.S. visiting public memorials to another Irish American senator, Robert Francis Kennedy. And yet, Bobby Kennedy, like the aforementioned Cohn, was a close aide to McCarthy.  They even competed for a top job with McCarthy, at the height -- or depth -- of the senator’s public power.

These days, we are reckoning with historical figures like McCarthy.  Folks who believed and did all sorts of brutal things.

The most interesting statue story I read recently concerned the so-called Freedmen’s Memorial, in Washington, D.C.’s Lincoln Park, which depicts Abraham Lincoln as well as a figure long-described as a “freed slave.” How they are positioned, and how the statue was funded, has prompted heated and ongoing debate.

Imagine. People talking. In a complex way about a complex piece of public art.

Too often things go differently.  An angry band of protesters gather around a statute and demand it be removed, or they decorate the statue with slogans or images, or they simply topple it themselves.

Read more: Most of Europe bans all American travelers this summer

This prompts a vein-popping response from the self-appointed protectors of all that is proper, pale and male about U.S. history. This includes the president himself who last week announced, “I just had the privilege of signing a very strong Executive Order protecting American Monuments, Memorials and Statues – and combating recent Criminal Violence. Long prison terms for these lawless acts against our Great Country.”

Well, it’s not like there’s much else going on in this capital-G, capital-C “Great Country” that we have to worry about, right?

Trump’s is the worst kind of righteous indignation. Like his bible-toting stroll a few weeks back, it suggests an alliance with the divine. And that anyone who disagrees will and should suffer terribly -- now and in the afterlife.

The folks exposing the flaws of so-called great historical figures are doing Americans a service.  We cannot choose to merely see all that is glorious about history. We need to see the horrors, too.

But this side has shown its own weakness for righteous indignation. Whether it’s a statue, or a comedian, there’s a belief that any transgression, or association with a transgressor, must be met with the swift sword of social justice.

But what if such standards were applied to someone like Bobby Kennedy? As Tye’s new bio makes clear, the entire Kennedy family had a close relationship with McCarthy.

True, by the time the Wisconsin senator fell from grace Bobby had moved on. But McCarthy was certainly a well-known demagogue, targeting suspected commies, “homosexuals,” and many other so-called subversives when Bobby worked with him in the early 1950s.

The point, of course, is not to “cancel” Bobby Kennedy. The point is that he was able to become a fierce warrior for social justice in his own right because he was able to move past his affiliation with a cruel man.

We should call out sins when we see them. We should also not forget about redemption.

“All my life I was lucky enough to fight prejudice and anti-Semitism,” activist Abraham Foxman told The New York Times last week. “Now what you’re seeing is one wrong picture, and you are finished for life.”

Foxman added, “If you don’t believe you can change people’s hearts and minds, why bother?”