Two guys from Chicago find each other and follow their dreams

Thousands of miles from home, two guys formed a bond and came up with a spark of an idea that would culminate in a "Dolphin Song". 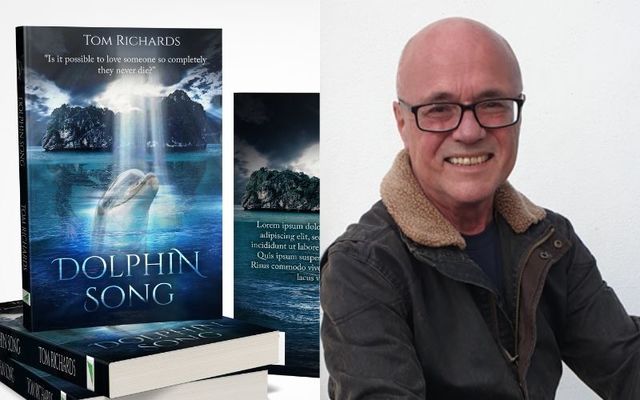 Author Tim Richards pays homage to his friend and working partner Liam O'Neill who passed away from Covid. Part of their creation, the book, "Dolphin Song" is now available.

I was born in Chicago and at that time, in October 1955, my parents Bill and Mary Richards lived in Chicago. I attending Rolling Meadows High School, graduating in 1974. This is a complex, almost magical, story. However, it is also compelling...

I moved to Ireland, in 1982, and now live on Beara Peninsula in the very southwest of this beautiful country. Recently, I launched an Irish romantic fantasy novel, "Dolphin Song". It has done much better than I could have ever dreamed. It is still number one on Amazon US' new release list, in its various categories. It has remained there for 18 days.

The fellow who began it all - who prodded me to write a few words about a possible film - was Chicago-born, Irish-American filmmaker, Liam O'Neill. You can find out more about him on his IMDb.

Liam and I had to move all the way to Ireland to meet and we did so by accident. Ever since that day, we understood that we were both born in Chicago and we guessed only miles apart. The trouble is we weren't quite sure where. Oh, Liam knew exactly where he was born but I didn't. All I knew was that the hospital was Michael Reese.  We used to laugh about it.

I'd forgotten, but my folk's address at the time of my birth was on the original birth certificate Mom gave me. It's now yellowed with age but I held on to it.

For some reason, just a few days ago, I pulled it out of my files. The street address is smudged. I think it reads 105 or 108 26th Street. But the typewritten name of the Chicago town is as clear and as solid as my friendship with Liam. Park Forest.

It was then I realized that "Dolphin Song" was, in many ways, born in that Chicago town so many years ago. Two guys had to voyage thousands of miles from home and find each other first even to discuss those initial 25 words that create a logline. Those words became the story that became the book that might become the film that Liam wanted.

The book succeeding and I can't believe it. After all, it's only one book. Over two million books are published every year. Did you know that because I didn't.

But its success isn't about me at all. It's all about Liam.

You see, just over a year ago - in May 2020  - Liam passed away here in Ireland from hospital-acquired Covid-19. His family couldn't visit him because of the virus so he had to die on his own. His death breaks my heart but I keep marching with a smile in my heart. I march with Liam at my side and all I feel is his warm embrace.

If you want to, you can take a look at the journey of Two Guys from Chicago dreaming of a "Dolphin Story".