Tired of being mocked and called a “Plastic Paddy” in Ireland?

"It is an incredibly narrow perspective to believe that the only authentic Irish experience is to be born and live in Ireland." 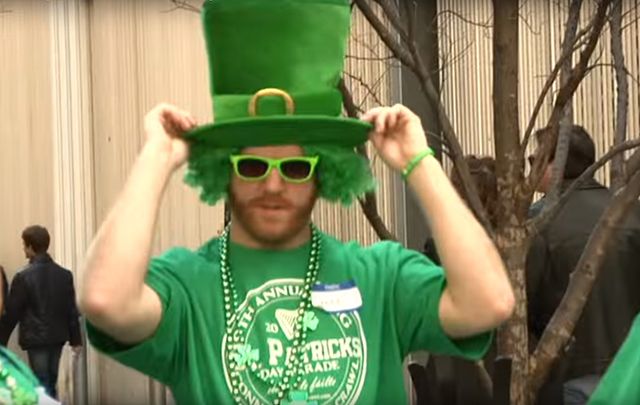 For some folks there's "nowhere like home and Irish Americans need not apply." iStock

I’m tired of being mocked and sneered at for having pride in my Irish ancestry. During a recent visit there I was viewed by too many smart asses, usually Dublin chattering class, as some kind of country idiot strayed in from America expecting to see leprechauns.

It was all a crock, and not of gold I told them, but the stereotype has taken hold among many – Irish Americans come from LaLa land.

The abuse comes mainly from Irish-born who feel that the only true Irish identity is that you have to be born on the island of Ireland.

Americans can join in too, especially those who look down their noses at Irish heritage.

It seems our culture, heritage, and history is no longer to be prized but sneered at by many. It’s time to shout stop.

A few years ago Irish Americans were broadly criticized when they objected to a comedy about the Famine set to be optioned by British TV. That was a clear moment when Irish America stood strong for all the right reasons. The comedy never got made. Some Irish never forgave us for ending the opportunity to mock those who suffered during the famine.

Never mind that millions fled the country and the Irish American, Irish Australian and Irish in Britain experience is every bit as Irish as someone who stays safely close to home and hearth.

It is an incredibly narrow perspective to believe that the only authentic Irish experience is to be born and live in Ireland.

This kind of chauvinism has increased in recent years with anyone from outside Ireland automatically considered a 'Plastic Paddy' to use a typical phrase.

Alex Massie, a Scottish journalist of all things, summed up the plastic paddy prejudice perfectly a few years back.

”When I was a student in Dublin we scoffed at the American celebration of St. Patrick, finding something preposterous in the green beer, the search for any connection, no matter how tenuous, to Ireland, the misty sentiment of it all that seemed so at odds with the Ireland we knew and actually lived in. Who were these people dressed as Leprechauns and why were they dressed that way?

"This Hibernian Brigadoon was a sham, a mockery, a Sham Mockery of real Ireland and a remarkable exhibition of plastic padding."

Many who sneer at the Irish Americans come from the 'sophisticated' set, usually Dublin upper classes who simply cannot abide their wonderful country being stereotyped.

“The beer-fueled street bash would later vomit a wall-to-wall carpet of plastic cups and aluminum cans was just the beginning of the shenanigans.”

To them, the plastic paddies live in a fantasy version of Ireland, nothing like the real thing.

Of course, the real thing can be viewed as a country rocked by pedophile scandals, church predatory practices, corrupt politicians who caused an economic crash, continuing emigration to cover up every unemployment crisis. “When in doubt get out” is the unspoken advice to young people.

Nonetheless, to the anti-plastic paddies, there is nowhere like home and Irish Americans need not apply.

Of course, they are ignoring their own history, the fact that one out of two people born on the island since the 1850s has left. The contribution of men like Eugene O’Neill, women like Mother Jones, politicians like John F. Kennedy, the Irish American influence on "Riverdance," the immigrant influence on Ed Sheeran are there for all to see – except for those who don’t want to look.

Some prefer not to. Most sham paddies are more likely to be resident in Ireland than America it seems. Shame on the shams.

Here is a video, made by the Wall Street Journal, in 2013, about the "Plastic Paddy" controversy: