The Irish in Vietnam: A new diaspora arises

We know all about the extent of the Irish diaspora in the US and Australia, but what about those in the less stereotypical centers of Irish immigration? 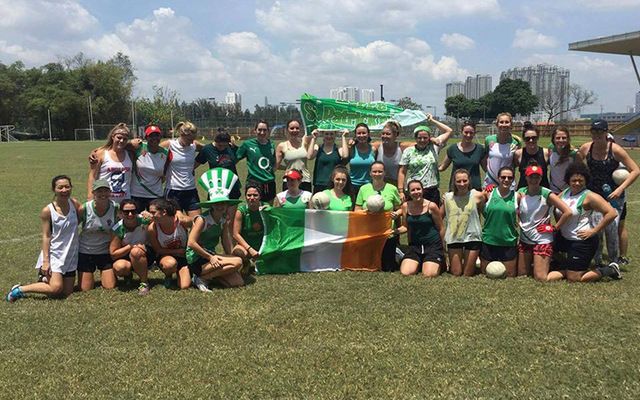 Ho Chi Minh City, Vietnam: The city symphony: a unique blend of motorbike horns, cars beeping, street vendors calling out to sell their ‘Banh Mi’ traditional sandwich or a variation of a noodle dish perhaps, all combine together to give a somewhat hectic view of Ho Chi Minh City on the first arrival.

One's mind can easily wander as motorbikes whizz past; children half asleep leaning into the back of their parents still donning their school uniforms, men and women in freshly pressed business suits or Uber taxi’s carrying Westerners.

The odd person or two catches my eye carrying something which seems entirely insane—a window pane balancing on the back of a bike, a wardrobe or a random chicken squawking for dear life—then I’m suddenly jolted back to reality as my own taxi comes to a halt just in the nick of time before a head-on collision at what's meant to be a green light. It seems a far cry from Ireland.

Green fields and traffic management are all but a distant memory right now as I make my way through what strangely reminds me of New York’s Times Square at night with its bright, neon-illuminated signs—aside from the fact, the signs are in another language.

Read More: Stranger in my own land - why Ireland is not for me, says returned expat

Adjusting to the static humidity and heat is the next step and the remaining few days are spent sourcing Vietnam's best-shaded spots, combined with an exploration of its best mouth-watering street food and traditional iced coffee. If there's one thing the Vietnamese do well, it's definitely both of these things.

As an Irish person, though, or an expat in general, it doesn't take too long to get adjusted to the place.

Backpackers on the typical Southeast Asian route tend to hang out in District One. This is an area geared towards foreign tourists. It's composed of a mixture of hostels, bars, and all things more or less tourist-orientated.

Read more: How Australia, New Zealand, and US visa changes will effect the Irish

Expats, on the other hand, are inclined to frequent the same living areas. My own for now is District Three—a home to many Western teachers working in and around the city.

Moving into this area, it wasn't hard to source out other Irish teachers in the building. Originally I moved in with two guys: One from Mayo and one from Kerry.

And it doesn't take long before, as an inevitable outcome, of course, you’re introduced to the remaining Irish downstairs—more Mayo men having lived here for the most part of the year. I begin to ask myself is life really that different from home?

The Irish community abroad certainly looks out for each other quite well and on the first week I was introduced and brought via motorbike (courtesy of my Kerry housemate) to the GAA team “Saigon Gaels” in a neighborhood district. The team, it appears, is in full swing training and is set to host and compete in the South East Asian games in May.

For me, this is another added bonus of living abroad as it will allow me to reunite with old schoolmates who are also teaching abroad in neighboring countries.

Thanks to Irish President Michael D. Higgins’ recent visit to the region in November of last year, focusing on cross-country partnerships and business investment, there is a new wave of Irish emigrants in Vietnam. They are hitting up the city in full force and from the recent opening of a Celtic English school, the entrepreneurial spirit of the Irish abroad can be seen.

Irish teachers in the Celtic English School in Vietnam.

Mayo-born Gareth Keane, the founder of the school, is providing opportunities to teach the English language in a local setting. Walking into the classroom, it’s hard not to feel at home with the interior featuring an Irish flag and the image of Dublin’s Ha'penny Bridge.  Other similar educational settings can have as many as 6 Irish teachers in the one building. Almost half the football team.

On moving here, it takes no time at all to become accustomed to the sense of Irish community and the kinship of the diaspora. It can be seen not only within the office buildings and workplaces and their typical Irish banter but on the playing fields with the camaraderie of GAA players during training or the combined cheers, coupled with angsty frustration, over an Irish regional rugby match in the nearby sports club. In fact, there's really no better way to get to unite people abroad then a match from back home.

In a country still experiencing the after effects of war, the warmth and openness of the Vietnamese people also struck me. As I sat back in an internet cafe I couldn't help but notice the mannerisms of surrounding teenagers were not unlike those I'd see back home, too.

The closing time, however, is a lot later with a very strong café culture embedded in the city. Communal meals with family and friends are also a central part of Vietnamese culture making evening times enjoyable.

Moving here alone was slightly intimidating on first arrival, but it didn't take long to learn that it’s not really that daunting—the world never really is. Wherever you go, you're guaranteed to get a little touch of home, whether that's among the skyscrapers of New York, the Middle Eastern desert or the frenetic motorbike traffic of Vietnam. In fact, as I soon found out, you can even spot an Irish jersey among the weaving traffic on the way to training!

It’s incredible to be able to experience the Vietnamese local culture and daily way of life, but when it all gets a little overwhelming it's also brilliant to be able to relax and enjoy the shared culture of back home: the people, craic, ceol, and Gaelic sports. If giving taxi instructions gets a little bit too much, it's always nice to know there’s somewhere in Saigon with an Irish stew on their lunch offer menu!

Read more: Figures give dramatic picture of Irish as the founding immigrants in the USA