How Australia, New Zealand and US visa changes will effect the Irish

Countries popular with Irish emigrants are making it increasingly difficult for people to stay living there. 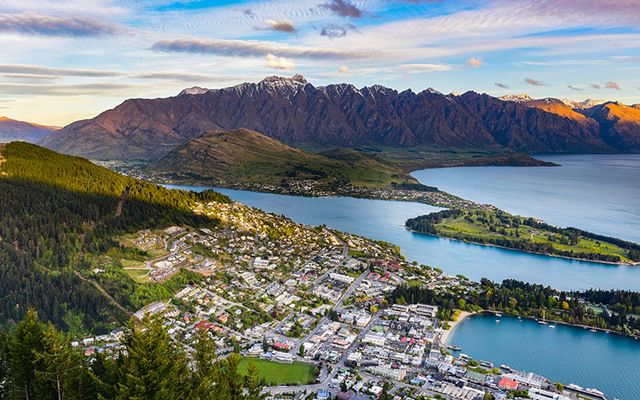 The Government of New Zealand has declared it will crackdown on visas available for skilled migrants; just a single day after the Government of Australia announced a similar measure.

The change comes amid record immigration to the Pacific island nation and a housing and infrastructure crisis in Auckland. From now on, anyone applying for a skilled visa must earn at least $34,000 (US) and work visas will no longer be issued for spouses - unless they meet the requirement as a skilled worker themselves.

The Government had previously resisted cracking down on immigration, with Prime Minister Bill English at one point telling journalists immigrants were needed because young New Zealanders were often unable to pass workplace drug tests.

Now his Immigration Minister has said the restrictions will "improve the quality of migrants coming to New Zealand."

The country has always been popular with Irish emigrants and numbers peaked in 2012/13 when a whisker under 5,000 Irish citizens obtained work visas. Last year, 3,505 were granted the right to work and a further 485 became permanent residents.

Earlier this week the Australian Government announced a similar tightening of visa rules; the 457 visa is used by companies to bring in foreign labor temporarily into the country will be abolished and in its place, two new stricter visas will replace it.

The number of occupations which businesses can nominate their employees for will be reduced, the new visas will cost more, criminal background checks will be introduced and an English-language requirement more strictly enforced.

A Queensland-based attorney and president of his local Irish Australian Chamber of Commerce David Greene said, “The people who will be affected are those who have just graduated from university and don’t have the required work experience, or others from a trades background who might have years of experience but no formal qualifications. These people would have relied on employer nominations in the past, and won’t be eligible for the new temporary visas. They will struggle now.”

In the United States, visas granted to young Irish workers look set to be restricted, too. The J-1 visa which allows graduates to work and travel for a year in America was hastily extended for a further three years in December. President Trump pledged during the campaign to abolish the J-1 but no one in the administration has since mentioned the visa.

The H1-B visa which was granted to 600 Irish citizens in 2015 has also been the subject of criticism from Trump and his team. In January the Washington Post reported that “President-elect Donald Trump and his choice for attorney general, Sen. Jeff Sessions (R-Ala.), have tabbed the [H1-B] for a major overhaul, and might even scrap it altogether. In the House, Rep. Darrell Issa (R-Calif.) is on the same wavelength.”

No changes are in the pipeline for the two other major destinations for Irish immigrants; Britain and Canada.

Whilst the British Government has made restricting the ability of EU citizens a cornerstone of its upcoming negotiations with the European Union, it has confirmed that Irish citizens will be hopefully unaffected by the changes.

Currently, Irish and British citizens have the right to live and work in each others’ countries due to the EU’s freedom of movement laws. There was doubt when Britain voted to leave the EU last year as to whether freedom of movement would be retained for the Irish but both Dublin and London have agreed to attempt to maintain the status quo.

Citizens of other EU countries wishing to move to Britain will need to apply for work visas.

Another destination, Canada, is currently lead by the staunchly pro-immigration Liberal Party and no tightening of the country’s visa laws are anticipated.