Thanksgiving is an American holiday Ireland should embrace 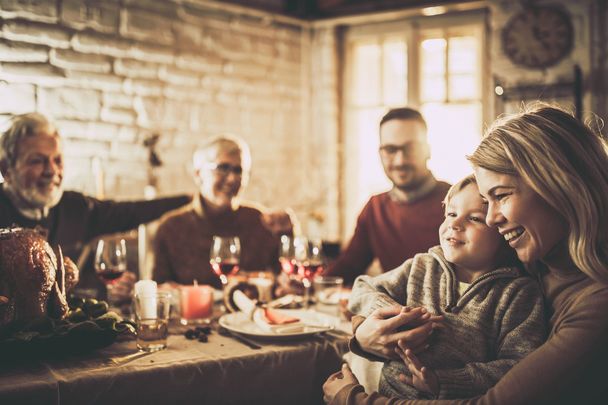 Thanksgiving is one of the biggest days of the year in America, but here in Ireland it's simply another Thursday. Getty

You'll often hear people in Ireland complain about the American influence on the culture here. I don't always disagree.

American television, music, and movies seem to be everywhere and a lot of it is just garbage. Anytime I see or hear Britney Spears I know they have a point.

In a week or two, many Irish people will have their homes bedecked in flashing Santas, snowmen, sleighs, and all sorts of light displays. None of this existed when I first moved to Ireland in the early 90s. Back then the only decorations you'd see when you went by a house was the Christmas tree in the window – there were no outdoor decorations. Now every neighborhood is like Times Square: American influence.

Yet, there's one American holiday tradition that refuses to leave America's shores – Thanksgiving. Yup, Thanksgiving is one of the biggest days of the year in America, but here it's simply another Thursday. No holiday, no parades, no football (that's another sad story), no nothing. It can be the most depressing day of the year for an American in Ireland.

Instinctively all Americans know when Thanksgiving comes around. It's ingrained in our DNA. When that 4th week of November comes around you begin to salivate at the thought of the big turkey dinner, like some Pavlovian dog. Whether you're stateside or in Ireland or anywhere else for that matter you've just gotta have turkey. 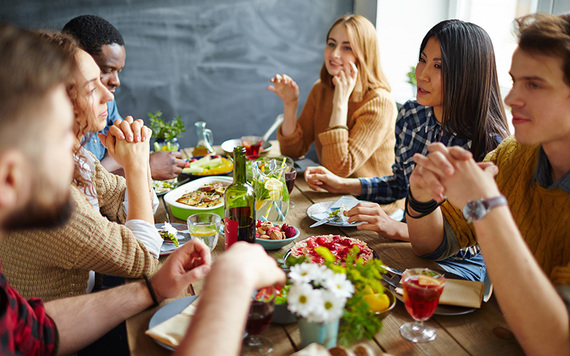 Friendgiving - recreating the warmth and fun of Thanksgiving when your family's not available. Will you be doing this at Thanksgiving in Ireland?

It's easier said than done, however. You can't just walk in and buy a turkey in the stores here. All the turkeys in Ireland are earmarked for December 25. And if you have to work a full day, there's no time to prepare a Thanksgiving dinner.

Those are obstacles, but not insurmountable ones. First, many Americans here shift their celebrations from Thursday to Saturday, when they have the time needed to prepare the dinner. Also, for those who don't have family here, a Saturday celebration makes it easier to invite over a few Irish friends to take part in Thanksgiving. (Just because it's not a holiday here, doesn't mean Irish people will turn down a nice big dinner and a couple glasses of wine.)

As for the turkey, you have to order in advance. We order from a supermarket near enough to the American embassy. They're used to us Yanks and our specific needs for turkey a month in advance of the Irish populace. When I called to place my order a couple of weeks ago, Dave the butcher heard my accent and right away stopped me with, "Thanksgiving, right?"

Somehow I like that. I like talking about Thanksgiving. I want people here to know about it. In fact, I think it would be great if Ireland took up the tradition.

Who doesn't need a day to take a time out from all the hustle and bustle? A day with no cards, no gifts, no nothing other than time? Time to reflect? What's not to like?

Me? I'll be picking up our turkey later this evening and the whole family will sit down to Thanksgiving dinner tomorrow afternoon (after school – life's tough for some). My stomach and I can hardly wait.

Are you an American living in Ireland? Let us know how you celebrate the holiday in the Emerald Isle.