Entrepreneurship in Ireland is thriving more and more every day. 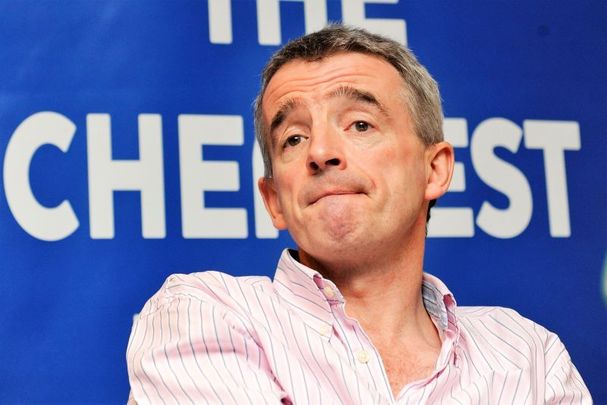 Young entrepreneurs are building tech and social media start-ups left and right, adapting well to this digital era we are living in.

These young do-ers are taking on inspiration from some of Ireland's most infamous business people behind massive companies.

Here are five successful entrepreneurs who have had a significant impact on the entrepreneurial spirit within Ireland and beyond.

Michael is popular for his no-nonsense approach to low-cost airline management. Michael has piloted his company through the turbulent waters of global recession into what is now known as Europe's most successful aviation company. The businessman rose through the ranks, from being the late Tony Ryan's personal assistant to the CEO in 1994.

Mr. O'Brien is popular amongst most Irish people. He has a net worth of over $4.2 billion and stands tall as Ireland's richest native-born citizen. O'Brien was also one of Dr. Tony Ryan's proteges during the mid-eighties where he served as his personal assistant. He has a 94% interest in the Caribbean mobile phone operator known as Digicel. The company operates in the Asia Pacific and Central American axis.

Tony O'Reilly is known as one of Ireland's most remarkable public figures. Mr. O'Brien was once an Irish rugby international player. His business involvement included the international food group Heinz, Waterford Wedgwood, and Irish Independent News and Media. His net worth was reportedly estimated at 1 Billion Euros in 2014 by the Irish Independent Newspaper, although recent reports have suggested that his personal wealth has decreased over the years.

Mr. McManus is a rather quiet personality who does not fancy publicity. His recent acquisition of the five-star Adare Manor Hotel and former stately home in his native County Limerick have however made headlines. The Irish Entrepreneur was granted a bookmaker license in 1972 but only began accruing tremendous wealth by making major gains on the currency and bond markets. He is an ardent supporter of Manchester United Football Club. His net worth is estimated at $1 billion.

Mr. Desmond is another of the top Irish Entrepreneurs. He founded the NCB stockbroker in 1981 and sold the company in 1994 for $39 million. Afterward, he started his private equity firm, international investment and Underwriting firms. The entrepreneur has stakes in the travel software firm Datalex, Mountain Province Diamonds, Barchester Healthcare, and Glasgow Soccer Club (Celtic). His net worth is estimated at $2 billion.