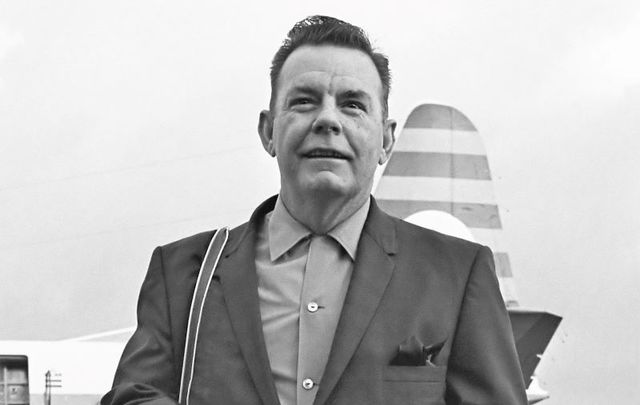 The son of an Irish immigrant blacksmith born in Houston Texas. An upbringing so poor, he had to drop out of high school to support his family. A WW2 vet and world-renowned specialist oil well firefighter with a career so illustrious and prolific, a movie (Hellfighters) starring John Wayne was made about it in 1968.

Paul Neal Adair was born in Houston Texas in 1915 to an Irish immigrant father and one of eight children. He spent part of his childhood growing up in an orphanage and this is where Red Adair learns to defend and stand up for himself.

In the 1930s during the great depression, his father's blacksmith business went under forcing Adair to drop out of high school to support the family despite being an aspiring college student.

In WW2, Adair was drafted into the army where he served in Japan with the 139th bomb disposal squadron until 1946 reaching the rank of staff sergeant. It was in this role that Red learned about controlling fires and explosions.

After Red served his time in the military, he returned home to Houston and was hired by Myron Kinley where he worked for 14 years helping to put out oil well fires. In 1959 he resigned and formed his own company (The Red Adair Company, Inc). It quickly developed into a world-renowned name for fighting oil well fires both inland and offshore. The company on average put out 42 fires a year.

In November 1961, a petroleum gas well in Algeria had a blowout. The flames from the blowout reached 700 ft and burned 550 million cubic ft of gas per day. An astronaut (John Glenn) reported the fire from space. The fire became known as the devil's cigarette lighter.

Adair spent months in preparation. Equipment had to be built onsite. Because the fire was in the Sahara desert, water had to be pumped from wells and stored in three reservoirs each ten ft deep and the size of a football pitch. They placed nitroglycerine near the base of the fire. When the nitroglycerine was ignited, it sucked all the oxygen from the air drowned out the fire. Once the fire was extinguished, Red's team removed the wellhead and capped the well on 28 of May 1962.

Red Adair was hugely respected in the gas and oil industry before putting out the devil's cigarette lighter. But this feat placed him in iconic status. He put out several more notable fires in his career after Algeria including an offshore rig in Louisiana in 1970 and a blowout in the North sea in 1977.

Furthering his own cult status and illustrious reputation, in 1988 aged 73, he put out a massive explosion at Piper alpha rig off the coast of Scotland.

At the closing of the first gulf war in the early 90s, Adair was hired to extinguish oil well fires in Kuwait that Saddam Hussein's retreating army had ignited. Red extinguished 117 burning wells in nine months.

At the height of Red Adair's fame, a movie loosely based on his life was made in 1968 starring John Wayne called Hellfighters. Adair served as technical advisor in the making of the movie.

One of the incredible feats that Red Adair somehow managed to achieve throughout his career (or at least he claimed) is that no firefighters ever died or were badly injured during any of the oil well fires he tackled. Despite having a fearless daredevil reputation, Adair had an even bigger reputation for health and safety when it came to the safety of his firefighters.

There's a story about Red Adair, that when he was 14, he participated in a swim meet in Houston. Too poor to afford his own shoes, he walked to the swim in his father's shoes that he borrowed. After a considerable amount of time in the water, his feet swelled and the shoes wouldn't fit him. Too proud to tell anyone of his predicament, he waited until nightfall to walk home barefoot. The same boy grew up to be a world-renown swashbuckling larger-than-life firefighter.

Red Adair once famously said: "If you think it's expensive to hire a professional to do a job, wait until you hire an amateur." Rest in peace.