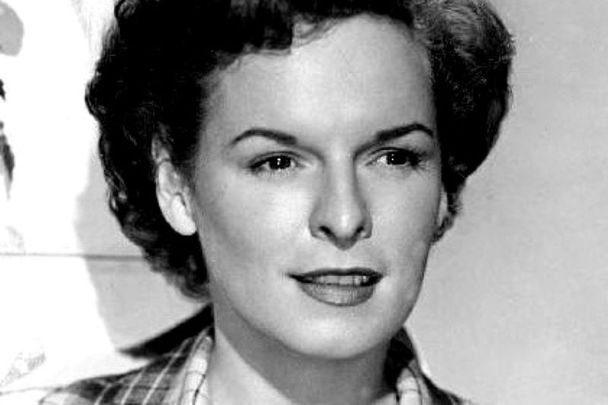 1950: Publicity photo of Mercedes McCambridge in All the King's Men, her first film and for which she won an Oscar for best supporting actress. Public Domain

Mercedes McCambridge was an Irish American actress and radio star famous for her role as the voice of the demon Pazuzu in the 1973 cult horror blockbuster "The Exorcist".

McCambridge was born in Joliet, Illinois to Irish American parents  and a family of farmers in 1916. She began her career in radio in the 1930s while also performing on Broadway. Notable radio performances included 'Lights Out,' 'Inner Sanctum,' 'Murder at Midnight,' and  'Abbie's Irish rose.'

McCambridge's movie career took off in 1949 when she was cast opposite Broderick Crawford in 'All the King's Men.' McCambridge won an Oscar, the Best Supporting Actress Golden Globe, as well as New Star of the Year for her performance.

In 1954, she was nominated for another Oscar in the Best Supporting Actress category for her role in the cult classic "Johnny Guitar," which co-starred Joan Crawford and Sterling Hayden. She famously described Joan Crawford afterward as "a mean, tipsy, powerful, rotten-egg lady."

The role that most people will remember McCambridge for and the role she's least known for is the voice of the demon "Pazuzu" from the horror movie 'The Exorcist.' For the role Mercedes, prepared for three weeks smoking incessantly, binge drinking, and eating raw eggs. She subjected herself to physical restraints while recording the role. Amazingly Warner Brothers cut her name from the credits despite her unforgettable performance. She was later added.

McCambridge married her first husband in 1939. They had a son Sean in 1941 and the couple divorced in 1946. She remarried Canadian producer/actor/director Fletcher Markle in 1950. During the marriage, McCambridge battled alcoholism, often being hospitalised after episodes of heavy drinking. Her second marriage ended in divorce after 12 years in 1962.

In 1969, with help from Alcoholics Anonymous, she finally achieved sobriety. From 1975 through 1982, she devoted her time to the nonprofit Livengrin Foundation in Pennsylvania. She first served as a volunteer member of the board of directors before becoming president and CEO, responsible for the running of a residential program for both male and female alcoholics. It's still open today.

In 1987, McCambridge's son Sean, a UCLA graduate with a Ph.D. in economics who was under investigation for fraud and misappropriation of funds, shot and killed his wife and two young daughters before killing himself.

McCambridge died on the 2nd of March 2004, two weeks before her 88th birthday. She has two stars on the Hollywood walk of fame. One for motion pictures and the other for TV. RIP!