The Irish have had great success at the Academy Awards, but our most successful eleven-time Oscar winner is a relatively unknown Dublin man named Cedric Gibbons. 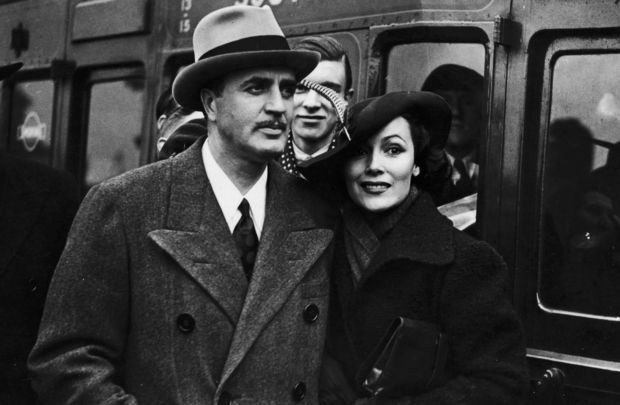 How did Irish man Cedric Gibbons go from being an electrician in New York to the second most successful Academy-Award winner of all time?

The top Academy-Award winner of all time should come as no surprise to anyone as a 22-time Oscar winner and cartoon extraordinaire Walt Disney but did you know that the second-place winner was, in fact, an Irishman?

Yes, the remarkable Cedric Gibbons won no less than 11 Academy Awards, and not only that but he designed the very Academy Award statuette that is handed out to winners year in, year out.

His career was a truly remarkable one but maybe not quite as great as his credits would leave you to believe. A very astute businessman, he bargained when signing the dotted line on his contract with MGM - a studio that was about to burst to tremendous heights during the Hollywood Golden Era - that he would be listed as Art Director on every single movie they made. That amounts to quite an amount of name credits!

So how did the Dublin-born Gibbons make it to these dizzy heights?

According to RTÉ journalist Olan McGowan, who presented a fascinating radio piece on Gibbons for Today with Seán O’Rourke, he was born in Dublin in 1893 and moved to New York with his family when he was still just 18. He worked there as an electrician but was soon attracted by the lights of the film set. He left his job at the Edison company when he met Sam Goldwyn who took him on as a set designer in his fledgling movie company.

It was at this point that Gibbons began his catapult into Hollywood and film history as Goldwyn, that year, merged with the Metro Picture Corporation and the Louis B. Meyer picture company, creating MGM. On the merger, Gibbons signed to the company as Principal Art Director, successfully bargaining for that contract that would give him his 1,500 movie credits over a 42-year period. Just imagine! That’s 42 movies a year, almost one a week for over 40 years.

Gibbons is believed to have genuinely worked on around 150 movies during that time, including the likes of "The Wizard Of Oz," "An American in Paris," and "Quo Vadis." For these and many others, he would receive 37 Academy Award nominations and win eleven in total for Art Direction.

Who is your favorite Irish Oscar winner? Let us know in the comments section below.