"Putin did not respect their right to be, and he has gone on a murderous rampage unseen since Hitler’s time to stop it." 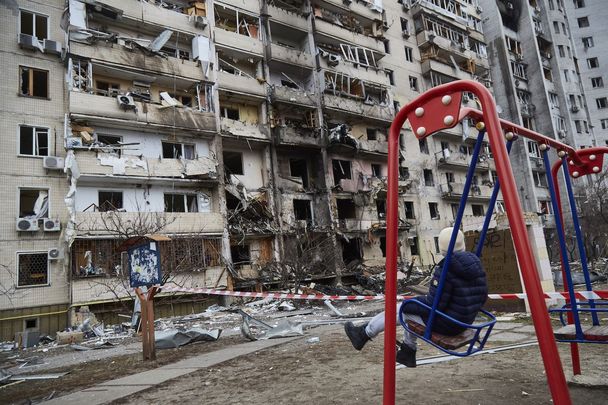 A child swings outside bombed apartments blocks in Ukraine. Getty

The level of viciousness and hate unleashed by the Russians in the invasion of their closest neighbor and fellow Slavs in Ukraine points to a reality that seems very unlikely at first glance.

That theory is that the closer the two countries are both geographically, language-wise and with shared traditions, the more violent and vicious the battle between them will be.

Ukrainians and Russians have huge family bonds and share many similar aspects of language, culture, creativity and outlook which have mixed and mingled the two Slavic races for centuries.

So where does this unspeakable savagery and anarchy loosed upon the Ukrainians come from?

From one man of course, Vladimir Putin, who believes he was created on Earth to restore the Russian Empire of Catherine the Great — only his Ukraine cousins, once vassals of the Russian state, have no desire to do so.

They are prepared to fight to the death to stay clear of Moscow’s writ.  Russians and Ukrainians may keep a common language, share a similar history and worship a similar Orthodox Christian fate, yet the savageness and brutality of the original attack by the Russians, now being revealed to the world, reveals a fury and fanaticism in the part of Russia that will not end well for them.

The Russian Army, frustrated at their lack of progress, turned to mass killings, beatings and summary executions to try and cow the Ukrainian people. Their bloody actions led to exactly the opposite reaction. Far from being cowed, the Ukrainians have driven them back.

Genocide is being claimed by President Volodymyr Zelensky as the murder and massacre stories begin to pour in.  Nobody expected a bloody call to arms and invasion by Russia in the context of the modern era and far more sophisticated Europe of the present day. 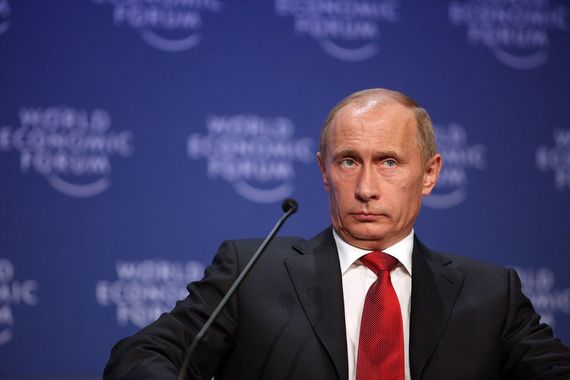 But that is what occurred, and Putin is learning the lesson that when you unleash the dogs of war they sometimes return to bite you.

Genocides and rampant violence against former friends is nothing new.  In the Rwanda civil war in 1994, close to one million members of the Tutsi tribe were murdered by their Hutu neighbors.

These killings were carried out in villages and towns across Rwanda, and gangs of Hutus roamed the countryside murdering and raping as they went. Yet members of the two tribes were virtually the same.

We can turn to two episodes in recent Irish history where neighbor clashed with neighbor. The Irish Civil War, mercifully brief, started in 1922 and lasted 10 months.  It resulted in numerous atrocities, including summary executions by men who only weeks before were fighting side by side.  The most horrific case involved a group of IRA supporters in Kerry being tied to a land mine and then setting the mine off.

In the North we know the story, of course, two Christian populations fighting and dying even though they worshiped a very similar God when it came down to it.

So what is that atavistic streak, that horrific need to kill those who resemble yourself?

It is tied up in a host of issues, but respect for the other point of view is the key to challenging it.  Ukraine wants to be part of Europe, not part of some new iron curtain.

Putin did not respect their right to be, and he has gone on a murderous rampage unseen since Hitler’s time to stop it.  But all he has succeeded in doing is ensuring Ukraine will never be in the Russian orbit ever again.