What happens to the St Patrick's Day shamrock at the White House?

After the traditional St. Patrick's week ceremony at the White House is over what do they do with the Irish shamrock? 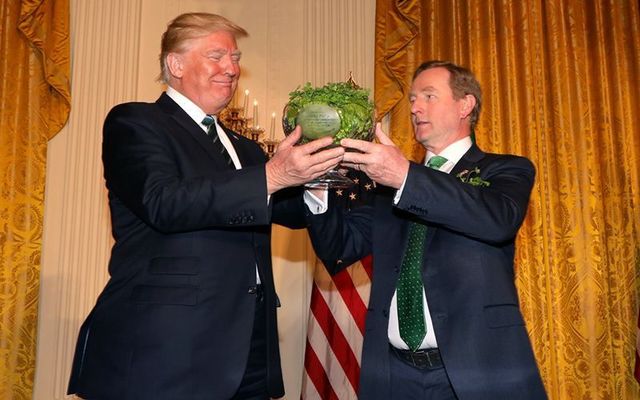 After the traditional St. Patrick's week ceremony at the White House is over what do they do with the Irish shamrock?

I've always wondered what happens to the shamrock that the Irish Taoiseach (Prime Minister) presents to the President of the United States, in the case of 2018 Leo Vardkar and Donald Trump.

According to a report in CNN reports, it goes straight to the crusher.

Uhuh. That little bowl of shamrock, the "enduring symbol" of the relationship between Ireland and the U.S. is destroyed after making the long trip from Ireland.

A collage of St. Patrick's Day moments at the White House.

There's no word as to what the Trumps will do with the crystal bowls.

Either way, it's great to see the Trumps continue this tradition of Irish access to the U.S.

But any chance ye could spare the shamrock lads?