The smell of an open fire in Ireland is intoxicating, but what is Irish turf?

"Settle in and little to the fire flame as our Irish American Mom explains all." 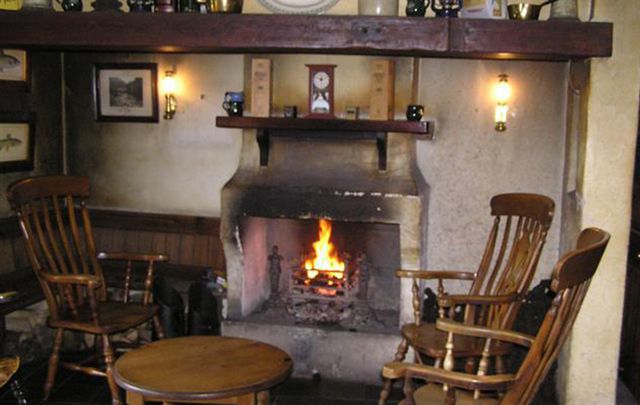 A cosy fireplace with some turf on the fire. Kenneth Allen

What could be more nostalgic and calming than the experience of sitting in front of an open turf fire in Ireland but do you know what Irish turf is?

Settle in and little to the fire flame as our Irish American Mom explains all.

When most Americans hear the word “turf”, an image of green grass immediately comes to mind, like the lush green turf of a golf course.  For Irish people, the word conjures up dreams of lapping flames and the distinctive smells of a turf fire.

And so today I thought I might introduce my American readers to Irish turf.

Known as peat in other parts of the world, the Irish prefer the term turf, unless referring to hard, compressed fuel blocks known as peat briquettes.

But whatever you call these brown earthen blocks, I think most Irish people appreciate the warmth and comfort of a turf fire.

Turf is dried-peat and was a primary fuel source for Irish people for thousands of years. 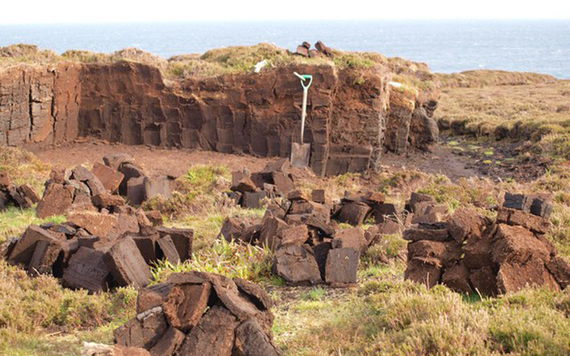 A peat bog in Scotland.

When he reached his teenage years, his poor father had to peel him off the bed to come to help him in their Donegal bog.  Somehow the lure of an ice cream cone at the end of the day had lost its appeal for a cool teenager. 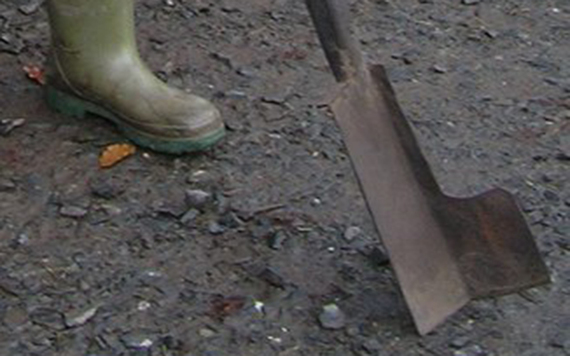 In the past, Irish people used turf to heat their homes and cook their food.  Turf was harvested from a bog.  Cutting turf by hand is a laborious task.

A two-sided spade called a sleán is used to slice blocks of peat from the bog. 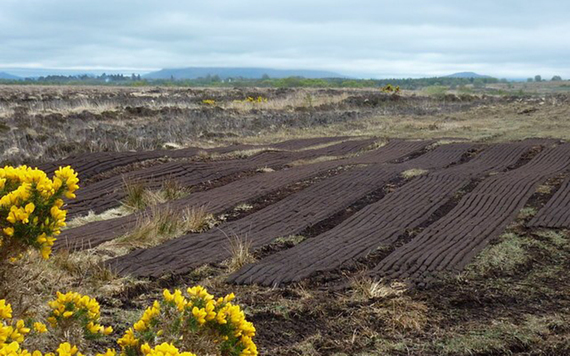 A bog in County Mayo.

So much work was involved in entire families, in years gone by, took part in the summer turf cutting expeditions to the bog.  Everyone’s effort was necessary to save enough fuel to sustain the family throughout the cold winter season.

Preparing turf requires drying it out so that it will ignite when lighted.

Sods of newly cut turf is laid out in the sun and turned to allow them to dry. 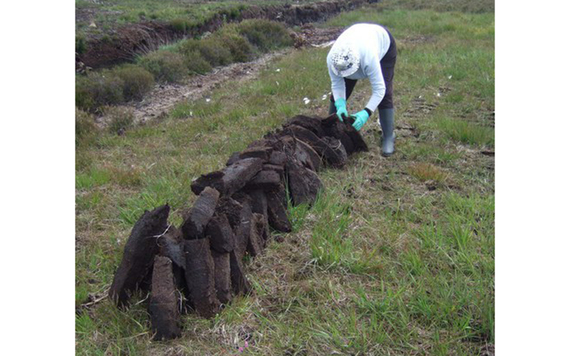 Stacking up turf to dry.

The turf blocks or sods are then stacked into small ‘stooks’ as shown in the photo above.

These little towers of peat allow the wind to blow through the sods and help with the drying process.

Standing the sods of turf upright and leaning them against each other is no easy task. This process is called ‘footing’ the turf. 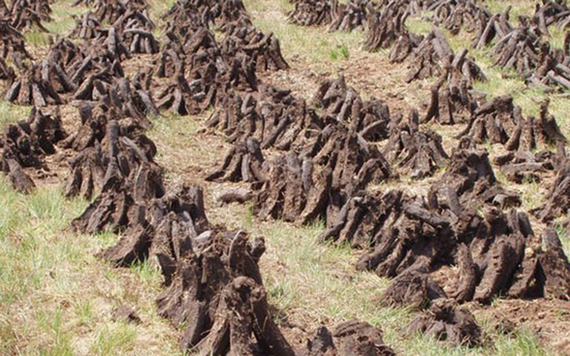 Small stacks on turf drying out.

Very few people cut turf these days, but in some western counties, turf stacks can still be seen in the summer months, balancing precariously against each other to dry out in the wind and the sun.

The sods of turf in the picture above are almost ready for the fire.  However, they probably wouldn’t see a match until the cold days of winter. 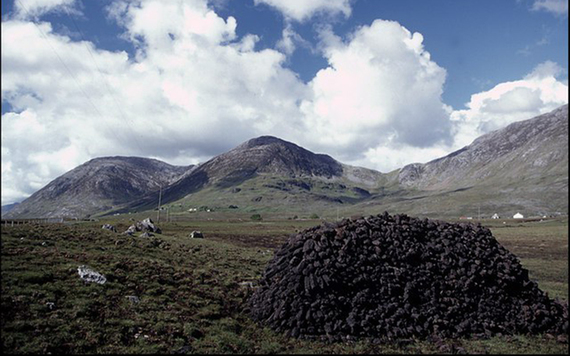 Once the turf is deemed dry enough it is gathered together into a great mound or rick for storing.

Cutting turf and saving it was exhausting work. A day at the bog was a daunting prospect on an empty stomach.

As a result, the poorest Irish folk had an inadequate fuel supply stored for the winter months of 1846-1847. And to make matters even worse, that winter was cruel, with bitterly cold temperatures.

I have read that people took to drying cow dung to burn in their fires for heating since they had no turf saved. 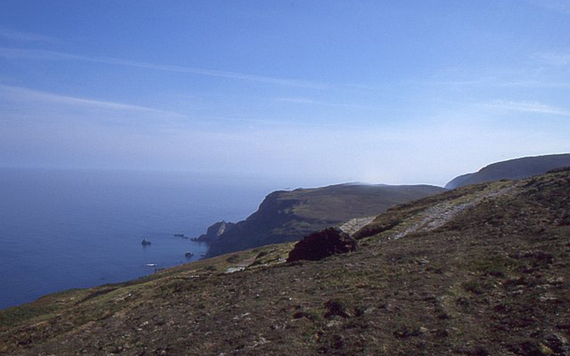 Turf stacked on a hillside, on the Inishowen Peninsula, in County Donegal.

Today turf cutting is primarily completed by machinery in the vast bogs of Ireland’s inland counties. But you’ll still see turf stacks in unusual places along the coast.

In the photo above a rick of turf has been gathered on top of the high cliffs overlooking the Atlantic ocean on the Inishowen Peninsula, in County Donegal.

Turf cut from peat bogs may be the traditional fuel in the west of Ireland, but unfortunately, it is a smoky fuel. It has been banned in smokeless urban zones.

In my granny’s cottage kitchen in rural Ireland turf was the fuel of choice. I still remember the bright, lapping flames of the turf fire and the sweet aromatic scent that permeated her kitchen.

Let us know in the comment section below if you have ever had the pleasure of warming your toes in front of a glowing turf fire, or perhaps you endured days on end of back-breaking labor to save the precious turf when you were a child. I’m looking forward to reading all your stories.

Many Irish pubs in the west of Ireland still burn turf in open fires, helping tourists and locals experience a little bit of the olden ways of Ireland.