One book, one New York - the choice remains a mystery

"Isn’t this contest called One Book, One New York? Shouldn’t the books under consideration explore the city in all of its mess and wonder?" 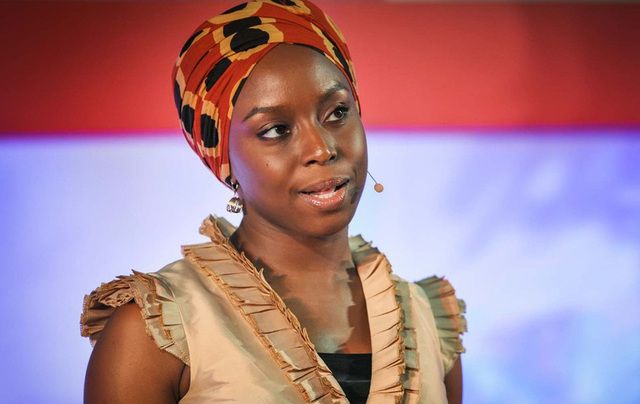 Next week, on February 28, voting wraps up in New York City’s One Book, One New York contest.  The idea is to get a large number of New Yorkers to read and discuss a fine work of literature.

What could be bad about this?  After all, not only am I a writer but I’m also an English teacher.  This is the kind of stuff people like me dream about.  Even celebrities like William H. Macy and Bebe Neuwirth are joining the fun, lobbying for their own favorite books.

And yet, they somehow found a way to screw this up.

For the record, I’ve read all five books under consideration.  Each is excellent and entertaining in its own unique way.  One is arguably my own favorite book, while another is arguably the greatest New York Irish novel ever written.

But that’s where the problem begins.  All five of these books have already been celebrated widely.  One Book, One New York might, instead, have been an interesting opportunity to turn readers on to New York stories that may not be so widely known, yet very much deserve to be told.

From an Irish American standpoint alone I can think of novels such as Peter Quinn’s Banished Children of Eve or Jimmy Breslin’s Table Money, as well as non-fiction such as Terry Golway’s Machine Made: Tammany Hall and the Creation of Modern American Politics or Tyler Anbinder’s Five Points: The 19th Century New York City Neighborhood That Invented Tap Dance, Stole Elections, and Became the World’s Most Notorious Slum.

Which is to take nothing away from the five justly-celebrated books up for consideration.  There is Betty Smith’s classic A Tree Grows in Brooklyn, about the struggles of an immigrant family (Irish father and Austrian mother) in early 20th century Williamsburg, Brooklyn.

Then there is The Brief Wondrous Life of Oscar Wao by Junot Diaz, a personal favorite, which won the Pulitzer Prize and explores the title character’s painful coming of age in Paterson, New Jersey and the Dominican Republic.

Then there is Americanah by Chimamanda Ngozi Adichie, which won the National Book Critics Circle Award and tells the star-crossed tale of Nigerian immigrants coping with love and post-9/11 life in the U.S.

Next up is Ta-Nehisi Coates’ long letter to his son Between the World and Me, an explosive exploration of America’s tortured racial history, which also won a National Book Award.

Finally, there is The Sellout by Paul Beatty, a laugh-out-loud satire (and Man Booker prize winner) which chronicles the unnamed narrator’s efforts to reintroduce slavery in California, leading to a Supreme Court case.

This is indeed some fine reading and all of those awards were duly earned.

However, perhaps you noticed something about the settings of these books.

Jersey and the D.R.?

Isn’t this contest called One Book, One New York?  Shouldn’t the books under consideration explore the city in all of its mess and wonder?

Yes, it’s true that parts of Americanah unfold in New York, and yes, of course, A Tree Grows in Brooklyn is one of the great New York City books.

Still, if we are all going to undertake the reading and discussion of a single book then it seems to me all the nominees should speak of the New York City experience in a serious, even intimate way.  Because, for one thing, while New Yorkers love to bloviate about how great their city is, the vast majority know precious little either about the city’s history or its less-familiar corners.

Again, just to use Irish writers to make this point, Thomas Kelly’s Manhattan and Alice McDermott’s Queens and Matthew Thomas’ Bronx and Pete Hamill’s Brooklyn and Eddie Joyce’s Staten Island offer up portraits of New York that even many New Yorkers might not recognize.

So, by all means, participate in the One Book, One New York campaign.  But next time, can we maybe make sure we get more books, you know, about New York!tact “Sidewalks” at tdeignan.blogspot.com)