Nightmare at the museum? Have Irish immigrants become the latest victims of the woke wars

"People with fancy educational credentials have started to argue that starving peasants from Skibbereen came to America just to make things worse for the 'powerless.'" 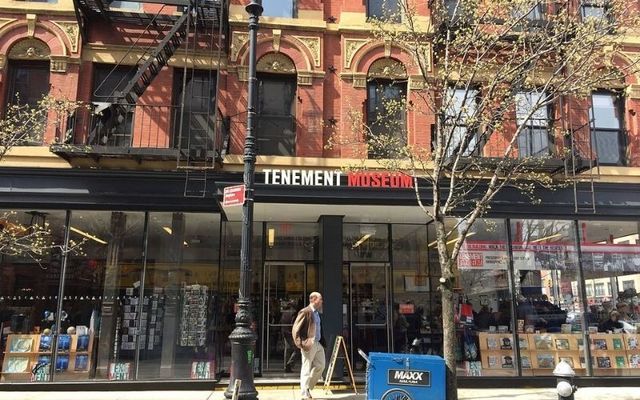 Debates over the Tenement Museum: Immigration Museum NYC's plans to modify the Moore Family apartment with the addition of a new black family's history, also called Moore, has sparked an emotive debate but it signifies much more.

You can accuse Donald Trump of many outrageous things. Which is precisely why lots of people still have very strong opinions about the former president.

But my own strong opinions about Trump come from something quite small these days.

When he looked out at the torch-wielding marchers in Charlottesville, and decided that the best comment he could make was about “both sides,” well, he kind of ruined that phrase, didn’t he?

Which is a shame.  Because when it comes to so many culture war conflicts, that’s usually where the bulk of blame lies. With both parties.

This came to mind last week as I read about the kerfuffle that went kablooey at New York City’s Tenement Museum.

What this mess mainly reveals is that too many of us care only if our political team wins. Or our political enemies lose. Beyond that, not much else matters.

This began with a New York Times piece a few weeks back, followed by an angry essay by Peter Van Buren which ran in the New York Post.

“When I joined the (Tenement) museum as an educator in early 2016, it was a small, elegant, good place,” Van Buren writes.

“Inside a restored 19th-century tenement apartment house, it told the story of some of the actual all-immigrant families who had lived there.”

“Our mission at the museum went from telling real stories to ‘fighting fascism and destroying the patriarchy.’ With our focus on immigration, we were given tips on handling what the museum snidely called ‘red hats,’ MAGA-capped Trump supporters.”

In other words, according to Van Buren, Irish immigrants became the latest victims of the social justice woke wars.

He claims, “Irish immigrants went from suffering anti-Catholic discrimination in Protestant New York to being murderers of innocent blacks during the 1863 Draft Riots. Never mind that the Irish family spotlighted by the museum lived there in 1869 and had no connection to the riots. We were on a woke jihad.”

For all of the overheated rhetoric here, Van Buren may well have been onto something. Among a certain class of progressive thinker, yesterday’s immigrants have increasingly come to be linked with faddish theories of “structural oppression” and “white supremacy.”

More and more, the huddled masses seem to have white hoods on their heads. Even if the Klan actually hated yesterday’s immigrants!

But Van Buren never tells us what the folks who run the Tenement Museum think about his claims -- that the museum was planning to “do away with its current Irish family tour in lieu of a hybrid to emphasize black suffering and de-emphasize the actual life experiences of discrimination imposed on the Irish by ‘whiter’ New Yorkers.”

Instead, Van Buren just goes on and on like this.

Then the national Ancient Order of Hibernians got involved, saying it was concerned about what seemed to be a "compare and contrast" angle on the Irish and African American stories.

"The museum's strategy of pitting the story of one heritage against another is a recipe for enmity,” the AOH added in a statement.

Which might also be true. Except that no one has really proven that that is really the “museum’s strategy.”

That’s certainly a little, um, vague. It certainly may turn out that Van Buren and the AOH have valid concerns.

Because a lot of people with fancy educational credentials have started to argue that starving peasants from Skibbereen came to America just to make things worse for the “powerless.”  Even if those Irish immigrants were pretty much powerless themselves.

All we need now is for someone to actually prove that’s the game the Tenement Museum is playing. Rather than, you know, fight the Draft Riots all over again.