An angry merry-go-round of push, pull "cancel culture" is arising but lest we forget... we've been here before. 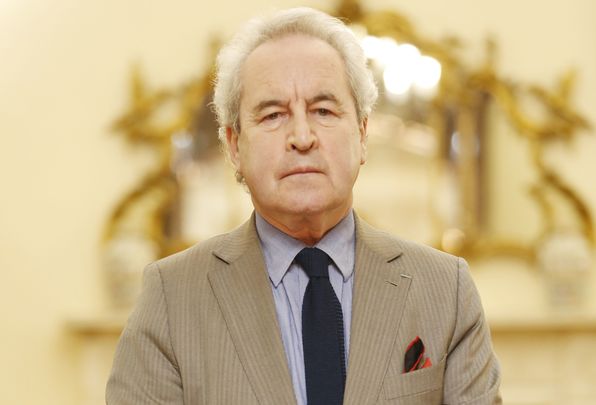 Harper's Magazine first foray and New York Times response should remind us all that "objectivity" is important but so are solutions. Can't we learn from our past?

Irish novelist John Banville and Irish American journalist Caitlin Flanagan are among those who have lobbed the latest verbal grenade in a nasty, new culture war. That war is going about as well as the simultaneous other wars we are currently waging against COVID-19 and historical injustice.

It reads in part, “Powerful protests for racial and social justice are leading to overdue demands for police reform, along with wider calls for greater equality and inclusion.”

But, the letter adds, “this needed reckoning has also intensified a new set of moral attitudes and political commitments that tend to weaken our norms of open debate and toleration of differences in favor of ideological conformity.”

The letter, published on the website of Harper’s Magazine, concludes, “As writers, we need a culture that leaves us room for experimentation, risk-taking, and even mistakes.”

Swiftly came what The New York Times called a “counterblast,” accusing Banville, Flanagan and the rest “of elitism, hypocrisy, and complicity in the bullying they decry.”

Entitled “A More Specific Letter on Justice and Open Debate,” it takes up (in often excruciating detail) the reasons why truth must be spoken forcefully to power, including the powerful who signed the original Harper's letter.

And so the angry merry-go-round continues. It does not help that the first letter was supported by older, more established “cultural luminaries,” while the response was written by younger folks. It’s just those boomers yelling at the kids on their lawn again.

Which does not change the fact that we are living in a time when public statements can lead to very serious consequences. One side thinks that goes too far and promotes “ideological conformity.” The other side thinks that’s the price you pay for being on the wrong side of history.

Not all of this is entirely new. Back in 1998, The New Yorker called upon a bunch of great thinkers, dubbed the “experts on human folly,” to tell us something about Bill Clinton’s impeachment that newspapers and polls were not telling us.

They looked at this sweeping story of lust, power, and lies, and uniformly agreed on who the victims and villains were.

The point is not whether I agree or disagree with them. The point is: Can these folks really be “experts on human folly” if they completely agree with each other?

Then and now, is there no room for contrarian argument, or a devil’s advocate?

Not many people who love to argue and debate were drawn to these things so they could think just like everyone else.  And yet, when it comes to so many important issues these days, that’s exactly what we do. Sit with like-minded folks and nod in agreement.

And now we have people calling for journalists to abandon the illusion of “objectivity,” since to pretend there is such a thing is to be complicit with the forces of repression. Are you really part of the problem if you merely have questions about the path to the solution?

That sounds a lot like the argument Fox News made when it hit the airwaves.

Back in 1998, Ethan Canin wrote in The New Yorker that Clinton’s persecutors had “zealous and chillingly unambiguous morality.”

In other words, it was simply not conceivable that any aspect of their argument might be wrong, or even open to debate. To suggest it might be made you an enemy worthy of scorn and shame. Like Hester Prynne in The Scarlet Letter.

To go back even further in time, Nathaniel Hawthorne’s classic 1850 novel explored the consequences of thinking differently, of challenging dominant voices around you.

Then again, Hawthorne once compared Irish immigrants to “maggots in cheese.” Maybe we should cancel that guy.

What does he have to teach us?