Irish journalist James Mahon chats with actor Michael Mellamphy on his journey from Co Cork and his career in New York City. 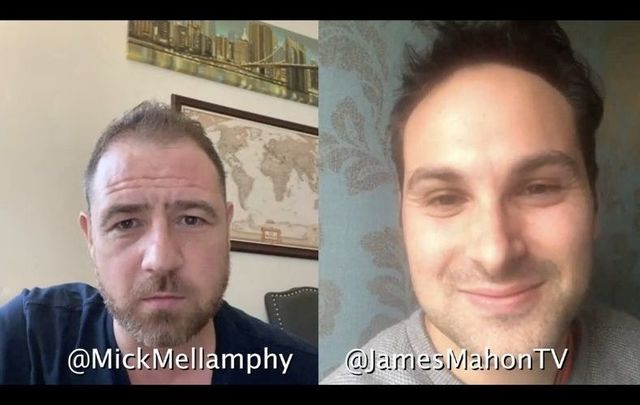 20 years ago, Michael Mellamphy decided to make his passion a reality. Leaving Cork behind, he moved to the Big Apple.

"Theatre is part of the fabric of this city," explains the deep thinking actor.

Between working and owning bars, he also tread the boards of the Irish Rep.

However, it is being a voice actor in one of the world's most successful video games that makes Mellamphy adored by fans across the globe. In 2018, the blockbuster movie Avengers Infinity War took home a phenomenal $700 million at the US box office. That same year, the video game Red Dead Redemption 2 took home $25 million more, just in its opening weekend of release.

For many actors, the route to success is on the big screen or even the smaller screen, but what about on screens that are both big and small and everywhere? However, it was a long road to the top for Mellamphy who knew he wanted to act since he was a teenager and after a number of years in theatre in Cork and Dublin, he took the plunge and moved to America at the turn of the millennium.

After working and owning bars on the Upper East Side, his partner, education entrepreneur Jessica DeLuca, pushed him to make the hard choice, step away from the hospitality world and give acting a real chance.

"Things just kind of started happening in the last two years," explains Mellamphy. Between auditions and parts in theatre shows, he began to rekindle his love for the stage and devote his focus to the real reason he left Irish shores 18 years prior.

Me as Seamus Shields from @irishrep 2019 production of Shadow of a Gunman. I adore this art. RDR2 fans are simply the greatest. pic.twitter.com/vos7k4rw7E

"For a lot of older people here in New York, theatre is their only lifeline," says an animated Mellamphy who talks with passion and purpose about his past and his present. It was the casting by Rockstar Games that he describes caught him off guard - "It's just mindblowing."  His character Sean MacGuire has fans enthralled, playing a game that has sold in excess of 30 million copies.

However, Mellamphy reiterates that this is also acting. "It's called performance capture, when I am drinking or sitting around a campfire, that's me."

Putting on the "suit with the dots" he describes how when I get hit in the game it's me "actually getting hit" and how his role in Red Dead Redemption 2 was "a lot closer to theatre than TV or Film."

As we finish up our chat he assures me that this path for acting still has him in awe. "I didn't know the scope of it all, its beautiful in a way."

He has found during the Covid crisis a growing number of gaming fans are reaching out to the real Sean MacGuire "The fandom has rallied, started their own blogs, podcasts."  However, this pandemic has allowed Mellamphy to reflect and he feels that moving forward, he can mentor, support, and guide actors once the box offices reopen and the stage lights come on and make a difference to show "how theatre can help people in a broader sense."