Josh Brolin presented the award for Best Film at the Irish Film and Television Awards (IFTA) and took the opportunity to share warm words about Ireland. 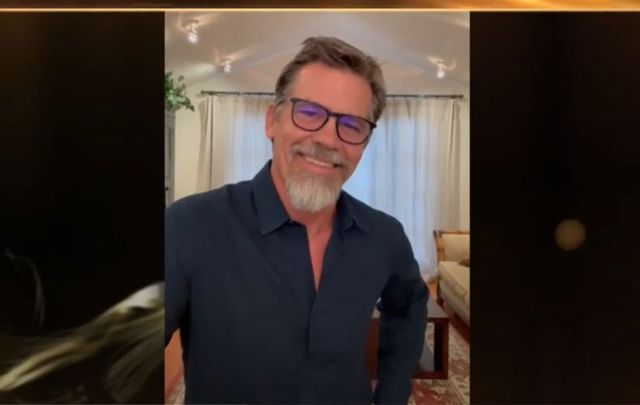 Josh Brolin presenting the award for Best Film at the 2021 IFTAs. IFTAAwards, YouTube

Who knew Josh Brolin has such an affinity for Ireland?

The actor was one of the presenters at the virtual Irish Film and Television Awards on Sunday evening, and his remarks were dotted with recollections of the apparently life-changing time he spent in the Emerald Isle.

Brolin, who said he was "very, very honored" to present at the awards, said of a previous visit to Ireland: "When I was 20 years old, I walked into a theater blindly, not knowing what I was seeing. It was a movie called My Left Foot, and I was forever changed."

Of course, the 1989 film My Left Foot is amongst the best of the best of Irish cinema and scooped up two Academy Awards.

Brolin continued: "And that same trip, with no money, I also the Cusacks do The Three Sisters at the Gate Theatre which was life-changing.

"And Irish literature, and all of that. You guys have a leg up on pretty much everybody and always have. So I'm truly honored to be here."

Brolin then announced the nominees for the 2021 Best Film IFTA -  Broken Law, Dating Amber, Herself, Vivarium, Wildfire, and Wolfwalkers.

Ultimately Wolfwalkers, the Irish animated flick which was also nominated for an Oscar this year, took home the coveted prize.

You can watch Josh Brolin's warm words about Ireland here: