Canon John Martin Hayes was the founder of Muintir na Tíre and the parish priest of Bansha & Kilmoyler in County Tipperary. 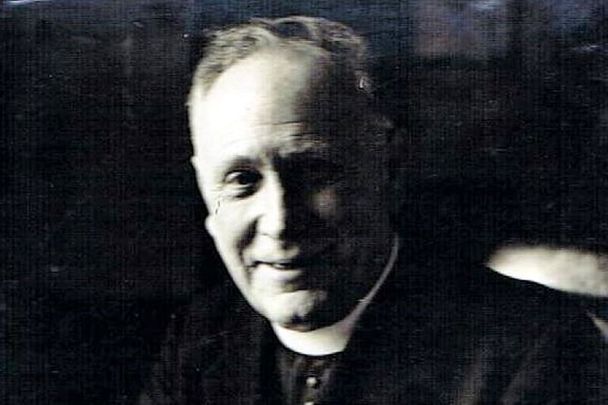 Around this time 64 years ago, the death took place of Canon John Hayes, the founder of Muintir na Tíre and the Parish Priest of Bansha & Kilmoyler, County Tipperary.

His death at a Tipperary Nursing Home on January 30th, 1957, evoked deep and widespread grief throughout Ireland and abroad, where he was widely acknowledged as a deeply passionate advocate of community development and of the whole concept of 'muintearas' or community fellowship.

He was 69 years of age when he died and his funeral in Bansha was an occasion where every section of people was represented; Bishops, Priests, men, and women religious, Heads of State, legislators, administrators, doctors, lawyers, farmers, labourers, staunch national and cultural organisations from the twenty-six counties and admirers of very different outlook from the six counties. Whatever their background and whatever their aspirations, they were all in the common bond of mourning at the loss of a dear and personal friend, as Canon Hayes was a friend to everyone regardless of their social standing or background.

For all of his adult life as leader of Muintir na Tíre, John Hayes reminded all those who would listen that he was born in a Land League hut. Following the eviction of the Hayes family from their farm in Moher, Murroe, Co. Limerick, the local Land League moved quickly into action, erecting a wooden hut on the side of the road at Ballyvoreen for the Hayes family.

Stephen Rynne who wrote a biography of Canon Hayes, described the hut as follows: "The huts were ... fairly solid. They consisted of sections of double sheeted timber, placed upright and bolted together, so that the huts could be erected in a very short time. The felt roof was tarred as soon as it was laid on. There was a small stove in the kitchen with a pipe through the roof".

The Hayes family were to live in this temporary accommodation for nearly 13 years until they returned to Moher in 1894. During their time in the hut, four more children were born to Michael and Hanora Hayes, including their son John Martin, who was born on the 11th of November 1887 - St. Martin's Day.

The living conditions in the hut were quite poor, diet was frugal as endorsed by the fact that the younger children, including John, were affected by rickets. Five of the ten children of the family had died before they returned to their farm and home.

John Hayes was ordained in 1913 and, following temporary placements in Meath and Wexford, the young priest was sent to Liverpool in 1915. The importance of his first real posting as a priest in Liverpool lies in his efforts at organising youth activities and seeing first hand the slum conditions in which so many of the emigrant Irish lived.

The young Fr. Hayes was also to make the English national newspapers in 1920. In his own words Fr. Hayes says: "I need not recall the state of the country in 1920; suffice it to say that every effort was being made by England to crush the Republic. Men were on the run and men were in jails".

Upwards of 150 Irish Republican prisoners were being held in Wormwood Scrubbs in London, including amongst them Hayes's brother Mick. As the prisoners went on hunger-strike, Fr. Hayes was anxious to visit his brother. In spite of eventually receiving a permit, he was forbidden to see him.

He decided to enliven a protest outside of Wormwood Scrubbs Jail with speeches and the rosary in support of the Irish prisoners. The protesters were attacked by an Orange mob while police refused to intervene. The Daily Mail described the "extraordinary scenes at Scrubbs ... in the midst of all this a priest (Fr. Hayes) calmly recited the Rosary." 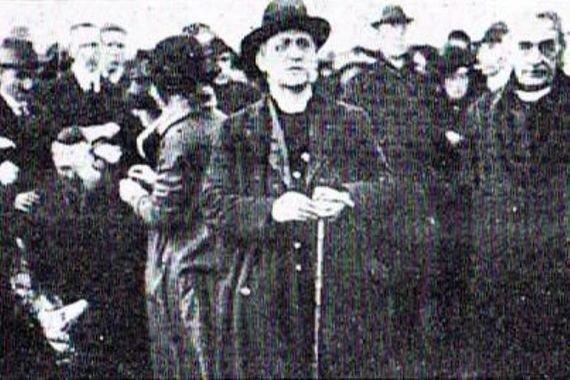 Fr. Hayes himself told of how they were attacked by a London mob who beat them with bricks, stones, bottles, iron-nuts, and anything else they could find. The London Irish lads would be called on for assistance to dispel the mob. Fr. Hayes caught some of the stones in his hand and retained them all his life.

He also ironically recalled that the Irish volunteers were in prison in Wormwood on the orders of the Viceroy, Lord French, whilst every night his sister, Mrs. Despard, wearing a steel helmet, was outside the jail with and in support of them!

Fr. Hayes's experience in the slum conditions of urban industrial Britain was an important factor in the development of his thinking about rural Ireland. It certainly convinced him that something needed to be done to halt rural decline and to reduce the level of emigration, particularly of younger people. It was there that the seeds were sown for an organisation that would help to change the face of rural Ireland and put the village of Bansha on the map.

The first unit of Muintir na Tíre was launched in Tipperary town in November 1937 and almost immediately won practically universal respect. The President of Ireland spoke of it in glowing terms. Support came from every one of the thirty-two counties, for Muintir na Tíre knew no borders.

In 1946, Canon Hayes left Tipperary Town to become Parish Priest of Bansha and Kilmoyler. On arrival, he set himself the task of rebuilding the two churches, securing the services of the accomplished architect Mr. Sheahan for the work. The results achieved were truly astounding and the churches were regarded as a magnificent memorial to him.

Fr. John devoted himself to the interests of the people of the parish and however heavy the public demands on his time he made sure to be present for even the smallest parochial duty. Should a visitor, parishioner or stranger, be in trouble, time was no consideration. He would spend the night if needed, listening and the day trying to find a solution or to provide help.

Under the leadership of Fr. Hayes, Guilds of Muintir na Tíre were established in no less than 420 parishes. There were annual Rural Weeks and many Rural Week-ends, Summer Schools of Agriculture for young men, Summer Schools in Domestic Economy for the young ladies, courses in sociology and in the training of Guild officers.

Film records of educational value were exhibited throughout the year by the Muintir na Tíre Film Society, a Muintir na Tíre Credit Society was registered in 1949, and farmers nominated by Muintir na Tíre were sent to the USA to study their agricultural methods.

Along with spearheading the building of community halls throughout the country and the development of Turf Cutting Schemes and Group Water Schemes, undoubtedly one of the biggest achievements for Muintir na Tíre was the roll-out of Ireland’s Rural Electrification Scheme, which began in the late 1940s and continued until the early 1950s. The implementation of the Rural Electrification scheme to the rural and remote areas of Ireland was a great success for Muintir na Tíre and for its leader Canon Hayes and the formal switch on in Bansha in May 1948 was a great national occasion. Bansha was cited as being the 'model parish' due to the many new initiatives that were launched there.

However, in late 1956, Canon Hayes became ill and within weeks it became clear that he would not recover from his illness. Most people believed that he had worked himself into 'an early grave'. However, Canon Hayes would not have had it any other way.

Though he died before I was born, I have a rich appreciation of Canon Hayes and what he stood for and achieved, and I was very proud to follow in his footsteps when I was National President of Muintir an Tíre from 2008-2011. It was truly an honour to lead this great organisation that he founded.

Apart from all his achievements on the national and international stage, I think it is Canon Hayes the person that I admire the most. His removal of the 'reserved seats' in Church as he wouldn't have 'Tuppence ha'penny looking down on tuppence', his reaching out to other religions and his dialogue with Northern Orangemen, his belief in the spirit of citizenship and the power of community in action, and his care for others even to giving up his own meal so that others would not go hungry.

In recent times, I have seen a quote of Canon Hayes's from the 1950s being repeated on social media - 'Ireland is too busy being Catholic to be Christian'. Little did he think when he said that in the 1950s that it would be so relevant to society today. A quote from a French writer comes to mind; 'the more things change, the more they stay the same'.

Canon John Martin Hayes will always be remembered as a great priest, a great leader, and a great Irishman.