Contributor Andrea Iadarola likens the non-English speaking population in Ireland to the story featured in the award-winning film "Padre Padrone" ("Father and Master"). 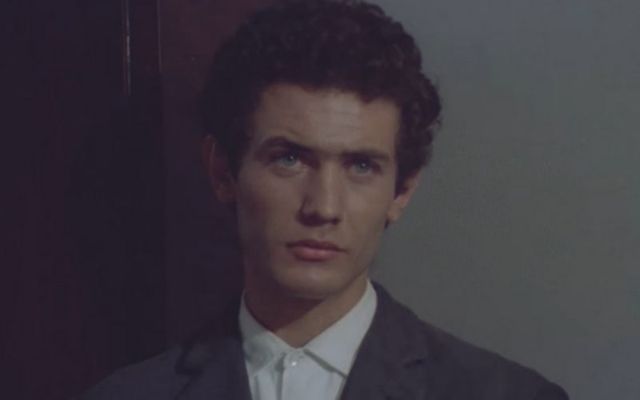 Ireland is becoming more and more a highly cosmopolitan country.

In fact, according to figures from Ireland's Central Statistics Office (CSO), 88,600 people immigrated to Ireland in 2019, in addition to 622.700 of non-Irish nationals that had already been living, making up 12.7% of the population.

The reason behind that is certainly not the lack of English Schools, suffice to say that in Ireland there are 77 listed English schools, 35 of them are based in Dublin (Source: Education in Ireland), plus everyone has the possibility to follow free English classes by contacting the citizen information office.

Establishing this, it’s crucial considering that learning English or another new language requires a strong motivation that can be gained by following extraordinary examples of other people that had reached the same objective in the past.

It’s the case of Mr. Gavino Ledda and his autobiographical book Padre Padrone, available in English as Father and Master. The book is based on a true story of a Sardinian shepherd that in 1958, at the age of 20 years old didn’t speak any words of Italian but Sardinian as Gavino's father made him leave school at the age of six when he was only in the first year of his primary school education.

Bursting into the classroom in the middle of a lesson, Ledda's father justified his position by saying that he needed the boy's help for his agricultural work, as Gavino was his eldest son. He went on to say that school was a luxury that poor shepherds could not afford, and demanded that his son be handed over to him.

Having only attended school for a few weeks, Gavino could not yet read or write. His father, to all intents and purposes, had condemned him to illiteracy, in the same way, that he had been treated by his father, who had removed him from school in a similar way.

Luckily, as soon as he became an adult he joined the army, signing up for the recruit training program without having a clue of any form of basic Italian. However, by working and studying day and night, with the help of an officer and of a fellow soldier, Ledda's level of Italian improved considerably. He took his middle school exams as an external candidate and became Sergeant Radio Operator at the communications school near Rome. In 1962, he left the army and returned to Sardinia to continue his studies.

As a sergeant who had passed his middle school exams, he would already have been well respected and admired as a self-made man, but he was already thinking about taking his secondary school exams and then even a University education.

Ledda obtained the high school diploma in 1964. He then enrolled at the Sapienza University of Rome and in 1969 obtained a degree in Linguistics. Then, in 1970, he probably lived the best glorious time of his entire life as he was nominated Assistant Professor of Italian Language in Cagliari, Sardinia. Yes, we are talking about the same man that 15 years before wasn’t able to even speak the language in which he became a University Professor.

Afterward, this incredible life journey became so popular that in 1977 the director Vittorio Taviani made a movie out of the book called Padre Padrone (Father and Master), which won the Palme d'Or prize at the 1977 Cannes Film Festival.

With few doubts, this incredible story and life’s journey represents a great source of motivation and an example to share with people that think that learning something new (a new skill or a language) it’s too difficult or even impossible, words that luckily didn’t exist and live in Gavino’s soul and dreams.