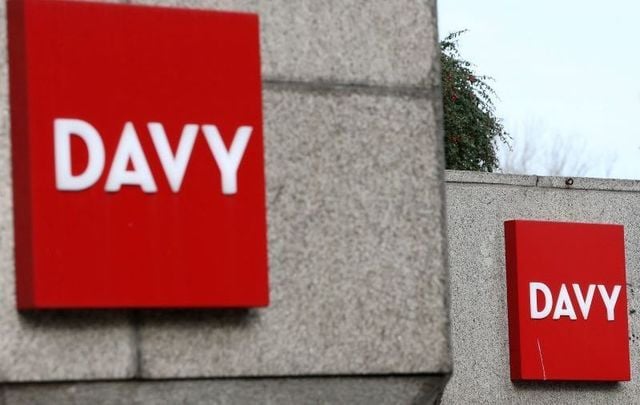 Davy, the blue-chip company which is Ireland's oldest stockbroking firm, has already been hit with a $4.9 million fine for breaching market rules.

The Central Bank landed the world-renowned firm with the hefty fine, following an investigation into a transaction that took place in November 2014 involving 16 of its employees profiting from personal dealings in the sale of Anglo Irish bank bonds.

The fallout from the scandal has since continued with three senior figures at the stockbroker, including its chief executive and deputy chairman, resigning late last week.

And earlier this week the company announced that it had closed its bond desk with immediate effect.

In a statement the firm confirmed the decision followed the Central Bank’s investigation into the 2014 bond transaction, and the move by the country's National Treasury Management Agency (NTMA) to withdraw the stockbroking giant's authority to act as a primary dealer for Irish government bonds.

RTE reports that the NTMA said its board reached its decision on Davy based on its "assessment of the very serious findings" made by the Central Bank probe.

In a statement, it said, “A primary concern for the NTMA is to maintain the reputation of Ireland as a sovereign issuer in the bond market and the orderly functioning of the market for Irish government debt.

"In this context, the NTMA believes that the behavior described in the Central Bank findings falls substantially short of the standards expected from market counterparties, peers, and colleagues in the bond market and is potentially damaging to Ireland's reputation as a sovereign issuer."

The Irish Examiner said the scandal had developed into a "full-scale political crisis" and noted that calls were growing for "all of Davy's boom-and-bust dealings over the past 15 years to be investigated thoroughly.”