Has Irish Staten Island sailed away from Irish New York?

Are our divisive politics starting to divide our wider Irish community? 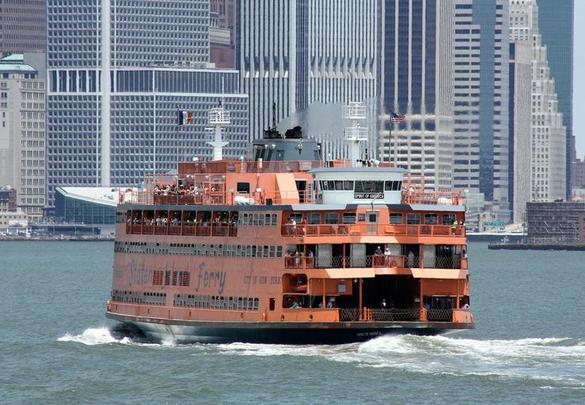 Irish Staten Island was back in the headlines this weekend thanks to The New York Post.

The tab ran a story about how Joyce's Tavern - a well known FDNY watering hole - lost its liquor license after a spot check by State Liquor Authority (SLA) inspectors during a 9/11 fundraiser on September 11.

The Post reported that the Irish pub's supporters believe it was targeted by Governor Cuomo in retaliation for a lawsuit that they (and other restaurants on the island) had signed up to against him - as well as Mayor de Blasio – demanding their premises be allowed to reopen.

But it's not Joyce's first time to hit the headlines. A landmark pub/restaurant on the island for decades, it was purchased by the current proprietor Joseph O’Toole and family back in 2015, attracting national attention in 2018 when O'Toole announced a ban on the airing of NFL games on its TVs in protest at some players taking a knee during the National Anthem.

Instead of broadcasting the game, O'Toole launched a series of Sundays fundraisers which quickly raised $32,000 for charities that included the Wounded Warrior Project, Blue Lives Matter, and many more.

Asked by the Irish Voice in 2018 if players continued to take the knee would his ban stay in place O'Toole replied: “If the NFL policies remain in place and Commissioner Roger Goodell doesn’t care about what the players do, then I would have to keep doing what I’m doing. It’s what I’m known for now.”

That blanket refusal to concede that the Black protestors might have a point, that they are in fact widely discriminated against, or that the discrimination is systemic and nationwide and centuries-old seems fairly remarkable, given Staten Island's own recent history and indeed America's.

The island is famous for being, as late as 2020, the last borough in New York to still ban LGBT groups from marching in their annual St. Patrick's Day parade (the ban on gay groups marching in the main Fifth Avenue parade was dropped in 2014).

But what was the thinking behind the nationally reported NFL “blackout” story at Joyce's? After all, Staten Island is 75% white and just 9.5 African American, the lowest percentage in the five boroughs. Why, given these lopsided demographics, did they even they feel the need to engage with it?

In recent decades the island has had a troubled history in terms of race relations. From a racist attack on Election Night 2008 when four white teenagers attacked a passing Liberian immigrant with a steel pipe, beating him into a coma for several weeks, to the choking death of Eric Garner whose dying words “I can't breathe” became the catch-cry for protests against police brutality nationally, the bar and restaurant might have wisely chosen to just sit this controversy out. 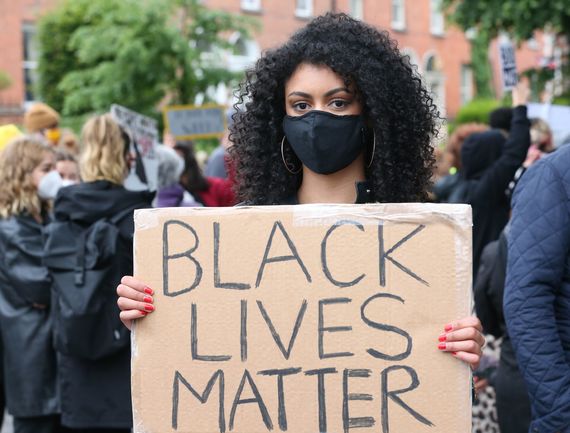 Recall that taking the knee first began when American Football quarterback Colin Kaepernick, protesting police brutality and racism in 2016, announced: “I am not going to stand up to show pride in a flag for a country that oppresses black people and people of color.”

However you feel about Kaepernick's perspective, you can't doubt his experience or his sincerity, so why was a borough that is 75% white so invested in his gesture that many locals responded favorably to the NFL “blackout?”

Why mount a major counter-protest when you could just shut up and let those who are actually affected by racial discrimination speak up instead?

There is certainly no question that Joyce's does great work in their wider community, at the weekend the restaurant along with other local eateries reportedly presented the Tunnel to Towers Foundation with a check totaling over $25,000 from the proceeds of their 9/11 fundraisers.

I hope Joyce's will get their liquor license back speedily and then I hope they host a big-dollar fundraiser for their local LGBT group, who are currently locked out of the island's St. Patrick's Day parade.

After that, I hope they will consider ending all suggestions of NFL "blackouts" and instead consider taking a knee with - or simply listening to - their Black friends and neighbors, who have yet to achieve equal protection under the law here.

It's the Irish thing to do.