The Republic needs an All-Ireland soccer team, clear after World Cup knock out, the US can help. 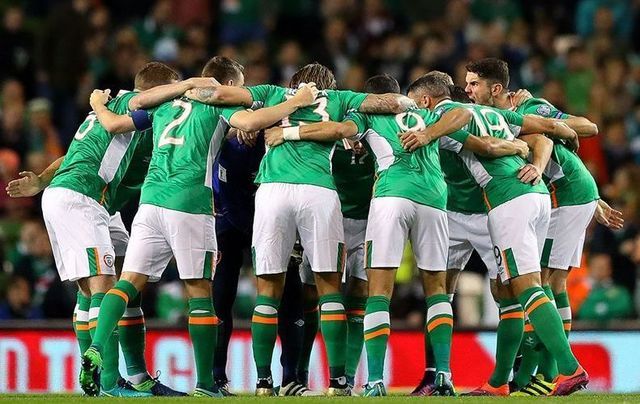 The Irish need an All-Ireland soccer team – and the US can help. There was heartbreak this week with both Northern Ireland and the Irish Republic knocked out of the World Cup by Switzerland and Denmark respectively.

There can be no excuse for the Republic, who got manhandled by a dominant Danish team that scored five times as Ireland desperately chased the game.

But Northern Ireland was downright robbed by a referee who gave a penalty to the Swiss in the first leg that was a hideous decision, even in the opinion of neutrals. That proved to be the winning margin.

So proud of every single player 💚 #GAWA pic.twitter.com/hNGA9xXmjn

So, both Irish sides trailed off the pitches in Basel and Dublin as gallant losers, great competitors, the usual babble when a team does not make it through.

But what if there was an All-Ireland team as there is already in rugby, (field) hockey and other sports?

It would have a galvanizing impact. The new, greatly strengthened side would be well able for the Swiss or the Danes.

"They were just better than us... I don't know what to say... I am just devastated" - Fair play to James McClean for fronting #Irlden pic.twitter.com/j2dJlQbg8g

The entire island of Ireland is the size of Indiana, it only stands to reason that two teams in such a limited geographical area means that its potential is severely diluted.

This summer, the US is said to be planning a tournament for countries that did not make the World Cup proper. That would be the perfect opportunity for an All-Irish team to play together.

Yes, there would be objections, especially from the alickadoos in Northern Ireland and the Republic who would have their sinecures endangered.

There is also the reality that soccer in the North is seen as a Protestant sport with Catholics generally sticking to GAA.

But the reality is clear – only with an All-Ireland side can Ireland can live up to its true potential. Hell, the team could even play in Orange outfits and have King Billy as their mascot if that was only way to make it happen.

Think too of how it would help the peace process, with fans united behind one team. The results against the Swiss and Danes make it clear, the Irish are destined to be minnows, north and south unless a united team takes the field.

Could an All-Ireland soccer team leader to victory for Ireland on the pitch? Let us know in the comments section below.