Three Irish women are speaking out after social media platform OnlyFans announced that it will ban "sexually explicit content" from October 1. 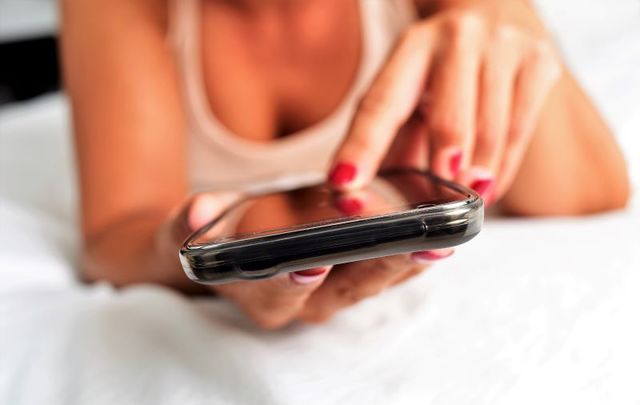 The subscription site OnlyFans, famed for its adult content, has announced that it is banning explicit content on the platform from October 1st.

While people will still be able to post fully nude images and videos to the site, many content creators have signaled their intention to leave OnlyFans when the ban comes into force.

In a statement, OnlyFans said it “must evolve our content guidelines... in order to ensure the long-term sustainability of the platform, and to continue to host an inclusive community of creators and fans”.

It added that “these changes are to comply with the requests of our banking partners and payout providers”.

The OnlyFans community would not be what it is today without you.

The policy change was necessary to secure banking and payment services to support you.

We are working around the clock to come up with solutions.#SexWorkIsWork

After OnlyFans announced the change, the BBC released details of its investigation into the platform.

The broadcaster said leaked documents revealed that OnlyFans moderators gave “multiple warnings” to accounts that posted illegal content before shutting them down.

A moderator who spoke anonymously to the BBC said he came across videos including the use of hidden spy cameras and a US Homeland Security said he uncovers around 30 child abuse images a week that have originated on OnlyFans.

The site has over 120 million users and more than two million content creators, including a growing number who hail from Ireland.

A number of these creators were asked for their reaction to OnlyFans banning explicit content.

“Sarah” has the largest OnlyFans following in the north of Ireland (and an OnlyFans username too graphic to repeat here).

While she says “any reports of child sexual abuse or non-sensual activities are reprehensible”, she pointed out that there are over two million creators on the site.

She argues that “any platform with human beings involved will include a small percentage who are intent on abusing the system and committing crime”.

She doesn’t understand why “a company with the financial clout of OnlyFans can’t deal with the bad apples while allowing the rest of us to continue doing the work that made OnlyFans what it is in the first place”.

“Francesca” agreed and said, “that sort of thing can happen on any site”. She added that OnlyFans “usually moderates everything that’s posted”. The moderator who spoke to the BBC said OnlyFans accused him of “over-moderating” content.

Francesca also said she needs participants in her explicit videos to “sign a model release form and provide ID”.

Many people fear banning explicit content could badly affect sex workers on the site, and while escort advertisements are banned, the BBC was able to find 30 active profiles advertising the sale of sex in one day.

Sarah says “referring to myself as a ‘content creator’ is undoubtedly more palatable to the majority of society than calling myself a ‘sex worker’”.

However, she adds “the fact remains that I do work in the sex industry, albeit online, and therefore I am a sex worker”.

Sarah is uneasy at the “assumptions and stigmas that remain regarding sex work” and hopes she can prove these assumptions wrong.

While Francesca dismisses the “sex worker” label, she says it doesn’t bother her if people refuse to view her as a “content creator”.

She “genuinely enjoys it and doesn’t feel any shame with it”, but her 9-5 work colleagues don’t know about her OnlyFans site and Francesca says she would be “embarrassed” if they found out.

However, she says this embarrassment would soon pass and that she would only “be a bit embarrassed at first because I’m very quiet in the office so it would probably be a shock to people”.

Both women, and a third who goes by the Twitter handle “BelfastPeachy”, all agreed that they will soon leave the site.

Sarah started her account “last year as my income had dropped during lockdown” and says she stands to lose a “substantial amount as a result of the changes”.

She fears “the fragmentation from one dominant platform like OnlyFans into several smaller sites will undoubtedly mean creators will lose followers and therefore income as a result”.

She has several alternative sites in mind but has yet to choose which to migrate to and is hopeful her OnlyFans followers will join her there.

Francesca says she was attracted to OnlyFans because of how popular it is but predicts most people will now leave the site and “it will go completely downhill”.

“BelfastPeachy” says the financial hit to her will be “massive” and she’s also in the process of choosing between alternative sites.

All three women are unconcerned when asked how others may view their line of work.

Sarah points out that “being a success on the platform requires a significant amount of time and effort” and she’s proud of the following she’s built, the largest in the north of Ireland.

“Yes, I upload sexualised photos and videos of myself for the enjoyment of others,” Sarah begins, “but what people don’t see, is the close bonds you build with your followers.

“We can have open discussions amongst ourselves about subjects such as mental health, coping with loneliness during lockdown, and generally creating a real community atmosphere.”

Sarah says she “absolutely loves” what she does, even though it can be time consuming, and says she’s “been touched by the positive impact I have had on many of my subscribers”.

She adds: “If people want to look down on what I do, that is up to them. I am more concerned with communicating with my fan-base and supporting the other creators who I have got to know since joining the platform.”

Francesca, who makes around £3,000 a month on OnlyFans, is equally unbowed: “For people who look down on it, they need to realise it’s 2021 and times have completely changed.”

She adds: “Everyone has a right to do whatever they want with their body, who cares if that’s using it to make money? That doesn’t give someone the right to look down on it and be so judgemental; narrow-mindedness is ugly.”

Meanwhile, “BelfastPeachy” says she “wouldn’t pleasure people who look down on her with a reply”.

While she feels “everyone is entitled to think what they like, I’m making a lot of money.”

She finished by saying: “I’d rather enjoy what I earn on a beach, with a drink in my hand, than care about what Karen who works in the local supermarket thinks.”