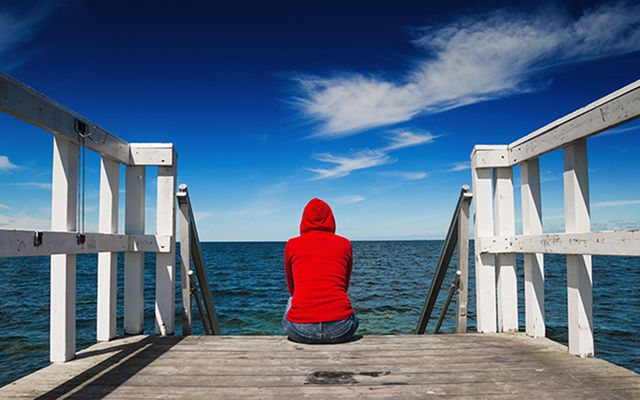 Suicide is not a uniquely Irish phenomenon. The World Health Organization (WHO) estimates that over 800,000 people die due to suicide every year.  Millions of people are affected by or experience suicide bereavement annually. It is a massive public and mental health problem and the second leading cause of death among young people worldwide . According to a review produced by suicidologists from twelve different countries, including Ireland, causes of suicide are so complex they cannot be reduced to any single factor.

The WHO recommends a multilevel approach with “effective and evidence-based interventions” to prevent suicide and suicide attempts.  Historically, the main strategies to prevent suicide have been the clinical treatment of people affected by it and the establishment of suicide prevention centres and programmes. The above mentioned review paper, published by The Canadian Journal of Psychiatry, explains suicide prevention as “any action that contributes to decreasing the frequency of the event” . Suicide prevention in itself is a complex process, the success of which is determined by the efforts of all forces involved.

The general lack of knowledge about suicide, suicide prevention, and various support systems that have been established both in and outside of Ireland is evident from media reports that tend to rely on dramatism and sensationalism at the expense of objectivity. Research strongly suggests that toning down suicide reports in the media is an effective means of preventing suicide from occurring more often.

Headline, Ireland's national media monitoring programme, is there to observe the coverage of mental health and suicide and to determine whether the negative reporting is outweighing the positive.  “There are cases that we have come across where negative journalism has made assertions about suicide and mental health that are not backed up in any shape or form in the article. That is our job as Headline, to monitor that and get in touch with editors, get in touch with journalists, and to ensure that they know this is not the way of reporting it,” says Claire Sheeran, Media Assistant of Headline.

“Mental health is a very touchy subject in Ireland. It is very difficult to give a department answer or a ministerial answer to something that people might have difficulty admitting themselves. It is personal and to hear a person talking about their own mental health difficulties is a major thing. And Ireland is a small country. You are dealing with a lot of people who know each other and they are afraid to talk,” explains Ms Sheeran. “We need to destigmatize mental health. Everyone has it, so there’s no point not talking about it,” she concludes.

In 2015, the Health Service Executive (HSE) has launched its second national suicide prevention strategy called Connecting for Life. Commenting on its launch, An Taoiseach Enda Kenny said: “Connecting for Life is an ambitious strategy which sets a target to reduce suicide and self-harm by 10% over the next five years. As a Government, despite financial constraints, we have maintained and will continue to maintain mental health as a priority. Suicide prevention is everyone's concern and this strategy is a national plan for the whole of Government and the whole of society to work together.”

“Connecting for Life involves preventive and awareness-raising work with the population as a whole, supportive work with local communities and targeted approaches for priority groups”, as stated on the HSE website.  The strategy is a big collaboration between the Irish government, several research institutions, non-profit organisations, professional consultants, and even members of the public.

Excerpt from the Connecting for Life strategy.

“Suicide prevention services in Ireland have developed significantly in recent years following Reach Out [the previous strategy], Connecting for Life, by adopting a cross-sectoral approach at government level and a multi-agency approach at statutory and non-statutory level, aims to advance current procedures to the next level, pooling expertise and resources and collaborating in a spirit of real cooperation and mutual respect,” explains Research Support Officer Niall McTernan of the National Suicide Research Foundation (NSRF).  The NSRF is one of the major contributors to the development of Connecting for Life and other suicide prevention policies in Ireland.

Note: The following data was collected by the author of this report from a search on Irish publications in the LexisNexis database.

The lack of coverage of the national suicide prevention policy is part of a bigger problem. The many issues related to suicide, even of the less sensitive nature, are often either overlooked or reported in a sensational manner. Certain topics such as the high suicide rates and the mental health budget cuts receive so much attention they become subjects of intense speculation. The media hysteria in regards to high suicide rates in Ireland, which started during the recession, continues to this day. Reports are inconsistent, even when published during the same year. Sixteen articles that appeared in The Irish Times in 2016 speak of high or increasing suicide rates; only one article states that the rates are in fact falling, which is true according to the most recent data from the CSO and Eurostat. During the same year, the Irish Independent published seven articles mentioning the high suicide rates and one article that described the rates as “below average” when compared with other countries in Europe. The Irish Examiner, on the other hand, had three articles that mentioned the drop and eight that spoke of high rates.

A cross-national review of suicide in Ireland published in 2010 claims that earlier low suicide rates were a result of misclassification.  According to the Suicide in Ireland Survey, a research study funded by The 3Ts (Turn The Tide of Suicide), up to the 1990s Ireland  “was a devoutly catholic country, where suicide was considered a mortal sin, and where suicide was deemed a criminal act by law until 1993, when it was de-criminalized”. Suicide has been “deeply stigmatised, and clouded in secrecy and shame”.  The fact that suicide deaths have been classified more accurately in the recent decades has contributed to the overall rise in suicide rates in Ireland. “Recent epidemiological trends in the Irish suicide rate, such as increasing youth suicide rate, were seen to be consistent with trends in other nations of the world”, explains David Lester, the author of the cross-national review.  The findings of the Suicide in Ireland Survey are similar: “Internationally, suicide rates in younger people have gradually increased over the past 50 years, with this phenomenon occurring more markedly in younger people”.

What really happened to the mental health budget

The National Service Plan 2016 published by the HSE set out to implement Connecting for Life across the nation by placing Suicide Prevention Resource Officers and opening enhanced services to prevent and respond to the incidence of suicide.

The Service Plan outlined the net opening budget allocation of €791.6m inclusive of the €35m promised to the Mental Health Service budgets by the government in 2015, plus the additional Programme for Government (PfG) 2016 funding of €35m, which demonstrated an increase of 4.4% as compared to the figures for 2015.

In his budget Statement in autumn of 2015, former Minister for Health, Taoiseach Leo Varadkar spoke of the government’s determination to deliver the 2016 Health Estimates: “The Government is committed to the development of a modern, patient-centred, and recovery orientated mental health service. We are committed, in particular, to reforming our model of delivery so that more and better quality mental health care is delivered in the community in line with A Vision for Change.” A Vision for Change is another one of HSE’s strategies, which sets out the direction for Mental Health Services in Ireland.  “Since coming into office this Government has increased funding by €125m for mental health and suicide prevention and there will be a further increase in funding in 2016,” the former Minister promised.

Yet at the end of the year 2016, it has become clear that “the total allocation for mental health amounted to just 6.4% of the entire health budget”, as reported by Irish Health. This is lower than the norm recommended by the Irish mental health policy and lower than in many other countries, e.g. 13% in the UK. Oireachtas Group on Mental Health (via irishhealth.com), argues, “Mental health services are under intense pressure as a result of continued under-funding over the years and increased demand. However, this high demand is unlikely to decrease, given the high prevalence of mental health problems among the Irish population”.

In its pre-Budget Submission in late 2016, the Irish Hospital Consultants Association (IHCA) has called for “health spending to be based on more realistic, verifiable projections”. IHCA Research and Policy Executive Daniel Costigan reports that “patient safety has been jeopardised by eight years of cumulative cuts to the acute hospital and mental health budgets”. The IHCA has also recommended for the PfG €35m provided in the Mental Health Service budgets to “be expended on a timely basis to recruit additional staff and ensure the delivery of timely care to an increasing number of mental health patients”.

One would hope for the media to give facts in their most unbiased form. That, unfortunately, is not always the case. The coverage of suicide and mental health in Ireland remains as complicated as the issues themselves. Headline has recently published its Annual Media Report for the year 2016. Did the positive outweigh the negative once again? For the most part.  Even so, there is still much room for improvement. The conversation about suicide in Ireland and what has been done to prevent it, what can be further done to help people affected by it, should be taking place now.