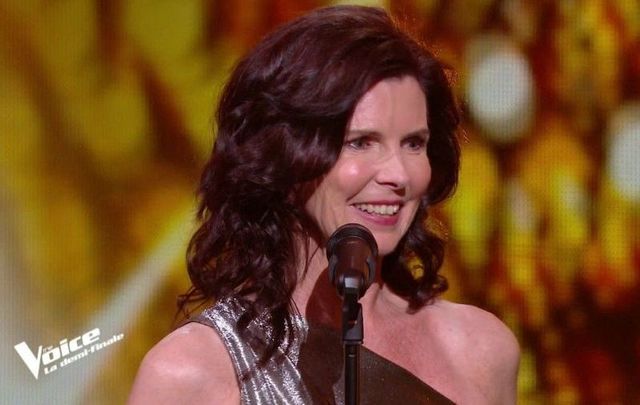 Irish singer Maria Doyle is in the running to represent France at the 2021 Eurovision contest. YouTube

Irish woman Maria Doyle has a chance at representing France at the Eurovision song contest 2021. The Irish woman previously represented Ireland in 1985.

Once upon a time, Maria Doyle was born in a Magdalene Laundry in Ireland. However, her feisty grandmother rescued her and her mother Eileen, and brought them home.

Maria was a happy child and sang all day long even before she could talk properly and delighted everyone around her.

However, one day she could no longer see what the teacher was writing on the blackboard. At 9 years old, she went blind. On the same day she found out that she had inherited that rare strain of blindness from her father’s genes, she also learned that he wasn’t Patrick the hard-working plasterer she’d always known as “Daddy." Her real father was a Spanish sailor. Perhaps he even was Zorro, little Maria imagined.

There were very few people in Ireland who had Maria’s rare illness. Instead of becoming inconsolable, plucky Maria saw her little self as special, as a star, someone who had a future. For her, it was as if her life was a movie, and she the star of her own sparkling silver screen. Others didn’t think like Maria and many tried to convince Maria and her mother that as a blind girl, few paths were open. Maria would prove them wrong time and time again. For her, the only major tragedy was not being able to see her beloved mother’s face.

At 10 years old, Maria was sent to Sr. Mary’s Institution for the Blind in Clondalkin, 40 miles from her home, and felt down for the very first time. She didn’t even want to sing, her very raison d’être had been compromised. Maria knew she absolutely had to take action. She planned her escape on foot and miraculously made her way home with every Garda in the country out searching for her.

That’s the steely spirit that lies behind a beautiful soft Irish Cailín face. Maria was once voted in the top ten most beautiful women after she represented Ireland in the Eurovision in 1985 and came 6th and is still gorgeous.

Maria put her singing career on hold after meeting Emmanuel, her handsome French husband, in Dundalk and they moved to France where they have now lived for 28 years in Lorraine.

Like many of the Diaspora, she emigrated from Ireland for a new future. When she arrived at Paris Gare de L’Est train station in 1992 she hardly spoke a word of French. In the station, there was absolutely no sound that she recognized. As she stood beside her husband, with their worldly possessions in two suitcases, it was like she had landed on another planet.

Right there on that platform, she swore “she wouldn’t be just another foreigner” and she said to herself “Maria you are going to do in France exactly what you did in Ireland – Everyone here is going to know your name."

Bookies would have said the odds were slim of that happening - a blind lady, arriving in a foreign county with hardly a word of the language – but they wouldn’t have reckoned with Maria! Like the song about another Maria, this one also was ready to “climb every mountain."

Maria started to make a name for herself in France initially through her seven beautifully behaved and wonderfully talented children. Six of them are musicians and one a ballerina. I often think about Maria, this woman living in the dark, and how she has created so much light around her. She wrote her book “On ne voit bien qu'avec le Coeur” (Plon, 2018 translation: 'One sees clearly only with the heart') and gives motivational speeches and lectures in schools and companies. She often tells people “if a little blind girl of 9 could go on to do what I did – so can you”. In the book, she wrote of her dream to represent France at the Eurovision. Now those lines seem prophetic.

Even if she wasn’t performing, Maria still sang every day, and just three years after she arrived in France, when she was pregnant with her second child Shannon, she wrote a song with exquisitely beautiful French lyrics. She also composed the melody herself. She believes “the song came to me from Edith Piaf." This is the song Maria will sing for the French National Contest and in Rotterdam if her dream comes true.

I recently conversed with Maria on a Zoom in her honor organized by the Cercle Littéraire Irlandais where H.E. Ambassador Patricia O’Brien to France spoke the opening words.

She said that seeing Maria sing “Amazing Grace” during lockdown for French frontline workers had given such hope in times of extreme loneliness. O’Brien feels that Maria is a wonderful representative of Ireland, being so musically talented, and yet a reminder of Ireland’s unedifying past, such as the Magdalene Laundries.

She is also representative of so many Diaspora who left Ireland but who never lost the connection. Maria was awarded a French medal for being an exemplary mother of seven and O’Brien commented that’s she’s retained her Irishness while becoming perfectly integrated into French life.

Meet Maria Doyle: inspirational mother of seven living in 🇫🇷, who lost her sight at 9y/o, represented Ireland at #Eurovision 1985 at 19y/o, and competed in the semi-finals of the @TheVoice_TF1 this year🎤 @CIrlandais @Irish_in_France
Learn more here👉🏼 https://t.co/s3o6zDiKEf pic.twitter.com/kMLsshnWli

Like everything in Maria’s life, her relationship with the Irish Embassy in Paris in 2017 began on a magical note. She chatted with Deaglan Mac An Mhanaigh who had read from “Finnegan's Wake” to a standing ovation. She told him she was a singer and she’d like to sing. He took a bet on her and led her to the embassy’s winding stairs where she stood on the steps and sang “Danny Boy.” She felt like she was singing for Ireland again and at that moment she felt as if all the generations who had left Ireland, those dead and alive were standing at the bottom of the embassy staircase listening to her.

Over the past two years, things have changed dramatically and moved at an amazing rate for Maria. In 2019, she made it through to the semi-finals of “The Voice France,” where she sang “Danny Boy,” as well as Edith Piaf’s “Hymne D'amour.” Some of her children performed with her and she is so delighted they have those memories.

With dual nationality, she feels so proud to be both an Irish and a French citizen. Proud of her country of origin and her county of adoption, that has been so kind to her and she is delighted to be a connection between the two countries of her heart.

Now Maria’s big chance has come. She has been selected as a possible candidate for the “Eurovision FRANCE 2021” – the winner will represent France at the Eurovision in May 2021 in Rotterdam. She already represented Ireland, and now her dream to represent France seems within reach.

It seems those unlikely words a young woman said to herself 28 years ago in a lonely train station: “Maria, everyone here is going to know your name” is on the cusp of being realized.

Her beautiful song of love and peace that takes you by the hand through the beautiful streets of Paris has been ready for 25 years – but it is actually more in vogue and applicable today than when she wrote it.

In the midst of the pandemic, we need a real-life fairy tale and for it to come true.

Diaspora, let’s live this inspirational, magical story together. You can follow and support Maria Doyle on her Facebook page and on the Eurovison 2021 news site.