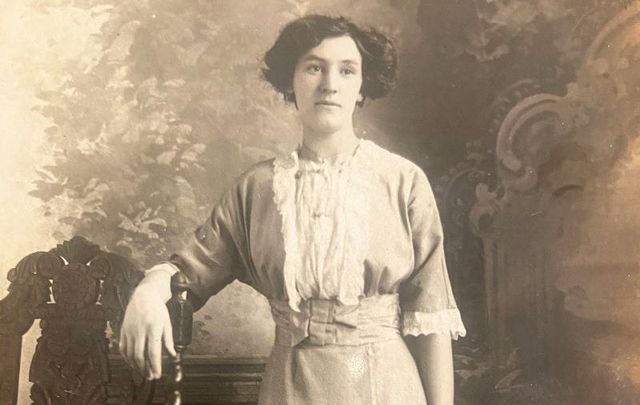 My granny, Mary Anne Herlihy, one of nine children, was born in Gneeveguilla in County Kerry. This small village is known for its music and story-telling, (and a terrifying moving bog which killed a family of eight in 1896!)

In the early 1900s, though, there were few employment opportunities for young women in this beautiful part of the world. While still a teenager, Mary Anne left school, and her poor overcrowded home and set sail for New York, via Queenstown, County Cork.

In New York, Mary Anne found employment as a housemaid in a large home belonging to the White family. She worked there for several years, frequently sending money back to Kerry to help feed and clothe her younger siblings.

In New York, Mary Anne met my grandfather, Daniel Curtin. At the time, he was courting her sister, and she was very close to his cousin. Fortunately, before long, they got together - or I wouldn't be here to tell this tale. The couple married, and Mary Anne left her job. A few years later, when expecting the third of their eight children, they returned to Ireland, settling in Cork where Daniel found employment in the recently-opened Ford motor factory.

Life was difficult in Cork in the 1920s. My father, Mary Anne and Daniel's son, recalled a childhood with much hardship and few luxuries. Every Christmas day, however, the family sat down to lunch served on the dinner service given to Mary Anne by her employers, the Whites, on the occasion of her marriage. (Watched over by the photograph of Mr. White, which always had pride of place in their home.) 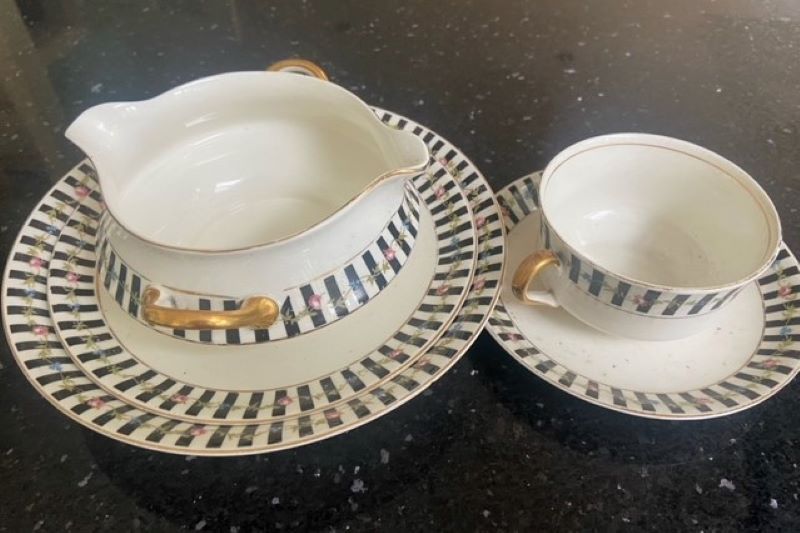 Part of the dinner service given to Mary Anne and Daniel on the occasion of their marriage, by the White family.

Fast forward to 2019. I had published my 28th book and wasn't sure where to go next with my writing career. My publishers suggested that I write a historical novel for children set in Lissadell House in County Sligo. The idea was that I tell the story of the Gore-Booth family, and their famous daughter, Countess Markievicz - activist and freedom fighter and one of the first female government ministers in the world. This suggestion did not inspire me at all, and I said a firm 'no'. 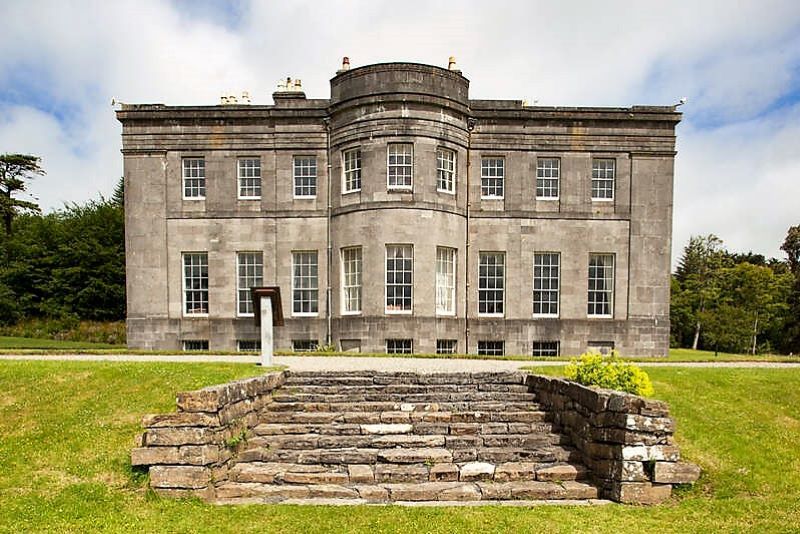 However, as the days and weeks passed, almost despite myself, I found myself reading about Lissadell House and the family who used to live there. During this early research, I discovered the existence of Maeve, Countess Markievicz's only birth child, who has been mostly forgotten by history. Somewhat neglected by her parents, who preferred life as revolutionaries to the quiet of the countryside, Maeve was left in the care of her grandmother at Lissadell. A sad story recounts that when Maeve was in her teens, she went to Dublin to see her mother, and the two failed to recognise each other. 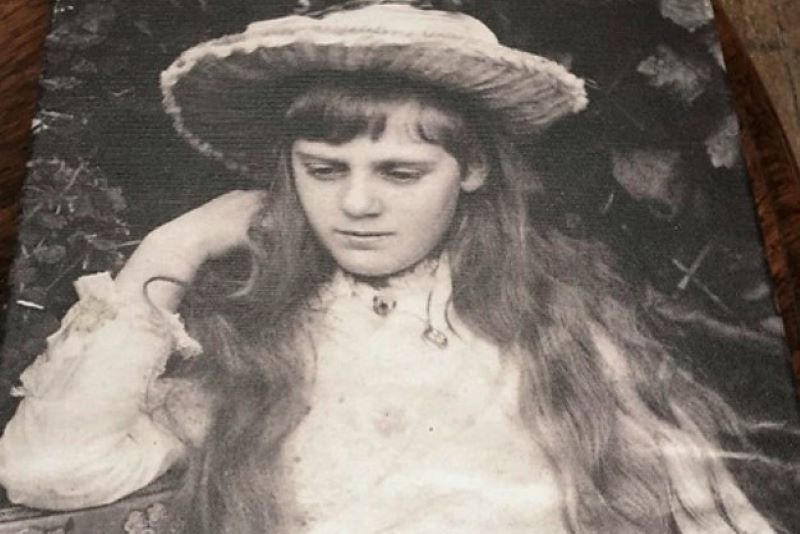 I became very interested when I saw that Maeve and my granny were exact contemporaries, with childhoods in Ireland that could hardly have been more different. If their paths had crossed, I wondered how they would have got on, and what common ground they could have discovered.

I lost myself in research of the early lives of both women. I wondered how young Maeve felt as years passed by with little contact from her parents. I wondered how my feisty, outspoken grandmother coped with the rules and regulations of life in domestic service.

Before long I approached my publishers with a counter-proposition. In memory of my granny, I would write a Lissadell story from the point of view of a young housemaid, Lily. I knew I could have a lot of fun examining a relationship between the pampered but lonely Maeve de Markievicz, and the much-loved but poor housemaid, Lily. Part of me wanted to rewrite Maeve's history, and give her a happier childhood. Part of me wanted to honour my grandmother, an intelligent woman who worked so hard to survive in a difficult world, and could only have dreamed of the opportunities that have been gifted to my generation.

Judi Curtin's Lily at Lissadell series, whose covers are illustrated by Rachel Corcoran, is available via The O'Brien Press.

Despite my initial reluctance, Lily at Lissadell was a most enjoyable book to write. A particular highlight was a visit to Lissadell House, where the current owners are keeping history very much alive. The book did very well here in Ireland - so well that it has led to a series, the third installment of which will be published in October 2021. A whole new world of historical fiction for children has opened up in front of me.

Thanks, Granny - I hope you'd be proud!