Irish heroine Constance Markievicz and the Little Museum of Dublin

"Dress suitably in short skirts and strong boots, leave your jewels and gold wands in the bank, and buy a revolver." 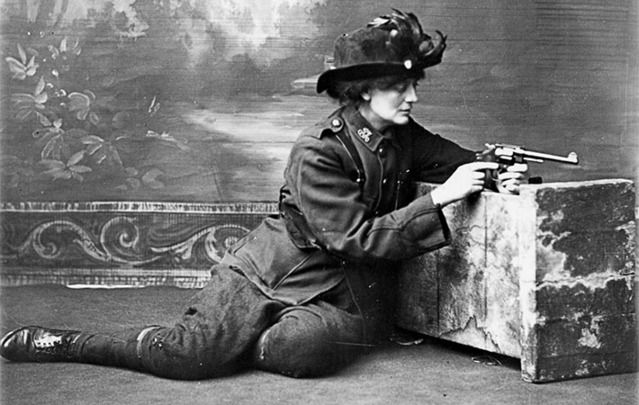 Countess Markievicz: "Dress suitably in short skirts and strong boots, leave your jewels and gold wands in the bank, and buy a revolver." nli

This series of stories, "The Little History of Dublin," tells the story of this great city in 15 bite-sized clips. Made with the generous support of Aer Lingus and the Department of Foreign Affairs, the films are now finding a global audience on IrishCentral.

This week’s clip focuses on Constance Markievicz. In 1918 Markievicz was the first woman ever to be elected to the British House of Commons. She was unable to take her seat because she was in Holloway Prison at the time.

Markievicz played a leading role in the Irish Citizen’s Army and was second in command of the rebel forces stationed at St Stephen's Green during the 1916 Easter Rising. She was sentenced to death for her part in the uprising, but because she was a woman, she escaped the firing squad.

She went on to become one of the first women to hold a cabinet position.

In a speech, she once famously advised: "Dress suitably in short skirts and strong boots, leave your jewels and gold wands in the bank, and buy a revolver."

Markievicz died in 1927, at the age of 59, from complications associated with an appendicitis.

Speaking about this series of clips Museum Director Wissame Cherfi explained that “The idea was to create a series of videos that are fun and informative. I’ve always thought that the best way to learn and remember something is to have fun while doing it. We also wanted the films to be accessible to a broad audience, reaching young and old alike.”

Here’s a short film on the life of Constance Markievicz: