Having a gay old time, despite everything

I'm very serious about being deliberately lighthearted and whimsical today on our coast of the Wild Atlantic Way because all the major stories flashing across the TV screens. 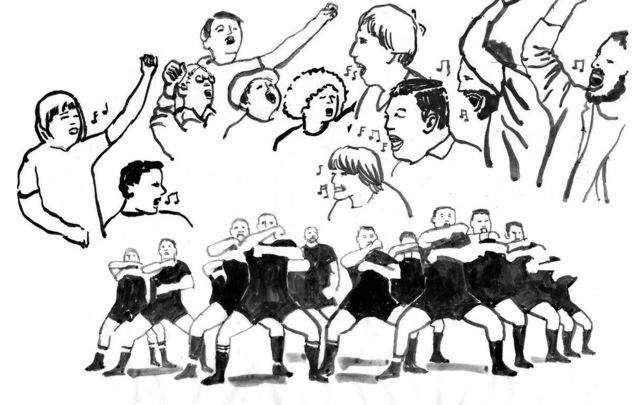 I'm very serious about being deliberately lighthearted and whimsical today on our coast of the Wild Atlantic Way because all the major stories flashing across the TV screens for the past three days over here in Killaloe are extremely frightening altogether.

That includes all the incredible tidings emanating from your coast of the Atlantic, especially from around the White House and Washington.

I met a witty neighbor a few hours ago while out shopping in the town. He quipped, “Just buy what ye need for tomorrow morning. It looks likely enough that we won’t be here at all by Halloween the way things are going.”

The man is usually dead accurate in his opinions too. I’ll leave it at that for now.
Let’s all have a bit of craic, accordingly, to lift our moods, and probably it is a good idea, first, to switch off all the media screens burning up 24/7 with dire tidings.

Can I begin with a yarn from my younger and livelier years which I have been telling everybody all week about the totally different Ireland in which I grew up. Many of you more seasoned readers who were born in the last century will understand where I am coming from immediately.

The truth is that for decades afterward, I strongly denied that I had ever attended what was then called the Gay Bachelor Festival below in Ballybunion in the Kingdom of Kerry. The reason for my denial was because, back then, a half-century ago now, the word “gay” did not carry the meaning it bears nowadays as ye well know.

The historic truth is that, indeed, in lively festive Ballybunion, there was a lot of romance in the air day and night but all of us young bachelors were in pursuit of the comely young females rather than persons of any of the other genders that have clarified themselves in the decades since.

I have lifelong friends, for example, now celebrating their golden weddings with wives they fell in love within those merrymaking times in Ballybunion. Did I ever think back in those decades of my denial of ever having been there that I would today be glad to be so ably represented at home and abroad by a proudly gay Taoiseach Leo Varadkar who has served us so well in recent weeks in his competent handling of the frightening political developments which we won’t even think about anymore since we have switched off those bloody TV screens. Okay?

Actually, in rural Ireland back in the era when I was denying ever having enjoyed myself at that festival in Ballybunion, the word “gay” was very rarely used by anybody speaking about the behavior of a man understood of being of that ilk. In common parlance, it would be quietly suggested that he was “a quare fellow” and should be treated accordingly.

I can recall my lovely father Sandy advising me, gently, when I entered secondary school, to never ever be alone with a certain senior Catholic priest, and he would back me fully, he said quietly yet forcefully, in any action I took to avoid being in that situation. Thankfully the situation never arose but I remember the advice to this day.

Wryly, down the lighthearted road we are traveling now, I have to confess that I was then (as indeed now too) an ugly little bony person with a long nose and a weak chin (later concealed with a beard!), and even a “quare fellow” was likely to give me a wide berth at all times.

Incidentally, thank God for the powerful escape provided by sporting events from more of those frightening events we are avoiding here for obvious reasons. I’m thinking especially of the GAA championships here.

The rugby team was crushed totally by the All Blacks in Japan, as we all know, but rugby, for many of us rural dwellers, has never reached our souls and hearts in the same way as GAA clashes. I am delighted, for example, that Derrygonnelly town, in my home county of Fermanagh, had a major triumph at a provincial level a couple of weekends ago.

I rejoiced in that win so much that the (expected) demolition of the rugby players mattered not a whit. If many of ye have a county GAA strand in your genes -- and many of you have -- you probably understand exactly what I mean.

Finally, on the sidelines of the rugby disaster, I hugely relished the reported fact that the All Blacks’ ritual Hakka performance before the game began was diluted totally by the strength and volume of the Irish fans thundering out their chant of the song “The Fields of Athenry.” We sang a lot better than we played on the day but sure that’s life.