GAA: Dessie Farrell does his own thing 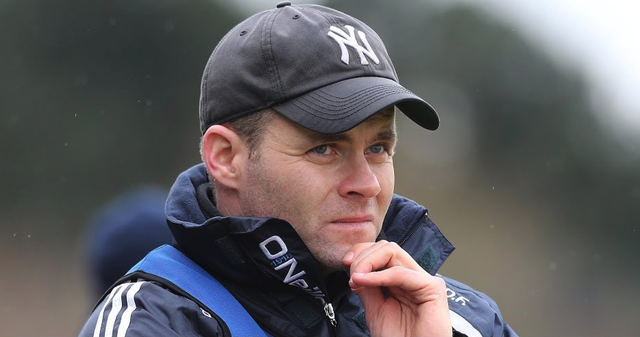 For someone who will be the most-watched, analyzed and discussed individual in Irish sport in the next 12 months, Dessie Farrell needs barely lift a finger to draw attention his way. We already know he will be different from his predecessor, six-time All-Ireland winning manager and history maker, Jim Gavin.

Gavin liked to keep his head down, down… DOWN!  Farrell, on the other hand, does not just have an autobiography already published, but with over a decade-long governorship of the controversial Gaelic Players Association on his CV, that ensures we all know what makes him happy and sad, and what makes him tick like mad!

Unlike Gavin, Farrell does not dislike attention.

In his first game as Dublin team boss -- an innocuous pre-tournament O’Byrne Cup away outing against Longford in Pearse Stadium on Saturday -- he actually made sure that his name was the latest to be inserted into the GAA’s history book (immediately after the name of Gavin, who earned his place in the fine tome by leading the Dubs to five All-Ireland titles in a row last September).

Without the squad of Dublin footballers who just arrived home from their celebration holiday in Bali, and with a big handful of talented youngsters unavailable to him because of college playing commitments in the Sigerson Cup, Farrell packed a bus with “nobodies” for his first game.

He packed them in tight, too.

And during the game, which would end with Dublin’s C team, or perhaps D team, remarkably only losing by one point, Farrell became the first manager in hurling or football to make 23 substitutions.

He waved footballers on and off the field like blue-clad flies!

Quite why he did this, we have no idea. Pre-season games like this have unlimited substitutions, but most young lads would expect to get at least half of a game to prove their worth.

At the end of the confusing spectacle, Farrell commented that he would only be interested in taking a couple of the 30 players (some lads were substituted more than once) with him into the National Football League campaign.

That begins for Dublin in two weeks against Kerry. It’s then that the serious and withering analysis of Farrell will formally commence.

We await it with interest. And also some excitement.

But in his first meeting with the media in the middle of the last week, his demeanor was typically breezy. And he did not seek to unplug the drama that has built up since Gavin’s shock resignation and his own appointment.

He actually turfed out some Theodore Roosevelt “timid soul” to keep everyone listening on their toes. Farrell spoke of his decision, explaining the importance of “doing the things that frighten you at times, rather than remain a timid soul.”
He explained in detail for over 20 minutes why he took on the job, and how he intended making the job his own.

“I’m going into this with eyes wide open,” he emphasized, “in terms of the scale of what’s involved and the demands.

“It’s a fantastic opportunity to work with a great, great group of players, many of whom I’ve known over the years.”

Indeed, as a former Dublin minor and under-21 winning manager, Farrell does know the vast majority of the present Dublin squad quite intimately, but he clearly has no intention of allowing that same successful squad to remain a cozy grouping. What has happened up to now is in the past, he insisted.

“I think 2020 is going to be a very interesting season, and the big message that I conveyed to the group [at his first team meeting] is that we need to be on our guard and if there’s areas for growth and improvement, we need to identify what those areas are and get on with it.”

As a former union boss,  he knows how to lead, though as chief executive of the GPA Farrell made the country’s greatest footballers and hurlers, who were the largest bunch of heroes in the whole country, into a grouping that was mistrusted and fairly despised by everyone else in the GAA.

Will that experience help him? Also, will his days as a Dublin footballer when he played under a total of seven different Dublin managers at a time when the county was blindly searching for an All-Ireland title be valuable to him?

In his memoir Tangled Up in Blue, Farrell opened his heart on pretty much everything. It was a searingly honest book which included his thoughts on his marriage break-up in addition to the difficulties inside the team dressing room, and it is a memoir which will now be read and re-read by all media personnel, and also his friends and opponents.

There’s no hiding for this man.

But his actions in making unnecessary headlines by making 23 substitutions in one game, and everything he said a few days earlier in his first press briefing, spells out that the Farrell era will be very, very different to the closed, protected, infuriatingly PR managed years of Gavin.

Farrell has already spoken, and he can never disown those words he took from Roosevelt’s pocket.

“Ultimately, I’ve always taken the approach that, there’s two ways to live your life maybe. One, as a timid soul, sort of year by year, month by month, week by week, possibly even hour by hour. Or, the other is to do the things that frighten you at times.”

We wish him well, but we also know that the man will not be hanging around to bundle up all of our best wishes.

Read more: When the Wild West came to Dublin, the Croke Park Rodeo