A new era is underway and Dublin has already lost a match under Jim Gavin’s replacement, but Dessie Farrell insists one thing won’t change – Stephen Cluxton wants to play on with the All-Ireland champions. 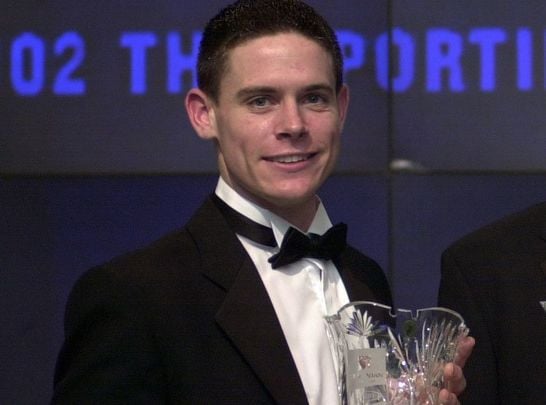 A new era is underway and Dublin has already lost a match under Jim Gavin’s replacement, but Dessie Farrell insists one thing won’t change – Stephen Cluxton wants to play on with the All-Ireland champions.

Cluxton wasn’t involved as Farrell’s reign began with a one-point defeat to hosts Longford in the O’Byrne Cup semifinal on Saturday, 1-13 to 3-6, and he’s unlikely to feature in the NFL opener against Kerry at the end of the month.

Keep up-to-date with our GAA stories on IrishCentral here

But Captain Fantastic Cluxton has told Farrell he wants to lead the Dubs in their quest for the six-in-a-row in the summer, news that was music to the former under-21 team manager’s ears.

Speaking ahead of that experimental game on Saturday – Dublin used 38 players in total on their first outing of the year – Farrell confirmed he will blood youth in the League campaign but he is keen to keep Cluxton between the sticks.

Dublin confirm Cluxton staying on for another season and Connolly also to return https://t.co/XD1OHUgKmI pic.twitter.com/URRj2oDv6K

“I’ve met with Stephen and he’s indicated that he’s very keen to stay involved,” said Farrell at the launch of AIG’s sponsorship of the Dubs for another year.

“A lot of you would be aware that he’s just after going through some surgery on his shoulder there, so that’s going to take some time to recover and he needs the time to rehab that. But he’s very keen and intent and staying involved and staking a claim.

“I think it was just that there was a little bit more to do on it than he thought, but we’d hope to see him back on the field towards the end of March, I think. And other senior players want to stay on as well.

“I know what that feels like.  I came through seven different managers, so I can understand how some of those more senior players might feel about it, and maybe that sense of uncertainty, but I think, in my view anyway, they’ve all been fantastic servants of Dublin football and under our watch, they’re definitely going to get a chance to stake a claim and to impress the new management team.”

Joining the 38-year-old Cluxton in the Dublin squad for 2020 will be golden oldies like Diarmuid Connolly and Michael Darragh MacAuley, but youngsters will get their chance as well.

Read more: Dessie Farrell does his own thing

Farrell added, “Look, that’s the nature of sport and there’s always going to be challenging times. The scale of the job is pretty immense. Just the scope and the breadth of it, there’s an awful lot going on.

“I’ve always taken the approach that there are two ways you can live your life.  One as a timid soul, year by year, month by month, week by week, possibly even hour by hour. Or the other is perhaps do the things that frighten you at times. This thing stimulates me, it challenges me.

“I think in my first year as Dublin minor manager, we got to an All-Ireland final, got beaten in that, won it the second year.  So the lesson I take from that is failure, you can learn a lot from it for sure.

“And one of the challenges with this group is that they’ve been so successful, they haven’t had to endure or encounter that. Success can be a lousy teacher, and there’s an onus on us to be very, very vigilant around how we set ourselves up for the season ahead.

“I think the squad does need an injection of new faces and new blood. To what extent? I’m not sure. In the initial period of time anyway, that won’t be to the detriment of anyone else. I’m happy to carry an extended squad until we get to figure it out a little bit more.

“In the initial period for me, it’s more about sitting back and observing the dynamics. I’m in the privileged position to step into the inner sanctum now and to get under the bonnet a little bit and figure out all the moving parts to that, the dynamic of play.

“I’ll be listening a lot more than talking. On that basis then, we can make some judgments and assessments of where we’re at in terms of football or performances or even personnel down the road.”

Defeat on Saturday, just days before his senior players returned from their team holiday to Bali, didn’t upset Farrell too much. He said afterward, “There’s definitely a bit of that because we have to get back to work with the main group quickly.

“That will be our focus now on the opener against Kerry in two weeks.  Most of them are getting in over the weekend so we hope to be back on the field on Tuesday night.

“I was delighted we were competitive. This is about trying to identify the couple of players that we want to bring forward into the squad. That will give us a reasonable assessment of that.”

Longford fans enjoyed the win against the Dubs and so did their manager Pádraic Davis as his team booked a final date with Offaly, 0-16 to 0-11 winners over holders Westmeath in the second semifinal.

David said, “We probably got out of it what we deserved; we certainly deserved a draw anyway. But even had we been defeated we got as much out of that game as we could have wished for.

“It just goes to show you the strength in depth there is in Dublin, good footballers, supreme athletes, and it was a fantastic workout for us. Obviously, they got out of it what they wanted also, they ran a lot of subs in from very early on. All in all, we’re happy to get the result.”

Read more: When the Wild West came to Dublin, the Croke Park Rodeo