How 9/11 led to forever wars and uneasy peace

When U.S. troops finally got out of Afghanistan, many noted that -- whatever you thought of the withdrawal -- it marked an end of so-called “forever wars.” 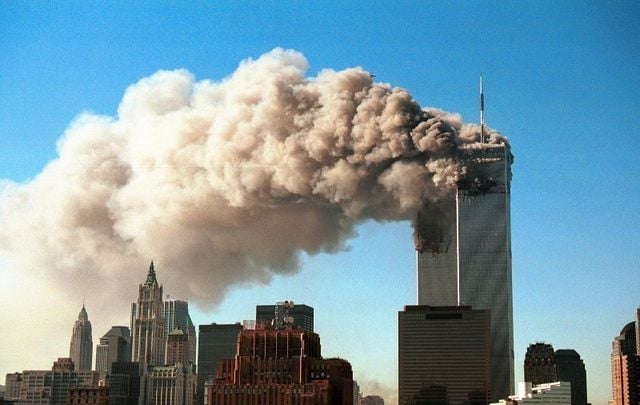 The 9/11 attacks led to a "forever war" in Afghanistan. Getty

BRIAN Francis Mulheren was born in Manhattan in 1947, a time not all that long ago, when swaths of that island were still a deep shade of Hibernian green.

Tammany Hall still had a say in who would run the city, and at the time of Mulheren’s birth, the mayor happened to be a guy named O’Dwyer from Mayo.

Even the fathers of the lunatics who would become the Westies were young lads themselves.

Mulheren seems to have fallen from the pages of an Alice McDermott novel.

His father worked for Con Ed and his mother tended to the children. He was named Joseph and she was Mary, for heaven’s sake.

Brian became a cop a few years after graduating from Dewitt Clinton High School in the Bronx. It was the start of an illustrious career that would see Mulheren become “a veteran detective (and) audacious, deft and indefatigable one-man emergency management liaison between City Hall and the New York Police and Fire Departments,” as The New York Times noted.

To many, Mulheren was “Mr. Disaster.” He died at a Miami hospice last month at the age of 73.

Mulheren suffered from chronic obstructive pulmonary disease, which family members, the Times added, attributed “to Mr. Mulheren's exposure to debris at the World Trade Center site after the terrorist attack in 2001.”

Twenty years on, that day is still taking people from us.

For better or worse, the horrors of that day will eventually recede from the public memory. Like JFK’s assassination, like Pearl Harbor, what was once seemed a nation-changing moment gives way to other things.

Wars in the Middle East. iPhones and Instagram.  Superstorms and Covid.

When U.S. troops finally got out of Afghanistan, many noted that -- whatever you thought of the withdrawal -- it marked an end of so-called “forever wars.”

The U.S. military somehow spent nearly 20 years in Afghanistan. Decades earlier the U.S. military was part of an invasion of an entire continent occupied by Nazi madmen.  A little over a year later, not only had Europe been liberated, but the top madman was dead and the global war was pretty much over.

In other words, it took fewer months to liberate Europe than it took years to achieve whatever America was looking to achieve in Afghanistan.

But that’s where another “forever war” comes in. Because everyone knows why that mission, to use a technical term, went to s***.

Just like many people know precisely why another group of madmen decided to hijack planes and fly them into buildings and sow chaos and sadness.

Because America had grown soft and should’ve bombed the entire Middle East back to the stone age after a suicide bomber killed 241 Americans in Beirut in 1983.

Or because America had spent decades meddling in the affairs of other countries, and what do you expect after all that?

These are in many ways our real “forever wars,” the ones we scream and yell about.

Can we ever give peace a chance with that?

Scream and yell all you want, you still can’t avoid the fact that the roots of what happened 20 years ago stretch back at least as far Hitler, who was rabid in his hatred for the communists in Russia. But they emerged from World War II victorious, and later rolled into Afghanistan which a rebel by the name of Osama bin Laden was not having.

Or maybe what happened on 9/11 actually began with the world maps that might as well have been drawn with Crayola crayons in the wake of World War I.

Or maybe it all started with the crusades, which, depending on your view of things, might be coming up upon their 1000th anniversary.

Either way, thousands died on 9/11, and Brian Francis Mulheren and thousands of others rushed in to look for survivors and remains.

And many of us still believe we have no choice but to scream and yell. About floods and the climate, and masks and mandates.

What else are you gonna do?