Notre Dame doesn't "get to claim oppression in the past, then close your eyes to it in the present." 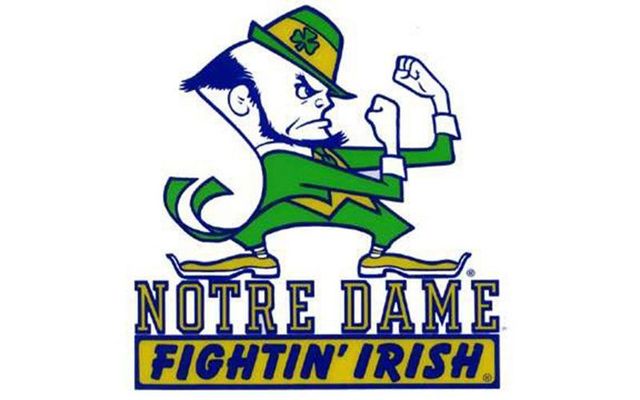 It's best to keep in mind, during current debates, that the world is not divided between martyrs and monsters. Even Le Bron James played for The Fighting Irish.

I don't know about you, but I can’t wait to see former Notre Dame football coach Lou Holtz out there at the next Black Lives Matter rally. Or painting the next bold, yellow mural on the streets of New York -- or maybe South Bend? -- dedicated to the 21st-century civil rights movement.

Perhaps Holtz and NBA megastar LeBron James can even swap tweets about how oppression and intolerance in the past can be used to harness meaningful change today.

Now, I know what you’re thinking. Lou Holtz? Didn’t that loudmouth have to apologize a few years back when he went on a rant about an immigrant “invasion” of America?

Holtz afterward said he was joking. Kind of. And went on to enthusiastically endorse President Trump who proposed building a wall to keep out the “invasion” of those folks who talk funny and have weird holidays and -- worst of all -- like soccer! 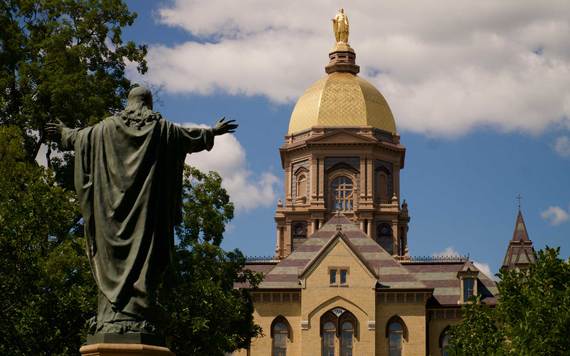 Inside the Notre Dame campus.

But in 2020, Holtz has apparently seen the light. In the latest round of a dumb argument that actually has something serious at its core, Holtz was asked what he thinks of changing the Notre Dame Fighting Irish logo, now that the Washington football team has finally given up its long-criticized name.

But Holtz believes that since the Notre Dame name is rooted in anti-Catholic bigotry, we should keep it to learn from the past.

Notre Dame, however, seized upon a WASP stereotype of the Irish -- boy those sub-human Hibernians really are violent -- and reclaimed it, turning it into a symbol of defiance and resistance.

All well and good. But you don’t get to claim oppression in the past, then close your eyes to it in the present.

So Holtz and his Fox News cheerleaders had better offer full-throated endorsements when other groups “fight” to defy and resist intolerant authorities.

As silly as the Fighting Irish debate can seem, it does offer valuable reminders to both the Fox News and MSNBC crowds.

Republicans love to dismiss arguments about potentially bigoted mascots by arguing that they are not offended by the Fighting Irish leprechaun. And furthermore, their grandparents faced exclusion and bigotry and got over it.

So why don’t today’s complainers just get over it?

But as Holtz himself argued, symbols like the Fighting Irishmen -- embraced by Irish Catholics themselves, rather than foisted upon them by outsiders -- were part of the process of seizing power from the elite. That’s the only part of “getting over it” that really matters.

On the other hand, rather than ever-so-gently remind hypocritical relics like Holtz that the very college that made him rich and famous is, literally, a product of the American immigrant experience, high-minded progressives toss the likes of Holtz into the same white supremacist bin as criminal cops and Confederate generals. And the world remains neatly divided between martyrs and monsters.

Which brings us back to LeBron James. Let’s let him have the final say on this whole matter. Does James have some distant cousin from Cork? Not that I know of.

But before he was in the NBA, James played for powerhouse Ohio high school St. Vincent-St. Mary.